VIOLENCE broke out in the stands between Millwall and Birmingham supporters at the end of their Championship draw.

The game finished 2-2 – but there was plenty of action going on off the pitch at the end. 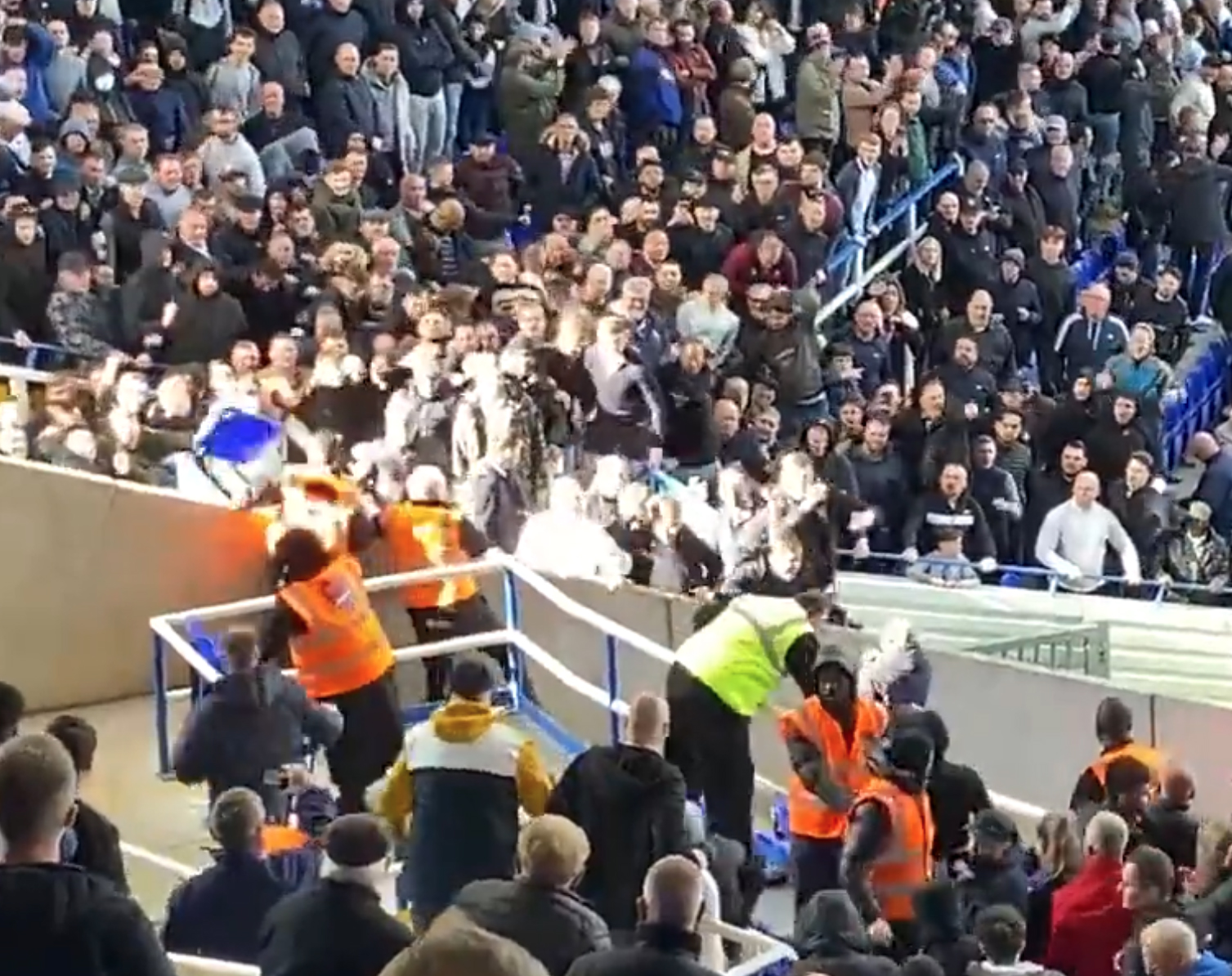 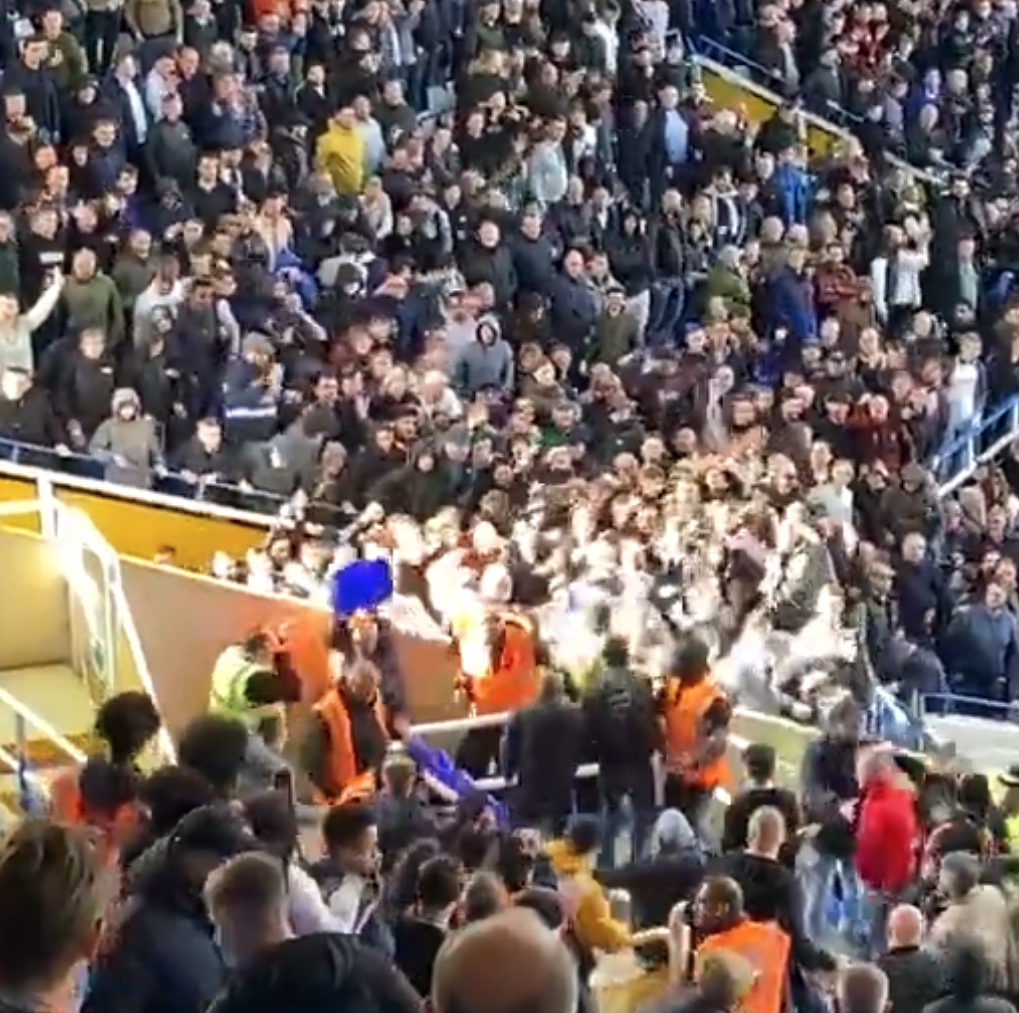 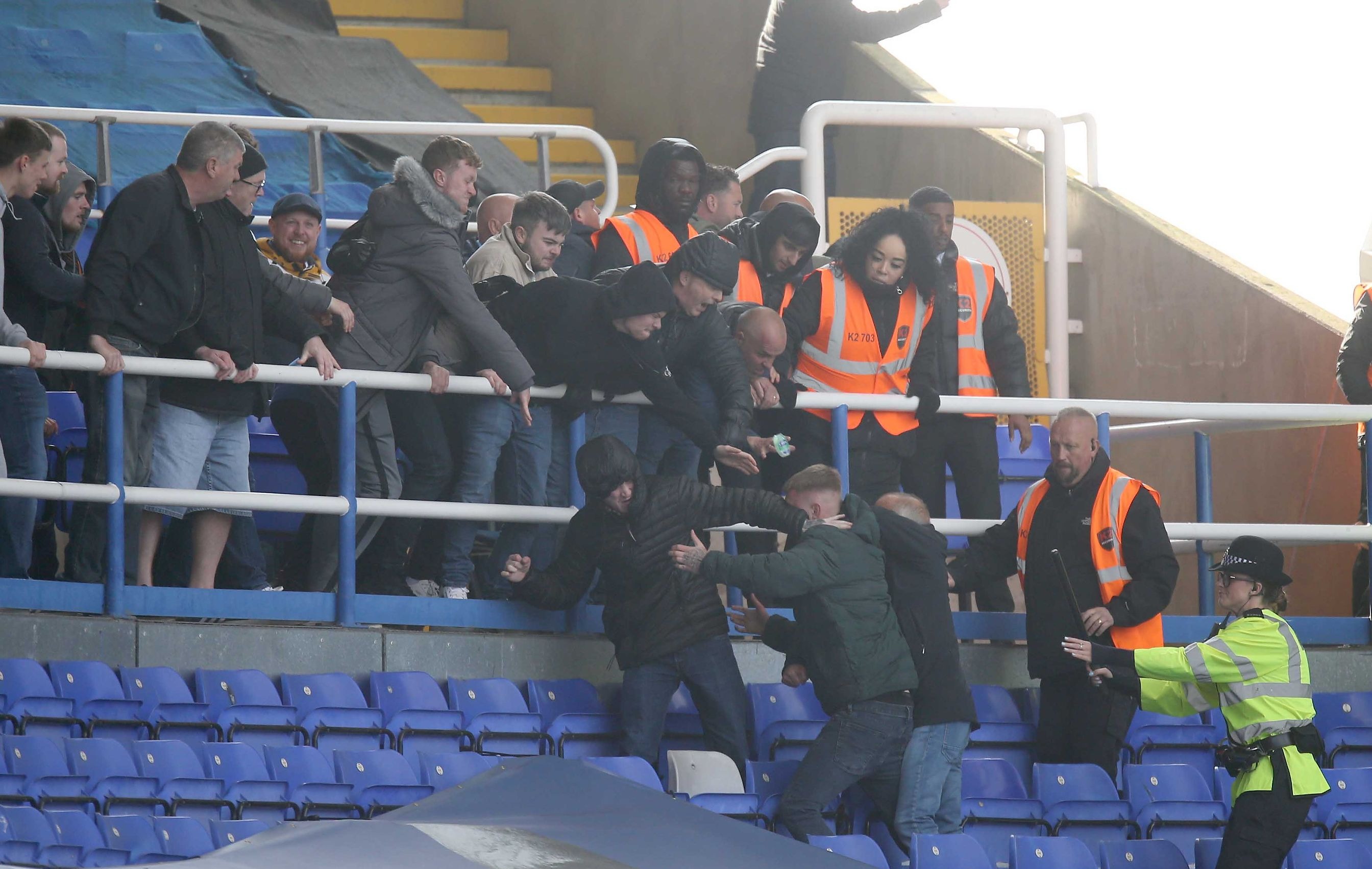 Footage shows a number of seats being thrown towards the Birmingham fans by visitors Millwall.

Stewards tried to get in between the two sets of supporters, with one appearing to have punches swung at him.

Millwall boss Gary Rowett said after the game: "We don’t want to see these sort of scenes at matches.

“My daughter was in the away end today.

“We don’t want to see this and I’m sure that both clubs will look at what happened.”

Benik Afobe had rescued a dramatic last-ditch point for promotion-hunting Millwall from the spot.

Lyle Taylor's spot-kick looked to have sealed a late City win after two crushing defeats before Afobe's penalty tied it up at the death, leaving Millwall three points off the top six. 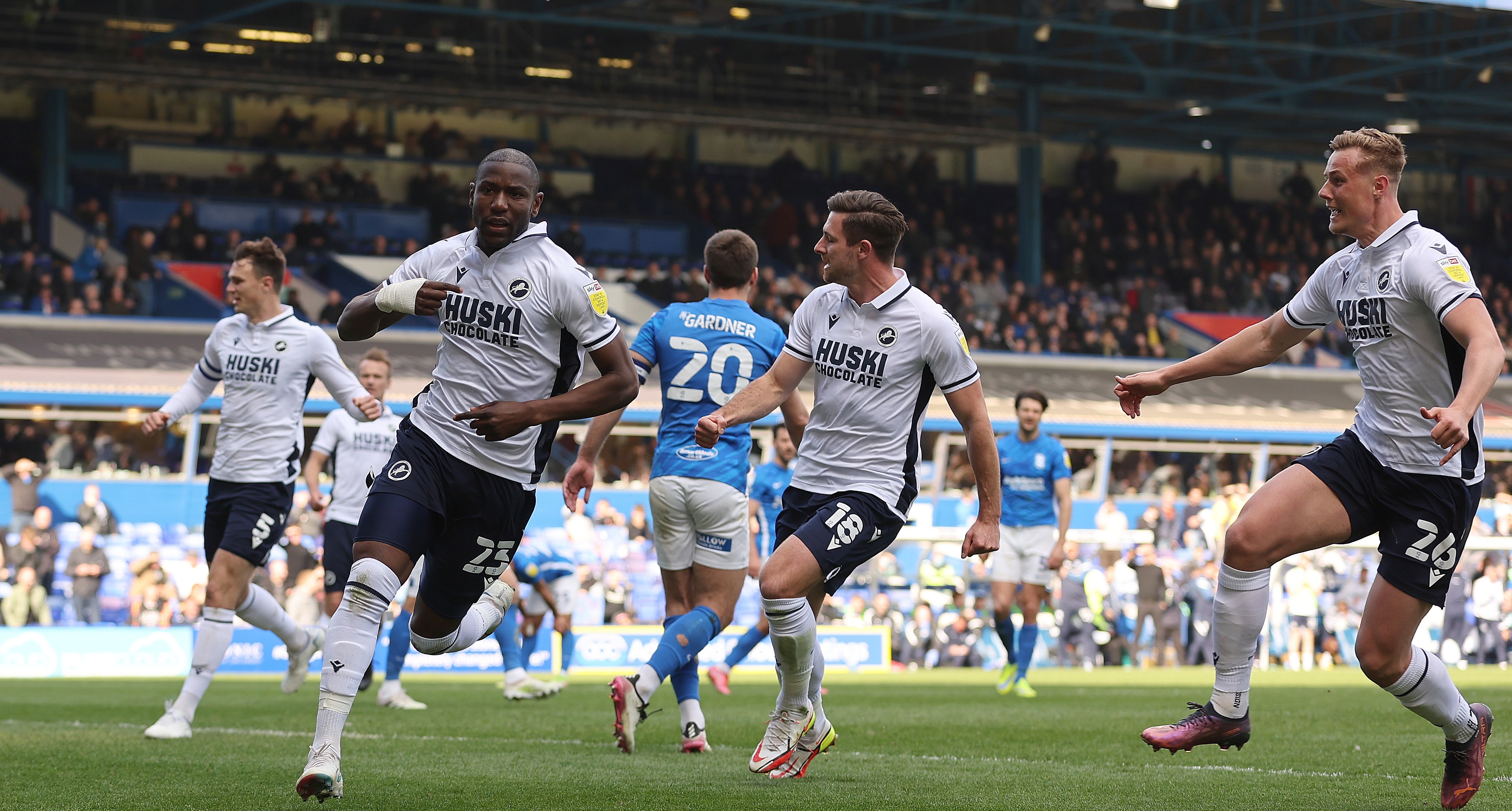 Blues' boss Lee Bowyer said: "It was never a penalty for them.

"Just because the lad goes to ground doesn't mean that the ref has to give it.

"I'm not blaming the player, the officials have to see through it.

"But we were very good from start to finish, we deserved to win and the players did me proud."

Gardner rattled the outside of the left-hand post with a wicked 25-yard free-kick inside the first three minutes as City took the fight straight to Millwall.

Pacey Blues' wideman Juninho Bacuna cut in from the right and tried his luck from 20 yards as the hosts pushed the Lions back.

George Saville sent a 25-yard free-kick high over the bar as Millwall tried to get a foothold in a frantic match Birmingham blew a fantastic chance to draw first blood.

Oliver Burke tried to set up Benik Afobe at the back stick but his ball floated out and Tom Bradshaw was foiled as he prepared to pull the trigger as Millwall upped the tempo.

Blues' keeper Neil Etheridge pulled off a top-drawer stop from Murray Wallace before Ivan Sunjic brilliantly headed an angled bullet from captain Shaun Hutchinson off the line to deny the Lions.

The tricky Dutch winger shuddered the woodwork with a rocket on the brink of half-time after he was played in by Onel Hernandez.

Bacuna went one better to score just 64 seconds after the restart.

The ex-Rangers ace crashed home a thunderous left-footed strike after Hernandez chased down a lost cause on the byline.

Etheridge fisted away Bradshaw's blast before Bialkowski got down to turn away Taylor's 30-yard effort as the contest hotted up.

But Blues surged back in front after 79 minutes.

Taylor picked himself off after being chopped by Saville to stroke the penalty in to the bottom left-hand corner before Afobe's last-gasp twist in the tale.

After snatching a controversial point on his old stamping ground, Lions' chief Gary Rowett said: "To be honest I didn't think either theirs or ours was a penalty.

"Both Taylor and Coops went down a bit too easily.

"We weren't at our best but we have a great never say die spirit and this point could be huge."