RAHEEM STERLING was at the centre of a penalty debate after he went down under a challenge from Andrew Robertson.

The Manchester City forward appeared to collide with Liverpool's Robertson just before the 79th minute in England's clash with Scotland. 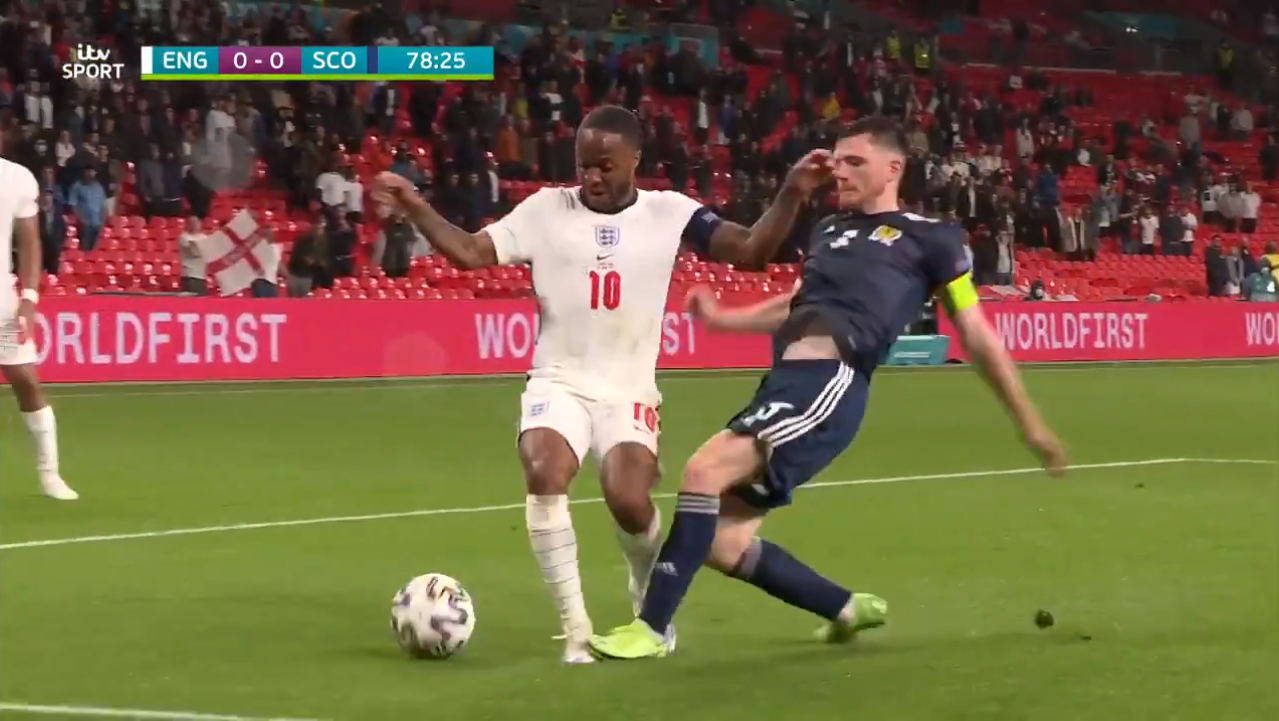 Replays revealed Sterling's toe was stood on, but the referee waved off the Three Lions protests coming his way.

And VAR also chose not to review the call – and fans were split on whether it was the correct decision or not.

One tweeted: "Should have been given."

Another posted: "If that happens in the middle of the pitch, it’s a freekick."

One commented: "No clear dive should of been booked."

Another argued: "No. It’s not a pen. Would 100% have been given in the premier league tho."

‘IT WAS A DECENT SHOUT’, SAYS MARK HALSEY

RAHEEM STERLING had a decent shout for a penalty when Scotland’s Andy Robertson caught the England forward.

There was contact by the Liverpool defender on Sterling’s toe at Wembley late on.

And if Spanish referee Antonio Miguel Mateu Lahoz had pointed to the spot then the Tartan Army could have had no complaints.

It was a subjective decision and not a clear and obvious error so that is why VAR did not intervene.

On closer inspection, ex-England international Lee Dixon, commentating for ITV, believed there was a case for a penalty.

Dixon said: "He just tricks him to putting his foot in, he's actually stood on his foot.

"Whether that warrants enough for him to go down, but the foot comes in, stands on his toe. Tell you what, you watch VAR on this one."

VAR agreed with the on-field official's decision and so did Scottish legend Ally Mccoist as well as former ref Peter Walton, who acted as pundit.

Expert Walton added: "Well, for once in my life I'm agreeing with Ally Mccoist there.

"That's no chance of a penalty kick for me. Sterling, yes he does get slightly tripped but he's gone down far too easy for a penalty."

Tags: down, Go, Raheem, Sterling, Watch
You may also like
Celebrities News