CRISTIANO RONALDO barely looked at Andros Townsend at full-time after the Everton winger scored and copied his celebration at Old Trafford.

Serial winner Ronaldo was undoubtedly gutted to see his side drop three points at home in the Premier League, with Townsend's second half strike cancelling out Anthony Martial's opener. 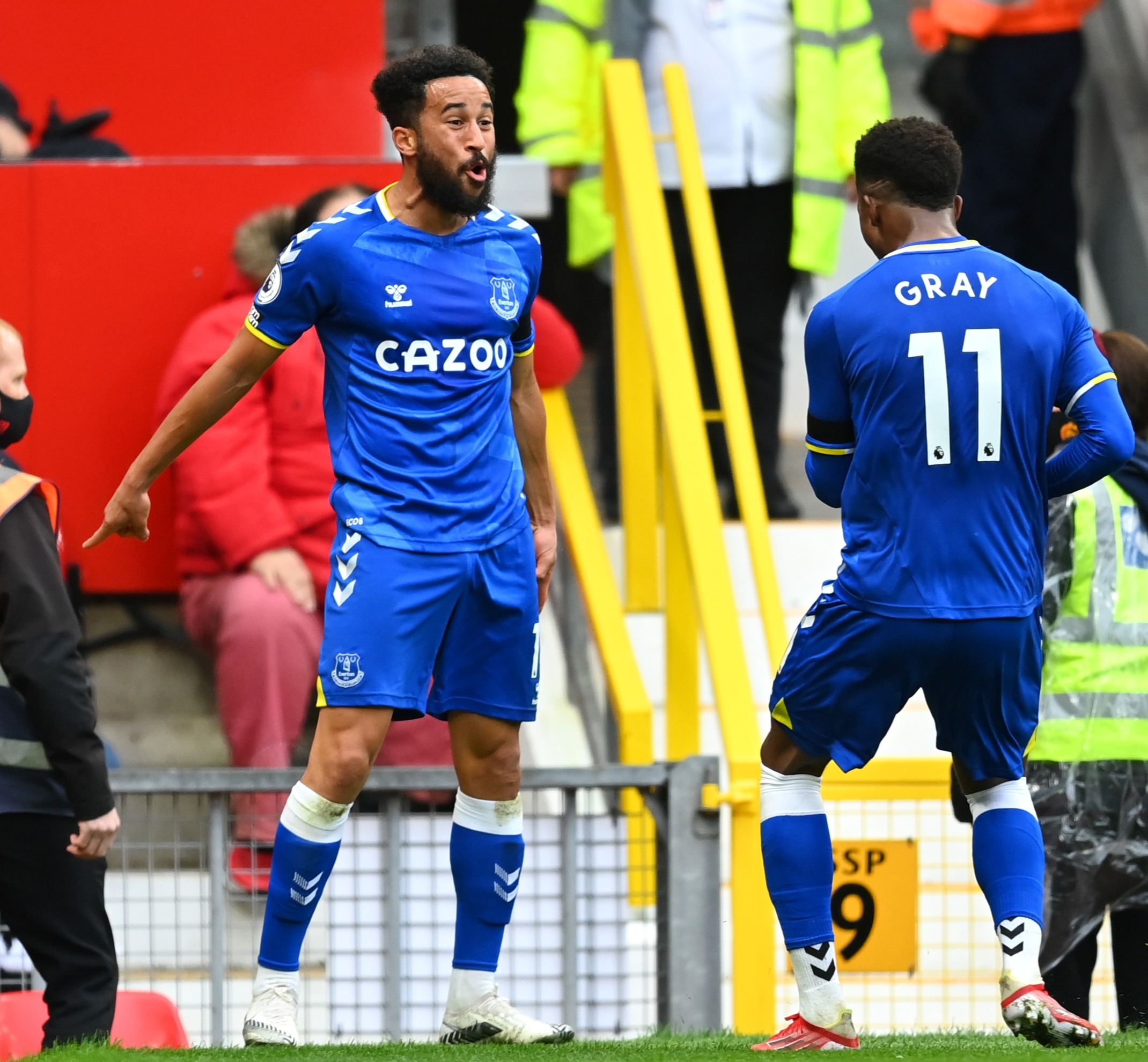 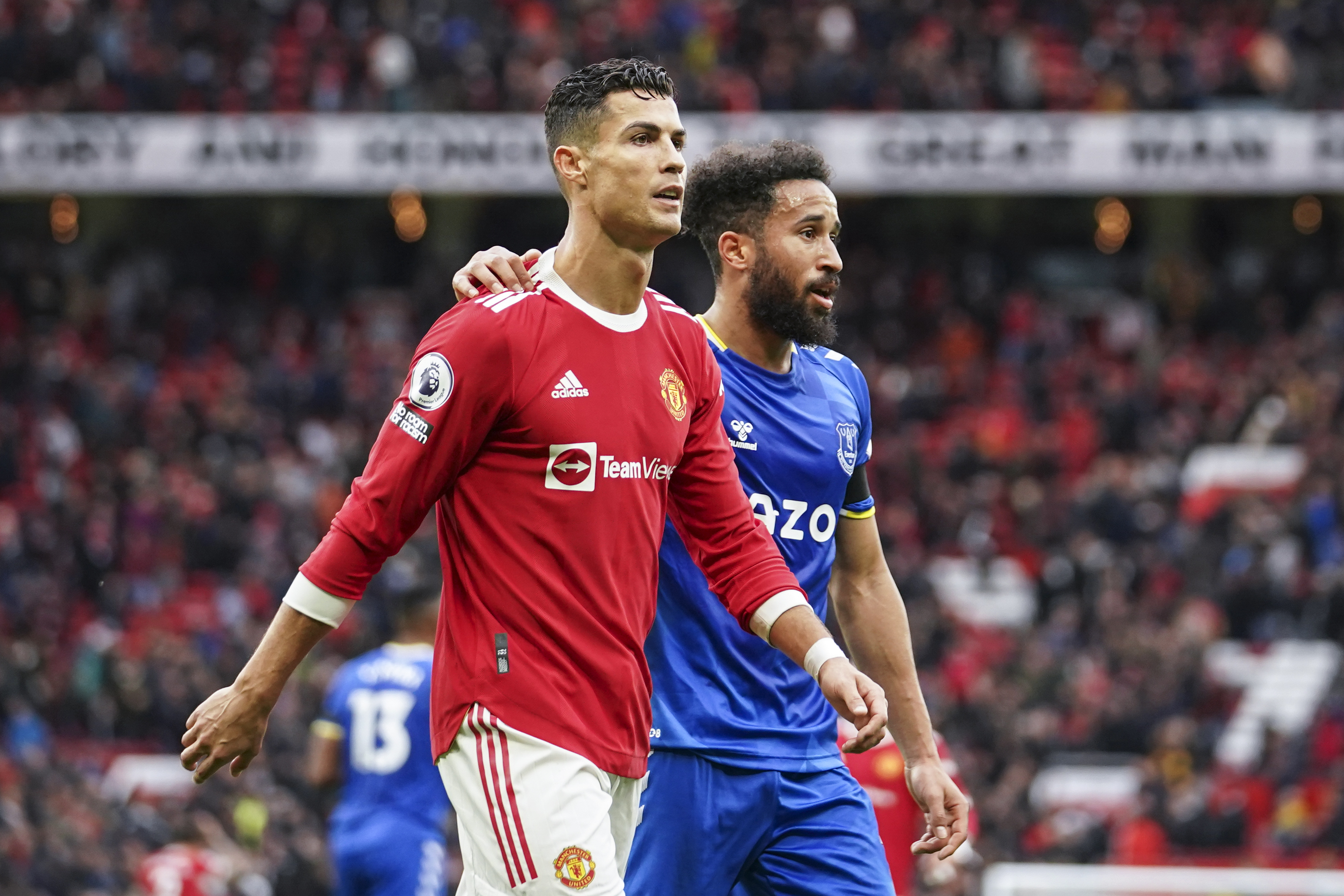 The Toffees winger tucked away a slick counter attack and proceeded to copy Ronaldo's 'sui' celebration in front of the travelling away fans.

Townsend tried to talk to Ronaldo at full-time, but it appears the legendary 36-year-old wasn't in the mood as he issued a short response and barely looked at the Englishman.

Ronaldo then stormed down the tunnel.

Townsend was questioned on the celebration after the game, and said it was tribute to his 'idol' Ronaldo, rather than making a mockery of it.

He told BT Sport: "This guy is my idol. I grew up watching Cristiano Ronaldo and I spent hours on the training pitch trying to execute his techniques.

"Maybe I should have spent a bit longer on the celebration because it wasn't great but it was out of respect for Cristiano and it is an honour to be in the same field as him."

Townsend secured a free transfer to Everton in the summer after leaving Crystal Palace.

The winger has since scored five goals across all competitions this season – silencing those who questioned the transfer in the first place.

The Englishman says he struggled analysing why he wasn't scoring on a regular basis, but the inquest into it appears to have paid off.

He added: "It has been tough for me trying to analyse why I haven't been scoring on a regular basis with the quality I have on both feet but I am working on the training field.

"If I keep working hard and listening to the manager hopefully I can get on the scoresheet.

"He is non stop. If I score in the top corner, he tells me I need to put it in the bottom corner. 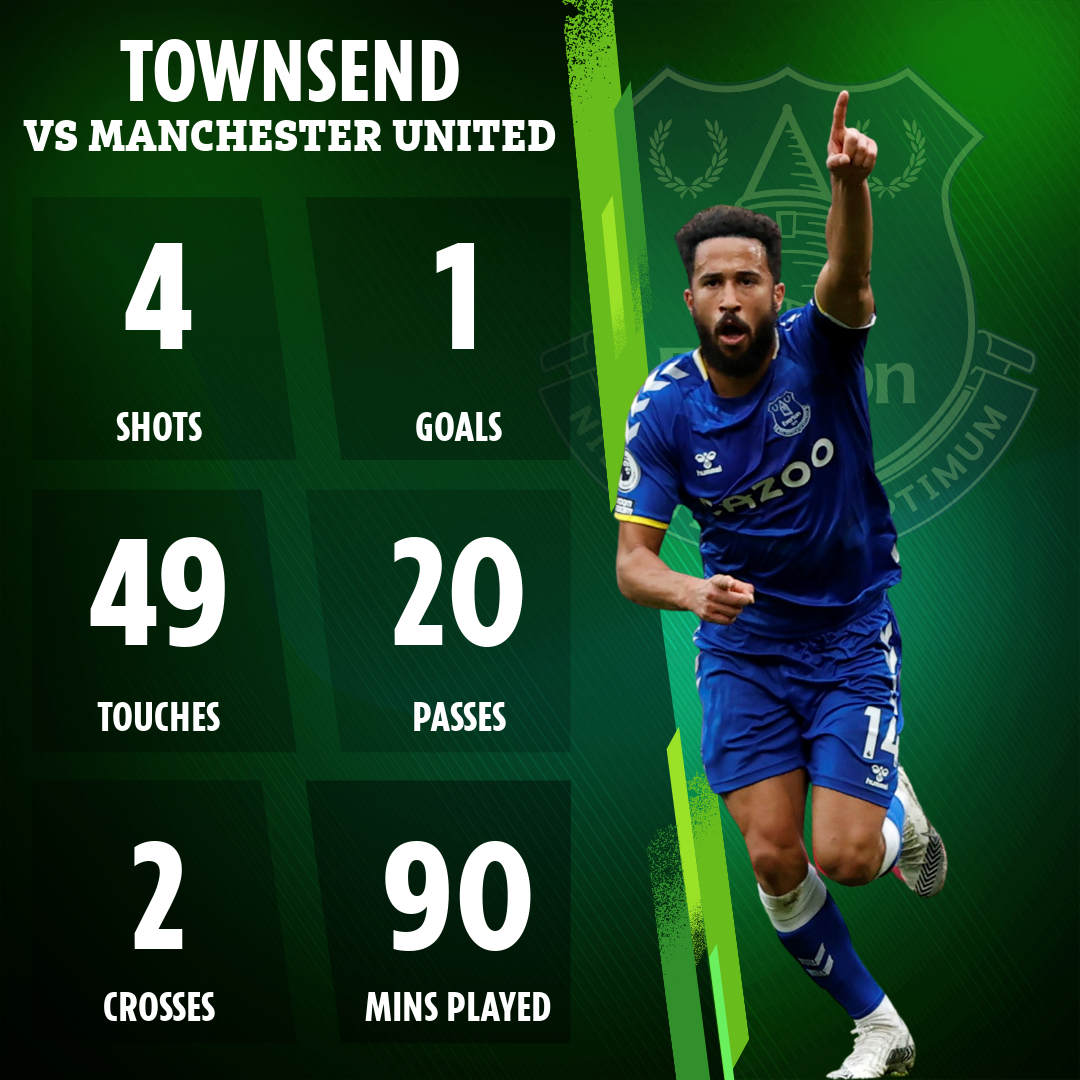 "If I cross out wide he says I need to come in the pockets.

"He never gives you a pat on the back because he knows the quality he has in the dressing room and he always thinks there is a higher ceiling to reach and I love that.

"I am repaying his faith at the minute and long may it continue."