AZ ALKMAAR players were forced to watch Ajax's title celebrations from the team bus as it drove through the middle of their rivals' party.

A 2-0 win for the Amsterdam club on Sunday all-but sealed their 35th Eredivisie crown. 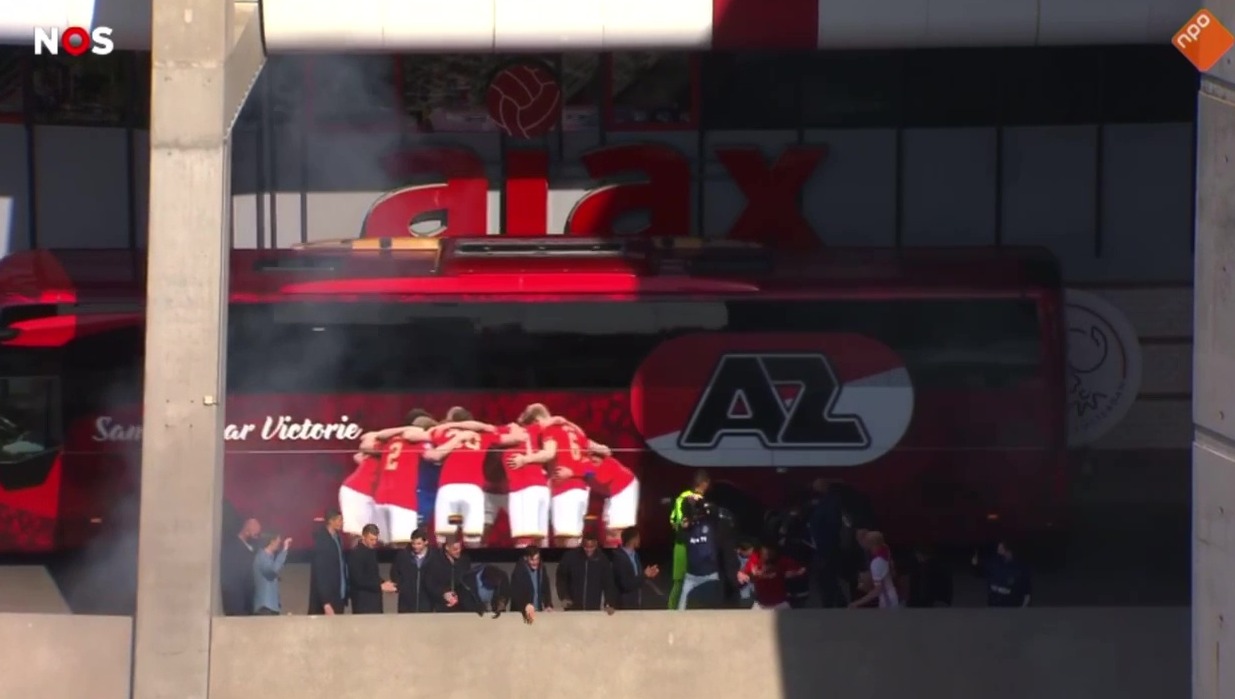 Davy Klaassen scored twice in front of 7,500 fans welcomed back to Johan Cruyff Arena to put the team 12 points clear of PSV Eindhoven.

With four games to go, Ajax are sure to win the title unless PSV can overturn a 33-goal deficit in goal difference.

Following the victory coach Erik ten Hag, Klaassen, Dusan Tadic and Co hung over a balcony at their stadium to celebrate with fans gathered below.

TV footage then picked up the moment Alkmaar's team bus drove right past the players, who were busy dancing and chanting along with their supporters.

Naturally, none of the Ajax team appeared to notice their opponents as they revelled in the assured triumph.

The title heading back to Amsterdam came after last season's Eredivisie was declared null and void at the onset of the coronavirus pandemic. 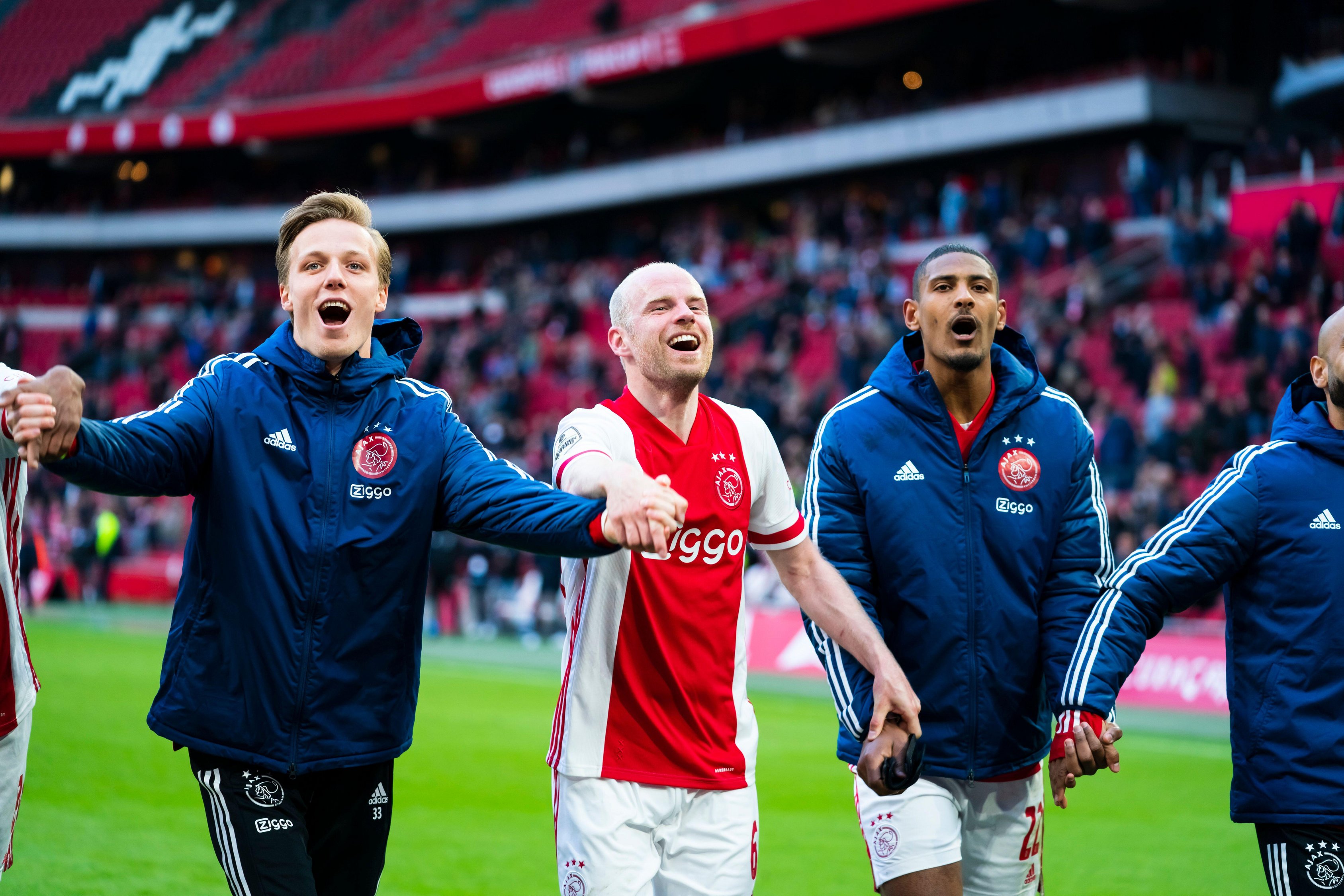 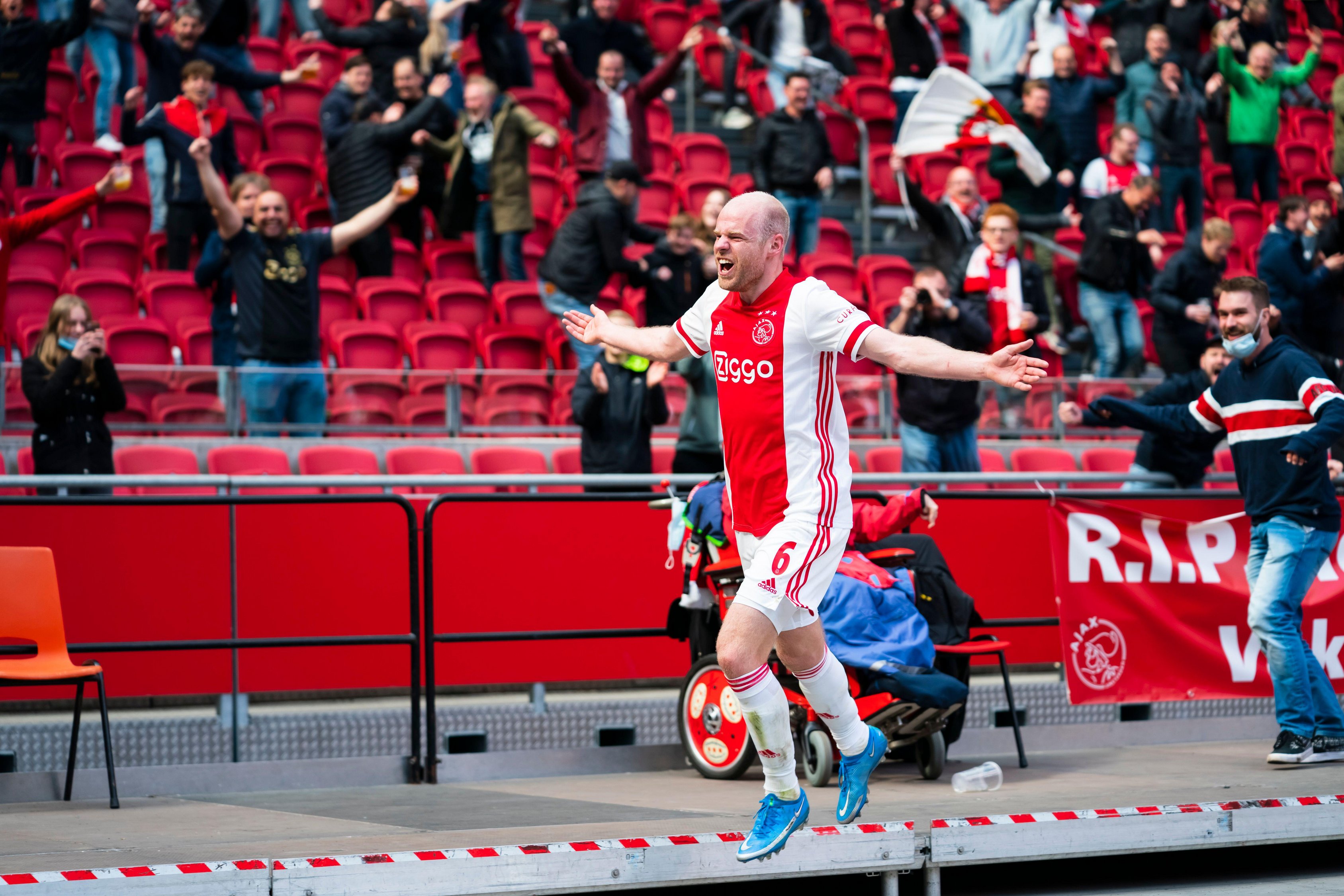 Ajax, the 2019 champions, were level on points with AZ when the campaign was cancelled.

The club had previously gone four years without a league crown amid success for Feyenoord and PSV.

Ten Hag has been linked with the vacant jobs at Bayern Munich and Tottenham in recent weeks.

However, the 51-year-old recently insisted that he will stay with Ajax for at least another year.

He told reporters: "I am concerned with Ajax and not with other developments.

"I still have a contract for one year and am really enjoying myself here. We are building a team that is ready to compete with the big teams in Europe."