PARENTS are being warned that cheap unbranded toys from online marketplaces including Amazon and eBay could choke or strangle their kids.

Which? tested 28 toys bought from four sites – also including Wish and AliExpress – against British safety standards and found 12 posed a safety risk after failing one or more tests. 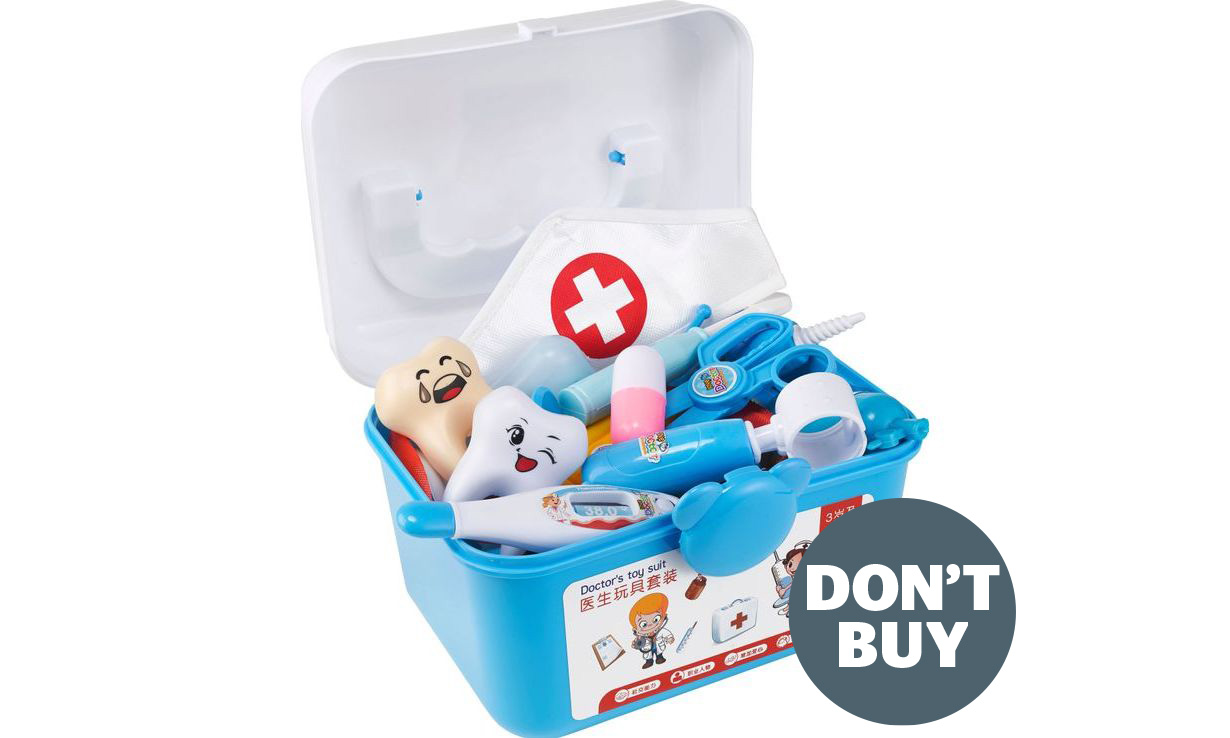 The most dangerous product was a 51-piece doctor’s playset – described as a toy for a baby or toddler – sold on Wish.

It was filled with unsafe toys and had at least 20 choking hazards.

Most of the toys in the set broke into small and dangerous parts far too easily, including play scissors and a notepad which revealed sharp points.

Which? found 50 safety failures among the 12 toys that failed tests, with ten presenting a choking risk and two a strangulation risk for children.

Which?’s advice on how to spot a dangerous toy

Two toys either magnets or batteries that could be easily swallowed.

Wish sold five of the products that failed tests – making it the worst offender.

Three were sold on eBay and AliExpress and only one on Amazon Marketplace. These were products sold by third-party sellers rather than Amazon itself.

UK retailers must ensure toys and other products they sell meet safety rules. 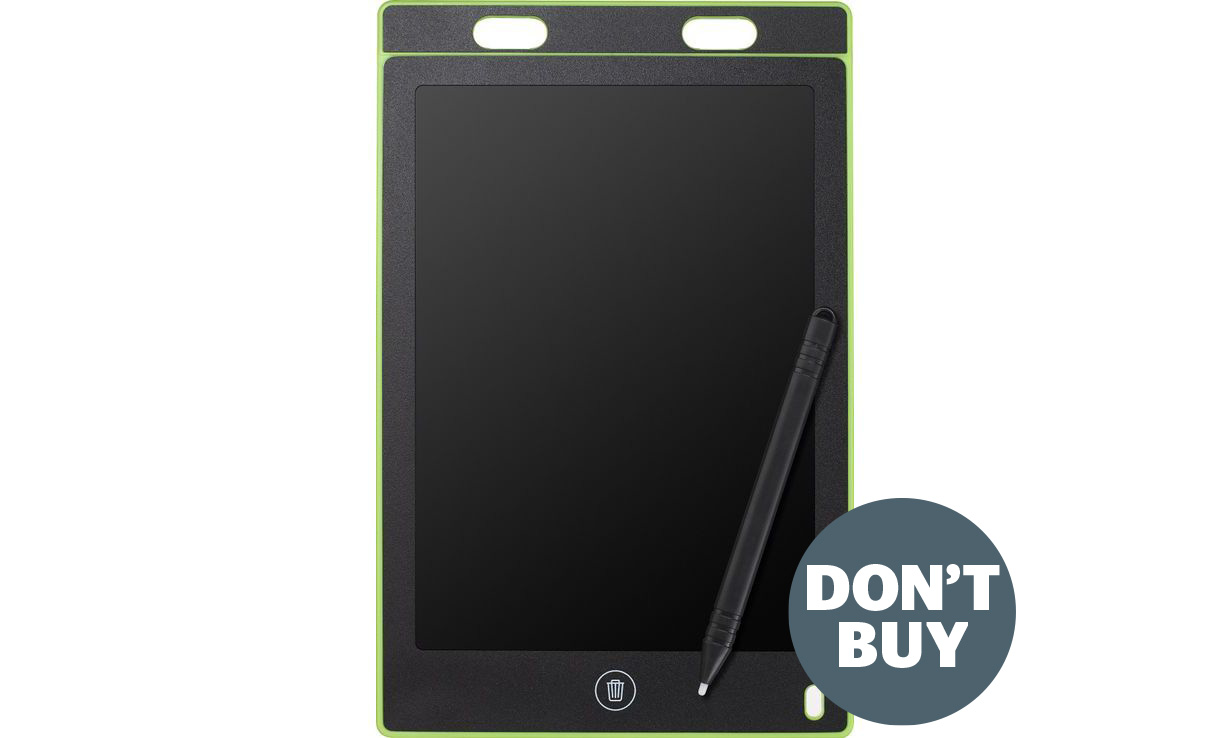 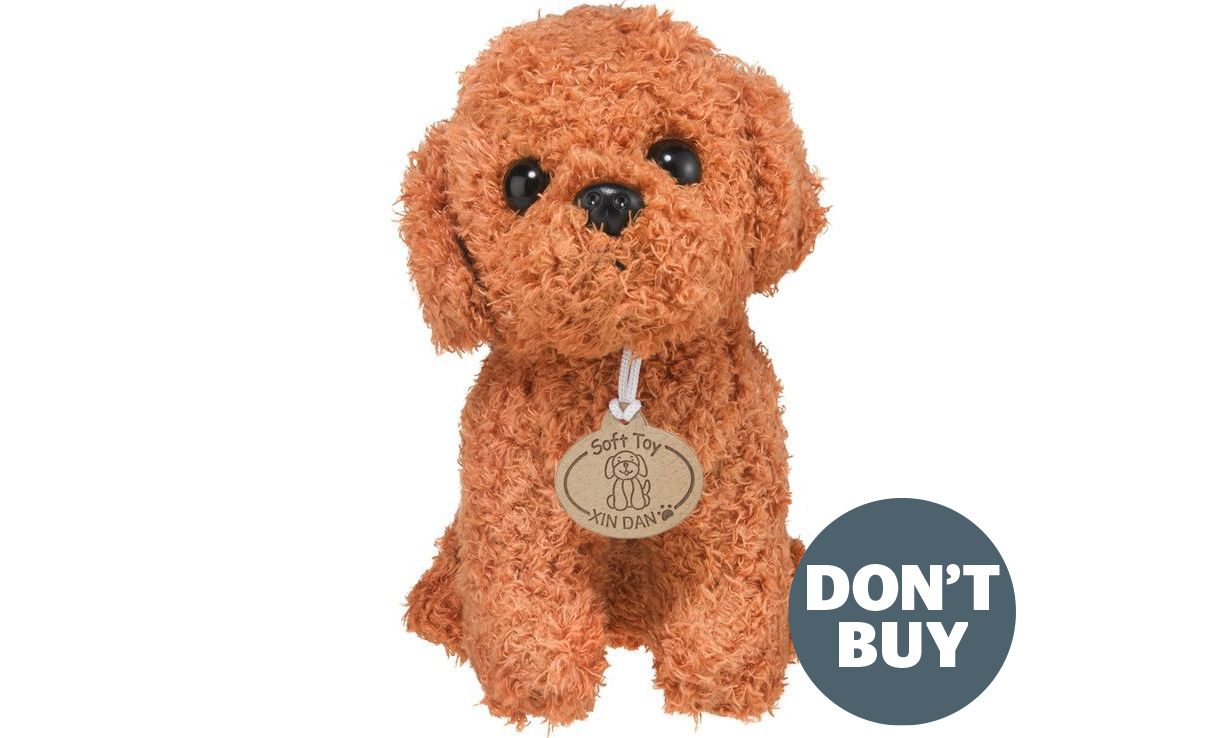 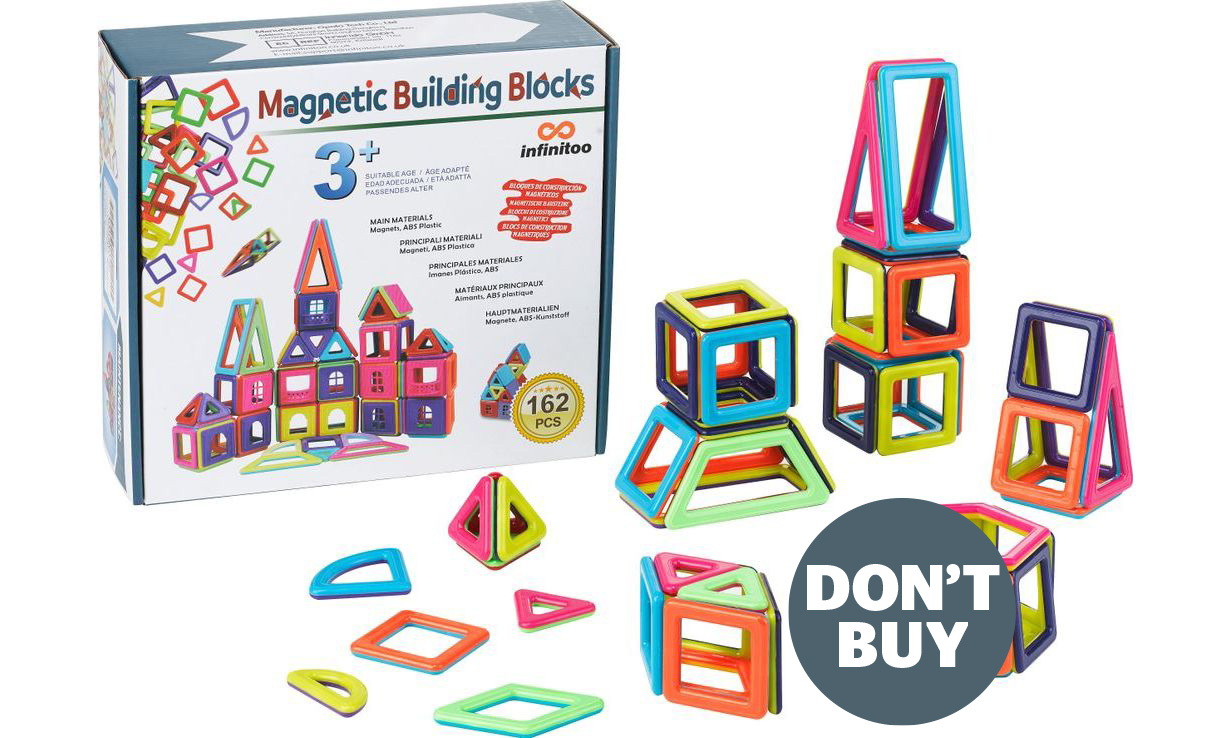 But online marketplaces have only limited responsibility for this – meaning they repeatedly allow unsafe toys and products to make it onto their sites.

Which? is calling for this to change.

The UK’s product safety regulator, the Office for Product Safety and Standards, is currently reviewing the product safety system, including regulation of online sales.

Sue Davies, Which? head of consumer protection policy, said: ““Consumers should be able to trust that products sold in the UK are safe and meet the standards required.

“Yet a woeful lack of checks and monitoring by online marketplaces means dangerous toys are entering people’s homes.

“It is absolutely crucial that online marketplaces are urgently given greater legal responsibility for the safety of products sold on their sites so that consumers are far better protected from dangerous and illegal items.”

All the four platforms said they take customers’ safety seriously. They say they have rules banning unsafe products and will remove any listings that breach these.

An AliExpress spokesperson said: “After being contacted we took swift action and removed the affected products.”

An Amazon spokesperson said: “We have proactive measures in place to prevent suspicious or non-compliant products from being listed and we monitor the products sold in our stores for product safety concerns.”

An eBay spokesperson said: “We have filters in places which automatically block listings which are unsafe or do not comply with our policies. These blocked six million unsafe listings from making it onto site in 2020.”

A Wish spokesperson said: “All merchants on our platform are required to adhere to local laws and safety standards where their goods are sold. In the rare instance where a product falls foul of those standards, it is promptly removed and, where appropriate, the merchant in question faces a potential suspension from the platform.”

Which? also reached out to the sellers it bought the toys from and offered them the opportunity to comment.

But none of the sellers or the one manufacturer it was able to contact had provided a comment by the time of publication.

Which? has warned before that home teeth whitening kits for sale on Amazon, eBay and Wish "can burn gums" as well.

Face masks sold by Asos, Next and Sports Direct were rated the worst in another Which? safety test.

Tags: dangerous, over, Th, toys, warning
You may also like
Celebrities News