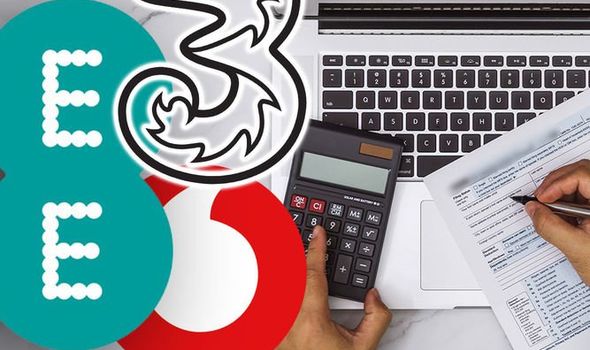 Smartphone owners are being urged to check their latest mobile bill as they could be paying for expensive mobile data they don’t need. According to consumer group Which?, the average UK smartphone owner is now wasting around 14GB of data every single month.

Internet access over 3G, 4G or 5G data connections are comfortably the most expensive part of any mobile contract – including pay-monthly and SIM-only deals – and reducing things could save a considerable amount of money. For example, 4GB of data each month costs around £6 but raise that to 100GB and you’ll be paying over £20. That’s a difference of £14 per month or £168 a year.

The issue of having too much data has been exacerbated by the current health crisis which means most people have been staying at home and connected to fixed-line broadband rather than using their phone signal.

Which? says that it conducted its research in February and found that across both SIM-only and pay-monthly contract users in the past 12 months, 44 percent of respondents have a data allowance of 10GB or more (including unlimited). But when it comes to actual use, 47 percent use less than 3GB and 72 percent use 5GB or less.

“With such a gap between the amount of data people are paying for and the amount used, there could be some easy savings can be made by switching to a more suitable deal,” said Which?

If you are out of contract it’s definitely worth checking your bill and seeing exactly what you use each month as you could save a considerable amount of money. It’s also worth shopping around as there are networks that offer the ability to carry over spare data. Sky Mobile, for example, is one operator that has a ‘Piggybank’ option where unused data can be stored and used at a later date.

If you’re unsure what data you’ll need when we all get back out on the road another option is to switch to a provider that doesn’t have a long-term, contact to sign up to.

Networks such as SMARTY allow you to use their services without being tied long term. That means you can leave or switch to more data at any time. If you think you are paying too much for data here are some low-cost options.