Vicki Gunvalson and Steve Lodge break up after 2-year engagement

Vicki Gunvalson implied that ‘Housewives’ could die from COVID-19 vaccine

Vicki Gunvalson is opening up about her breakup with fiancé Steve Lodge for the first time.

The “Real Housewives of Orange County” alum, 59, shared an inspirational quote about “healing” and “miracles” via Instagram Wednesday as well as a selfie with Lodge, 63, that she digitally shred in half.

“Yes, the rumors are true,” she captioned the post. “The time has come for Steve and I to move forward or move on and we are …. moving on.”

Gunvalson added, “There is no fault with either person, we are just going in different directions. I wish him the best life has to offer and to be happy, and he has wished the same for me.”

Noting that she and Lodge “both have no further comment,” the former Bravolebrity concluded her statement, “I gave it my all, but sometimes the ‘ALL’ isn’t enough.”

In addition to the “Vibe of the Day” quote that Gunvalson shared, she included a meme that read, “Sometimes, holding on does more damage than letting go.”

She wrote in the caption that it seemed “pretty appropriate for what I’m going through.”

Page Six confirmed Tuesday that the two had called it quits. 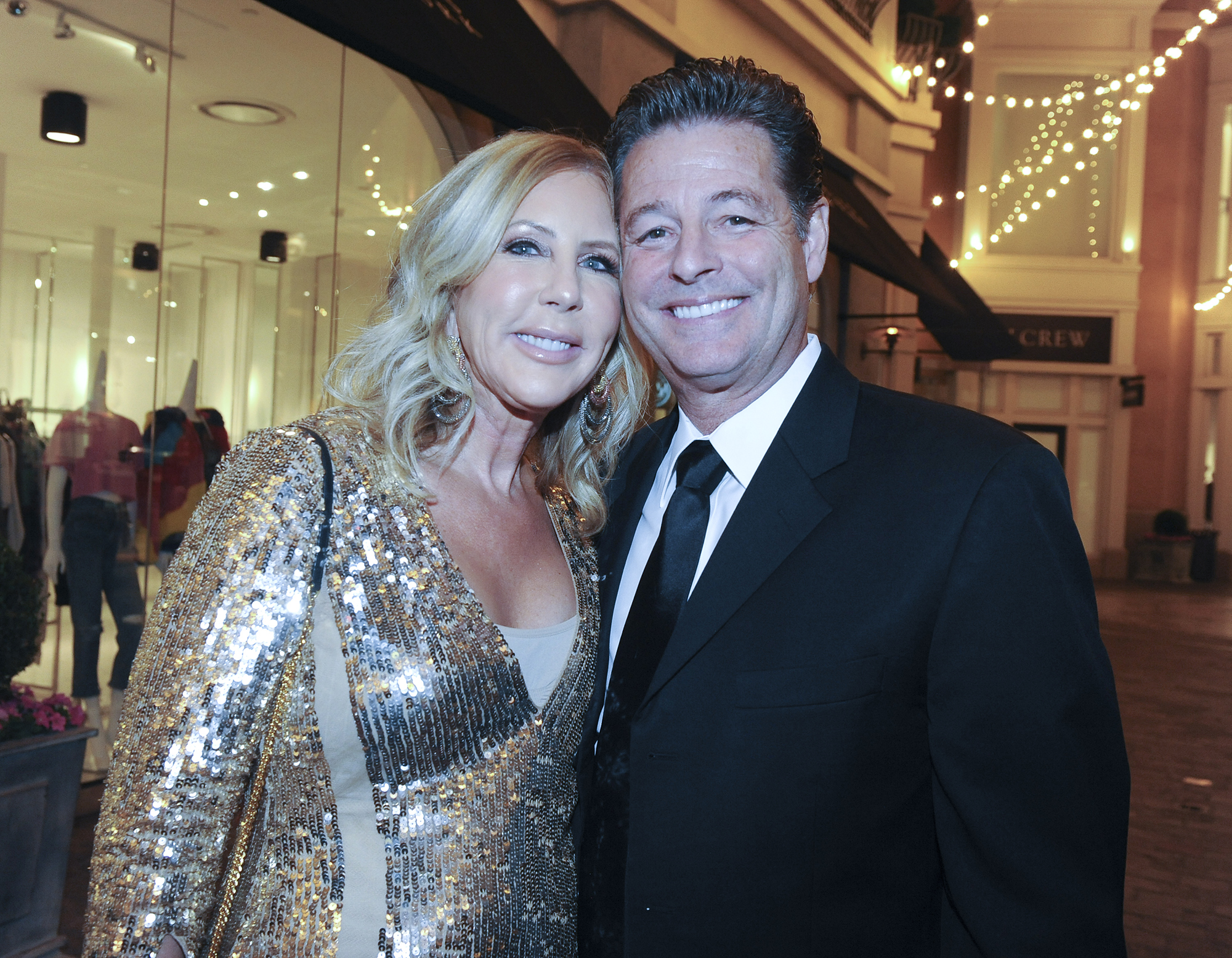 E! News first reported that the gubernatorial hopeful was the one who “ended things” after they tried reconciling following a June split that the reality star had initiated.

“Steve and Vicki had been living separately for much of the pandemic,” a source told the outlet. “Steve had been living like he was a single man in Puerto Vallarta, while Vicki was in the US.”

Lodge popped the question in April 2019 after asking his and Gunvalson’s six children from previous relationships for their blessing.

The former “Housewife” shares daughter Briana Culberson and Mike Wolfsmith with ex-husband Michael J. Wolfsmith, while the politician has four of his own kids.

Lodge has yet to comment on the breakup as he continues to vacation in Puerto Vallarta, Mexico. His Instagram Story Tuesday included a photo of a beach with the caption, “Only worry is the tide gonna reach my chair,” lyrics from the song “Knee Deep” by Zac Brown Band.