Matthew Evans was looking out of his top-floor flat when he made the shocking realisation that something unusual was in the sky. The UFO appeared to have four bright lights in a triangular-shaped formation, which Mr Evans managed to take photos of before it disappeared.

The UFO lingered above the seafront for “10 seconds” before it rapidly “zoomed off”, he said.

Mr Evans, who is originally from Tidmouth, Devon where the sighting was made, is certain the object was not a standard aircraft because of the way it moved.

He said: “I couldn’t help but see it.

“My kitchen window gives a great view of the sea so when it came across the horizon – it wasn’t moving like a plane would. 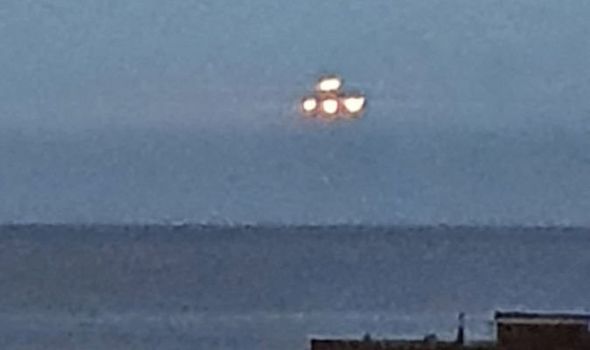 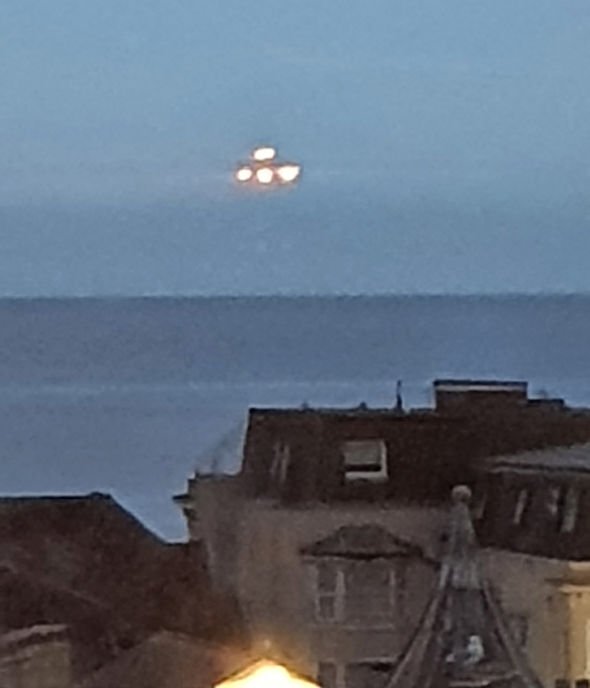 “It was moving a lot slower and went up and down for a bit before hovering a good ten seconds.”

The 36-year-old managed to take some pictures of the object before it whizzed off into the distance.

Mr Evans added: “It stayed in one spot long enough for me to pull out my phone and get those snaps.

“Then it quickly zoomed off at some speed and I couldn’t see it anymore.” 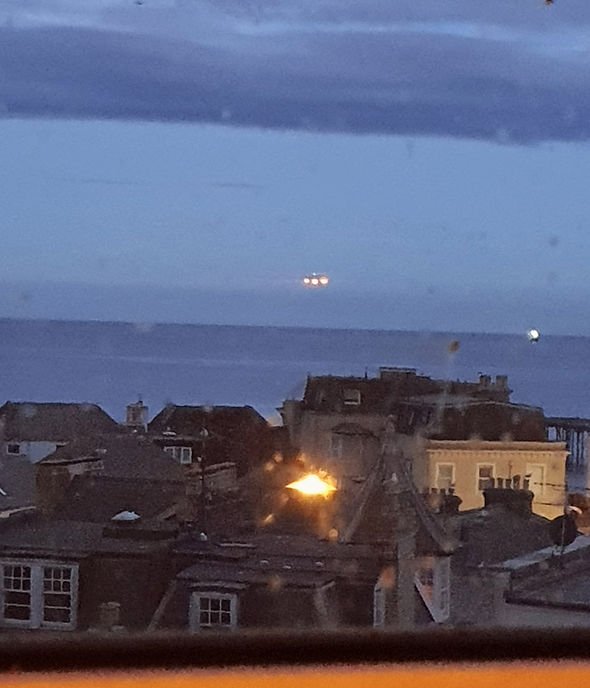 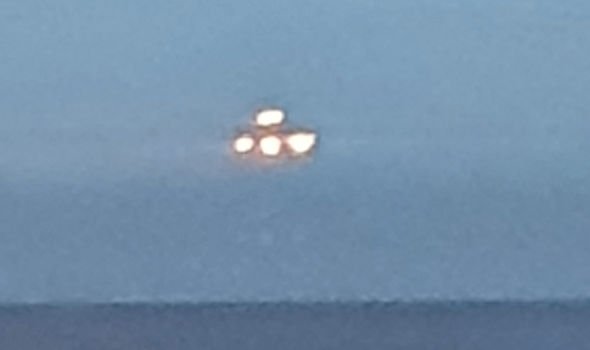 Despite Mr Evans being confident that what he saw was a UFO, he has not let the sighting shake him.

He said: ”The light was really bright. I just didn’t know what it could be so I decided to take a picture.

“I’m not quite losing my marbles yet.

“But it’s hard to place it so I suppose it is an unidentified flying object.”