TYSON FURY is open to fighting in a cage with MMA gloves – but ruled out a UFC switch as he said grappling is 'not noble science'.

The unbeaten WBC champion has hinted at debuting in the octagon once he hangs up his boxing gloves. 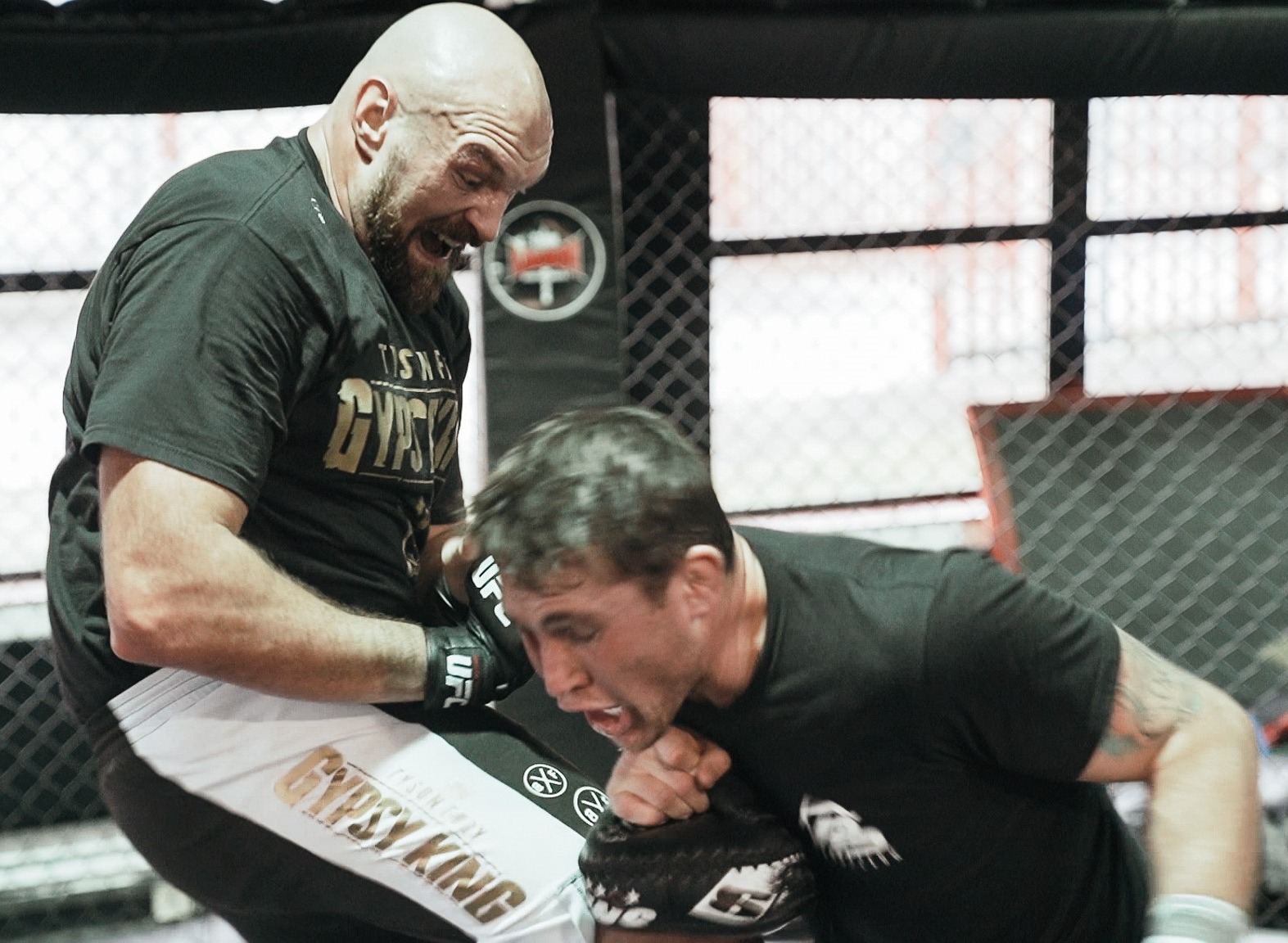 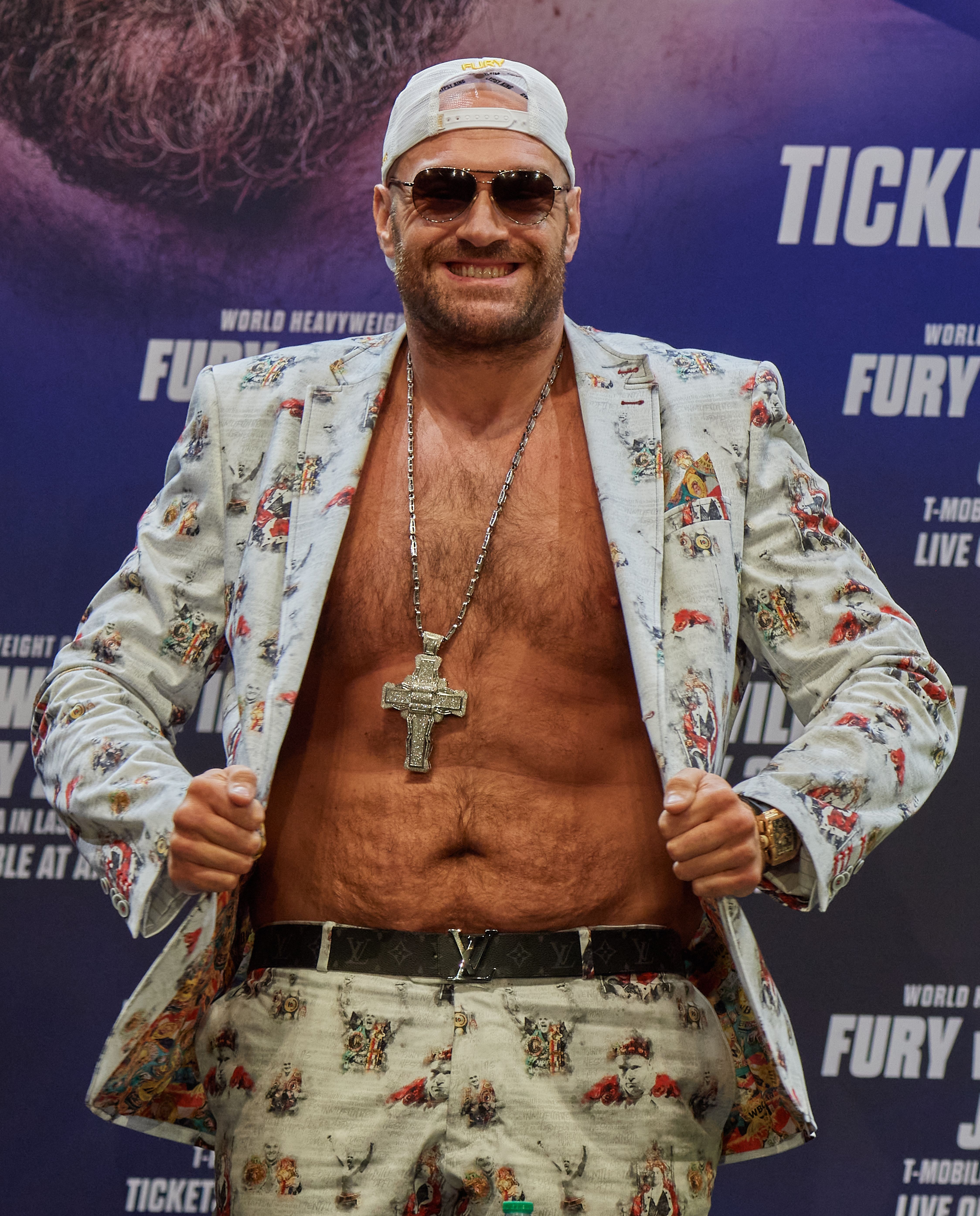 And Fury, 32, even spent some time training with former UFC title challenger Darren Till, 28, in 2019 working on MMA training.

But it still has not convinced Fury, who had trained with UFC veteran Nick Diaz in Miami, to make a similar move.

He told talkSPORT: “No, I’ve got no real interest in grappling up and down on the floor and all that sort of stuff.

“I’m a stand-up fighting man, I don’t wrestle up and down and grab each other’s arms and sit on each other and all that.

“I’ve no interest in all that stuff; I like to stand up and fight so would I ever compete as an MMA fighter? Hell no!

“Would I compete with small gloves on in a cage in a fight? Yes. But no gripping and grappling.

“The noble art of standing up and what men have been doing for centuries; I don’t see any noble science in wrestling up and down the floor.

“No disrespect to any of those guys who do that, but it’s none of my interest. Nothing that I would ever want to do.

“In my world, when a man goes down, you stand back and let him come back up again because you don’t want a rock or a fall to spoil your victory.

“I’m not going to let someone say, ‘I tripped over and he beat me that way.’ I want him to get back up and fight fair.

“When a man goes down, you get in and give him a ten count and let him fight on if you can.

"That’s how we fight, that’s how it’s been going on for thousands of years.”

With Fury's sole focus on boxing, his attention is firmly fixed on heavyweight rival Deontay Wilder, 35, ahead of their trilogy fight.

The Brit first drew with Wilder in 2018, but empathically won the rematch last February.

Fury looked to be in line for an undisputed title decider with Anthony Joshua, 31, in August having attempted to move on from his contracted trilogy with Wilder. 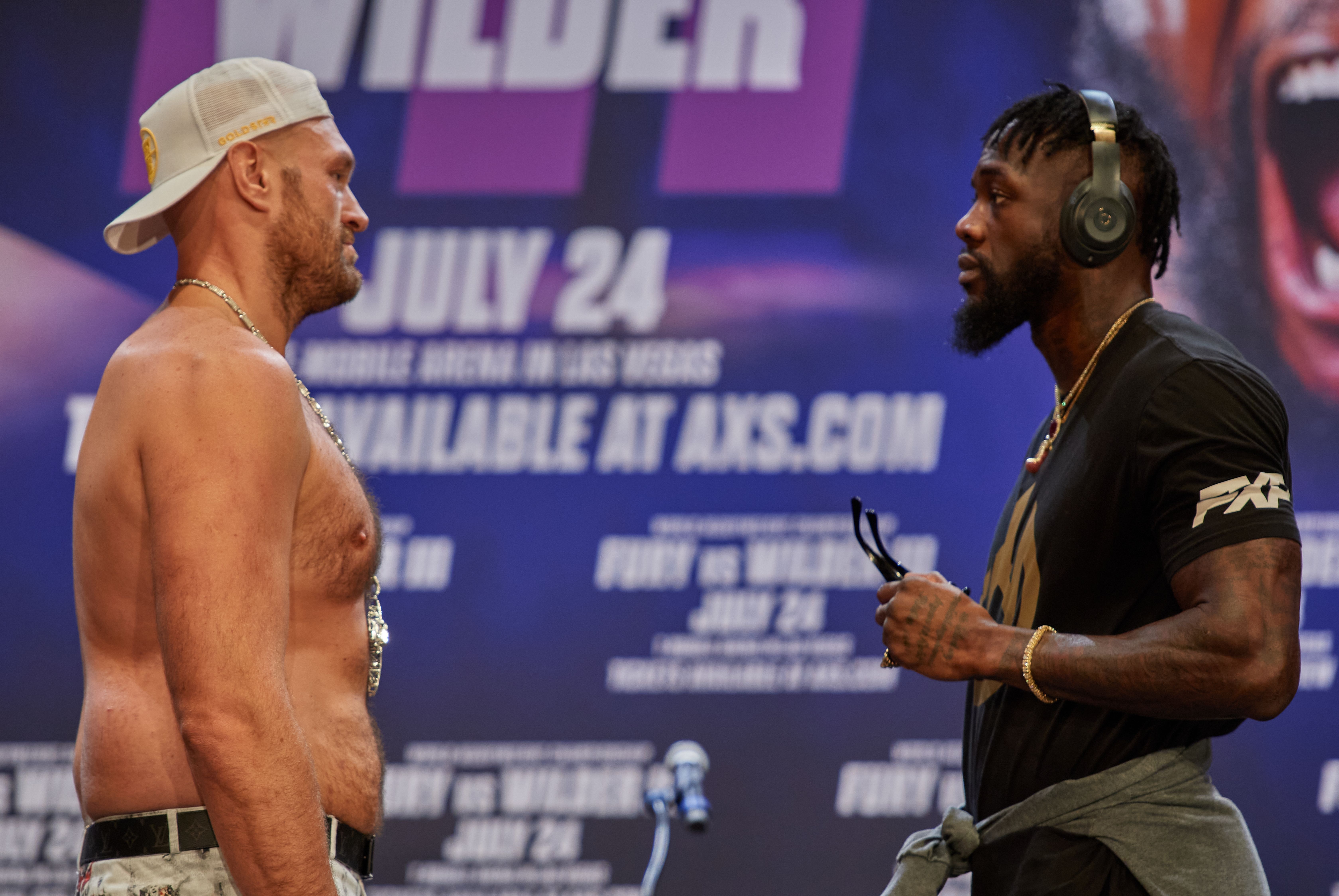 But the American took his case to arbitration and after months he was awarded the right to another fight with the Gypsy King.

It has set up a second rematch set for July 24 in Las Vegas, and Fury has guaranteed he will improve on his seventh-round win last year.

He said: "I gave my game plan away the last time because he wasn't good enough to do anything about it," said Fury. "I'll do the same thing this time.

"Wilder is a one-trick pony. What I'll do this time? I'll run him over like I'm an 18-wheeler. I guarantee he does not go past where he did before.

"Before, I only had five or six weeks practicing what to do to him. This time, I've had 18 months.

"I'm building my weight up, trying to get up to 300lbs, because I'm looking for a big knockout straight away.

"He's doing this for the wrong reasons and, when people do that, they wind up getting hurt."

Tags: Cage, fight, Fury, open, to, Tyson
You may also like
Celebrities News