When the first six episodes of Twentysomethings: Austin dropped on Netflix on December 10, curiosity began sinking in with viewers. By the time the second half of the season dropped on Friday, December 17, it began climbing the charts.

Little did viewers know that the show had wrapped only one month before and that it was originally supposed to follow these individuals in a post-pandemic life.

Get to Know the ‘Twentysomethings: Austin’ Cast

“[The production company] thought the pandemic was over after [the] Delta [variant] started to calm down. Everyone was getting vaccines and they were like, ‘People are going out again. We should capture what it’s like to be in your early twenties, when you haven’t really figured out your life yet because you’ve been, like, a hermit living with your parents or something. Let’s watch this generation come out and get their feet wet,’” showrunner Ian Gelfand told Us Weekly exclusively about the series, which wrapped in November. When the writer was brought in, they started throwing around other ideas — and settled on creating “the real version of Friends.”

That pitch was also the reason that the group lives separately: The four women, Abbey Humphreys, Isha Punja, Natalie Cabo and Raquel Daniels, lived in one house while the four men, Bruce Stephenson, Michael Fractor, Keauno Perez and Kamari Bonds, lived next door. 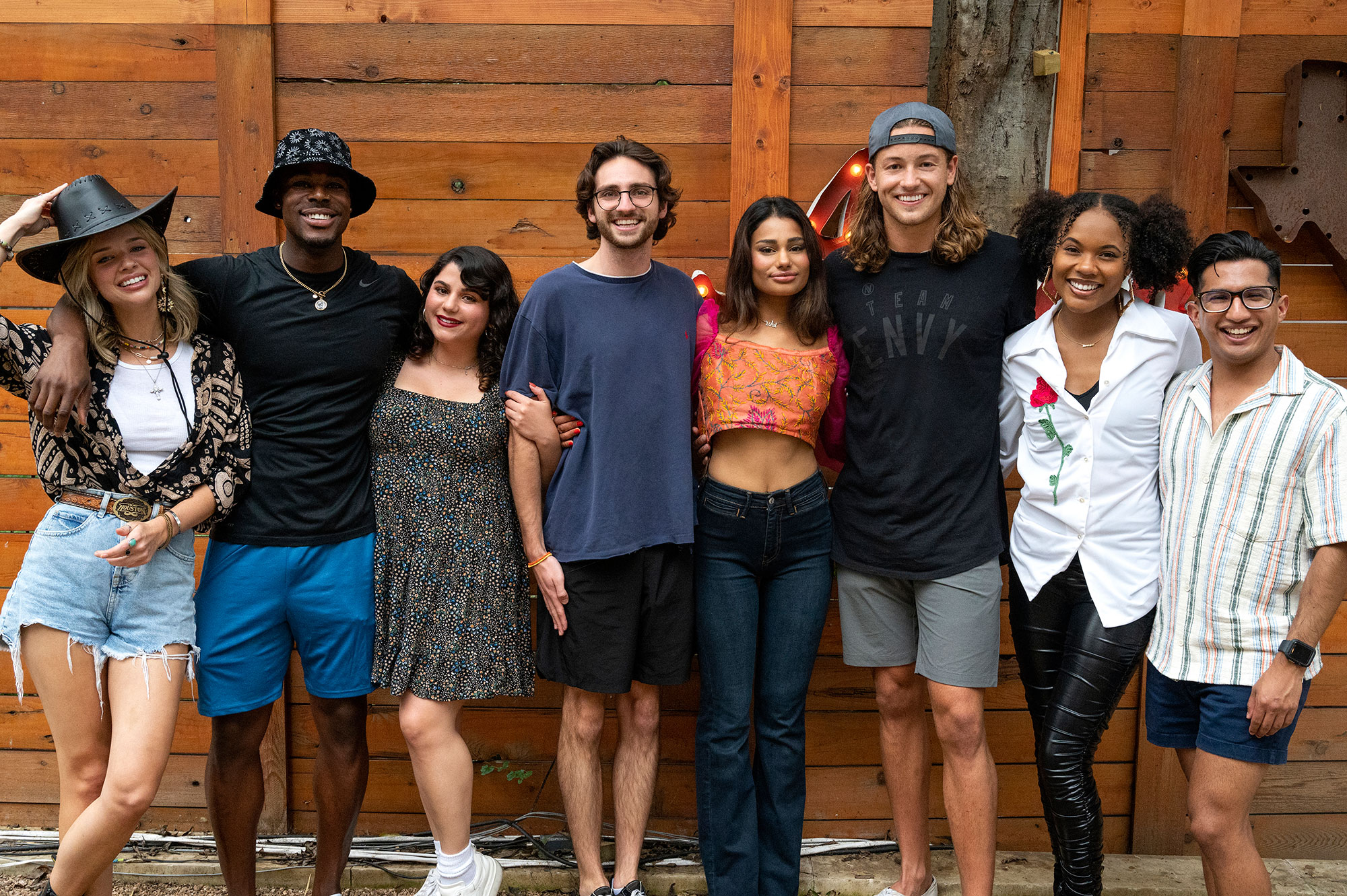 “We kept talking about this idea of Friends, and how Friends had them in opposite apartments right across the hall from each other,” he explained. “We just wanted to try something like that and see how it worked, and actually we feel that worked really well. Nobody is uncomfortable, everybody has their own room. Everyone has a place they can go.”

When the show was first announced, revealing that eight young people would be living together and navigating the ups and downs of living on their own, many couldn’t help but compare it to The Real World.

How Much Reality Stars Get Paid for ‘The Challenge,’ ‘The Bachelor’ and More?

“At first, I’d get really upset [by the comparisons]. This is a different show, and every show takes elements from every other show, but you know what? The Real World was on for 30 years or something. If you’re comparing me with a show with that much staying power, I’ll take it. I’m not gonna, I’m not gonna scoff at that,” Gelfand explained to Us. “I do feel there are differences between this and The Real World. On The Real World, they all get a stipend of $1,000 a week or whatever. They don’t have to work. There’s a lot of drama. I don’t know if the term ‘real world’ actually works for that. I feel we’re much realer. But I don’t wanna bash anybody. It’s a great show to be compared to.”

This time, the group doesn’t get any stipend whatsoever. In fact, many of the cast members are shown worrying about how they’ll make money and whether they can really afford to live on their own in Texas. The Netflix show didn’t cover any costs of living.

“We never put food or anything in the house. They had a buy their own food. Of course, we didn’t let them starve,” the producer explained, noting that during crew lunches, the cast would also eat, of course. “In general, anything that they did — especially on their own — they’d cover. They would buy their own food every week, if they went out to the movies or went out to food, they would pay for that. When we would want them to do something just for us, then we were willing to pay for that, but in general, they had to take care of themselves. And believe me, they would ask me for advances!”

As for the future of the series, there have been talks of filming a reunion special down the line or putting together a new season in a new city. For now, Gelfand is just hoping people can relate to Twentysomethings: Austin.

Listen to Watch With Us to hear more about your favorite shows and for the latest TV news!