ANTONIO CONTE needed subs Lucas Moura and Harry Kane to save Tottenham from the biggest FA Cup humiliation in their history.

Spurs trailed to Anthony O’Connor’s first-half opener until the 75th minute before a fluke Harry Winks equaliser and late strikes from Moura and Kane saw Conte’s side through to round four. 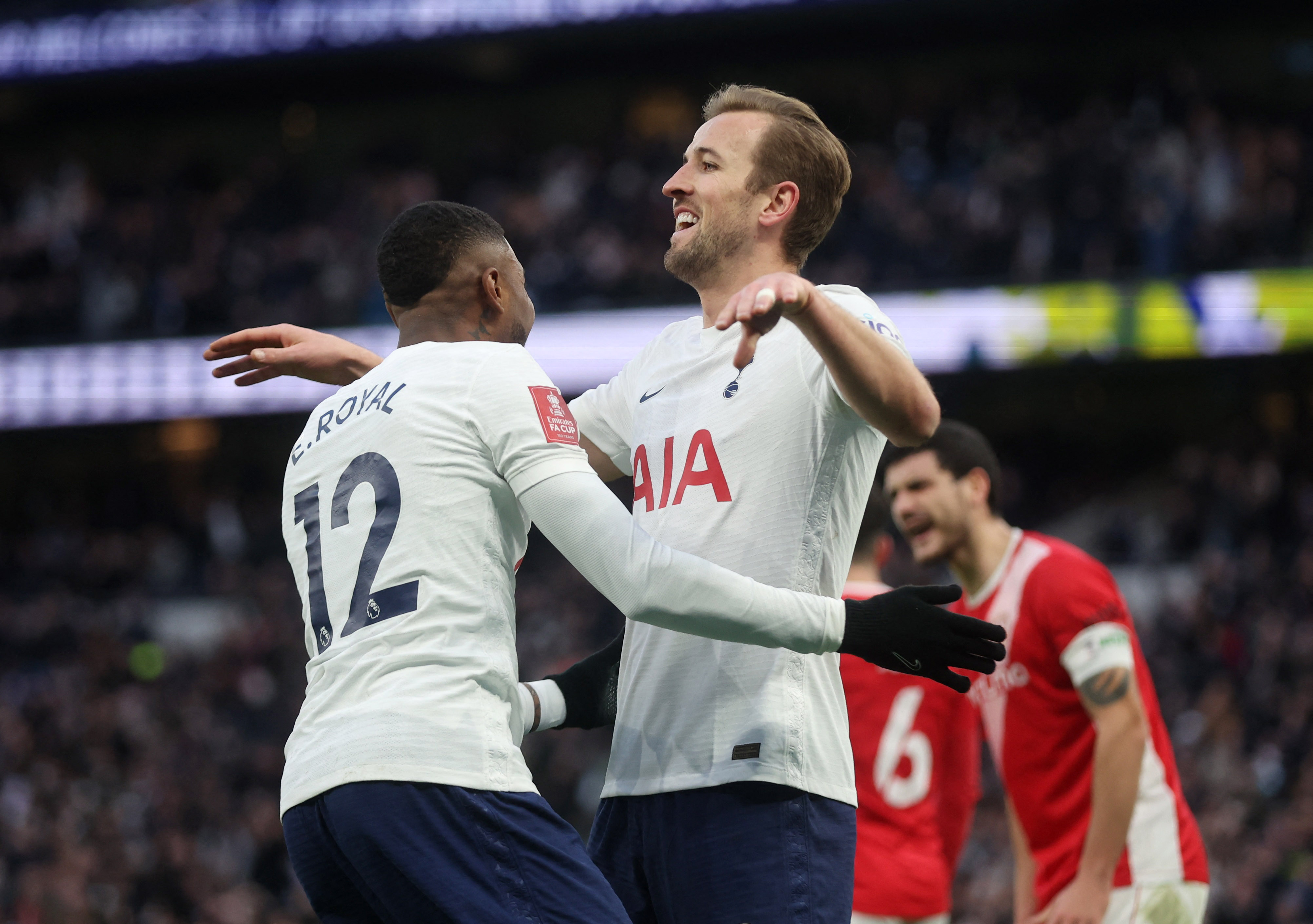 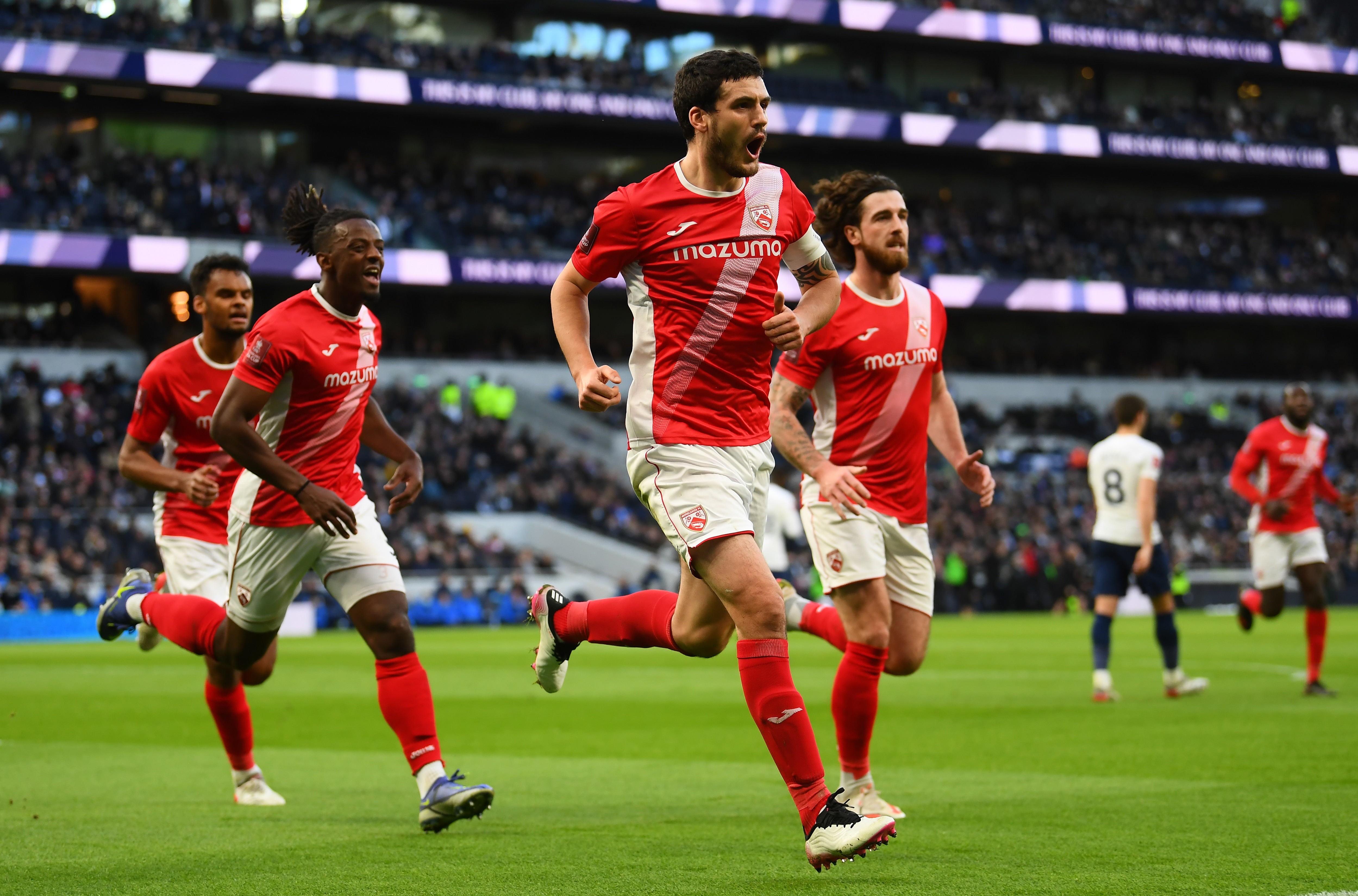 But this was a disastrous day for several of Tottenham’s fringe players and others to whom Conte has given limited first-team opportunities.

Dele Alli, Tanguy Ndombele and Bryan Gil, all hauled off midway through the second half, will be on Conte’s naughty step after dismal displays against relegation-threatened League One outfit Morecambe.

It had been 34 years since Spurs were knocked out of the Cup by a side from outside the top two divisions, at Port Vale – but a home defeat by tiny Morecambe would have been even worse.

There had been a feeling that Spurs were starting to get serious under Conte, until last Wednesday’s chastening Carabao Cup semi-final first-leg defeat at Chelsea – a 2-0 loss which could easily have been four or five.

There were a couple of early half-chances for the hosts – Ben Davies nodding on to the roof of the net from one corner, and Matt Doherty bundling an effort on to the outside of the far post from another. 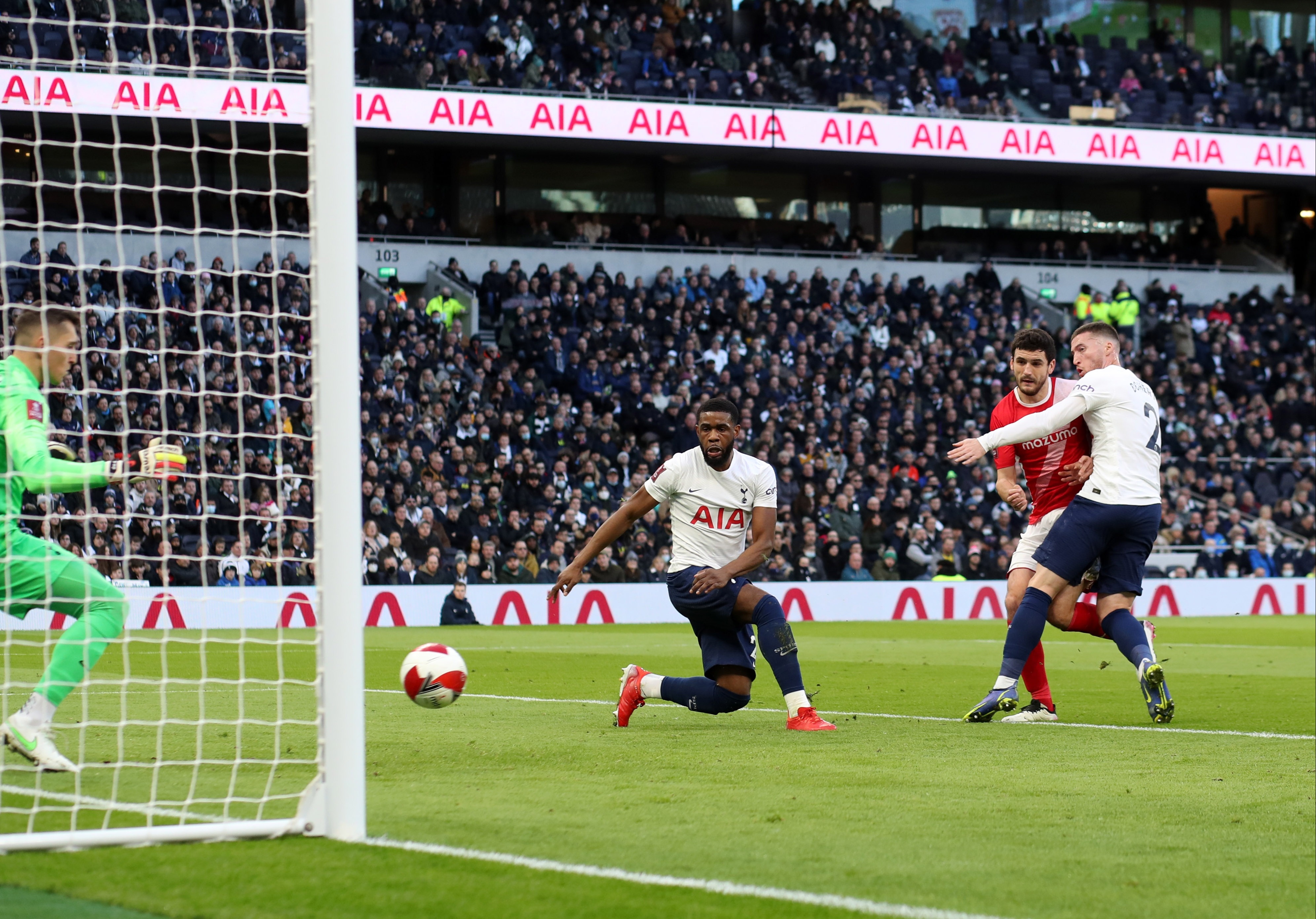 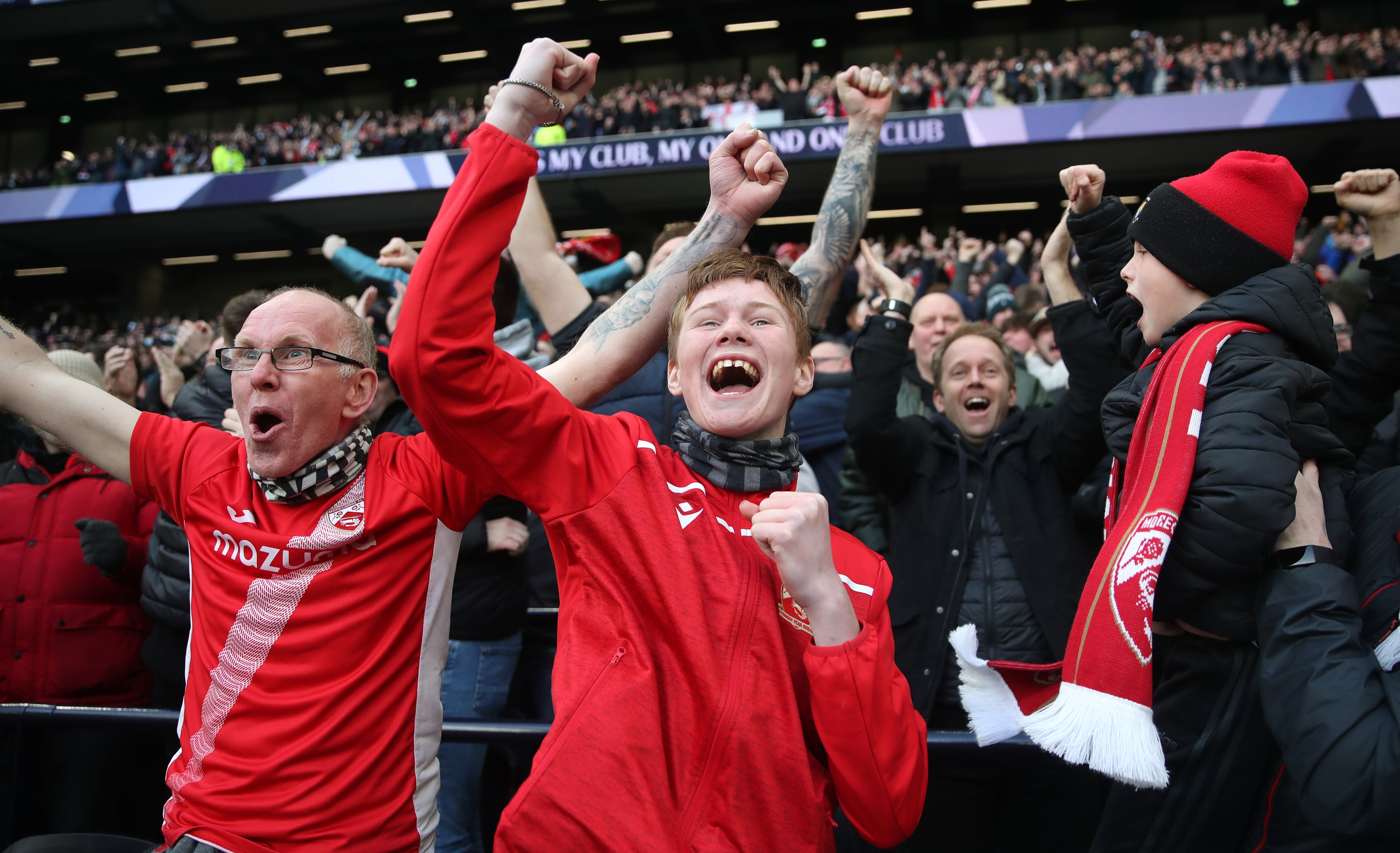 MY NIGHT WITH GREALISH

Jack invited me to a party night thriller at villa, says Towie Chloe

ALL HANDS ON BECK

Yet every time Morecambe ventured forwards, there was a jitteriness about the Spurs defence.

Tottenham’s passing was increasing shoddy, their movement almost non-existent, and by the time the Shrimps went in front, it felt as if it had been coming.

Rodon and Gollini – who do not seem to be on speaking terms – staged another misunderstanding, leaving the Welshman to concede an unnecessary corner. 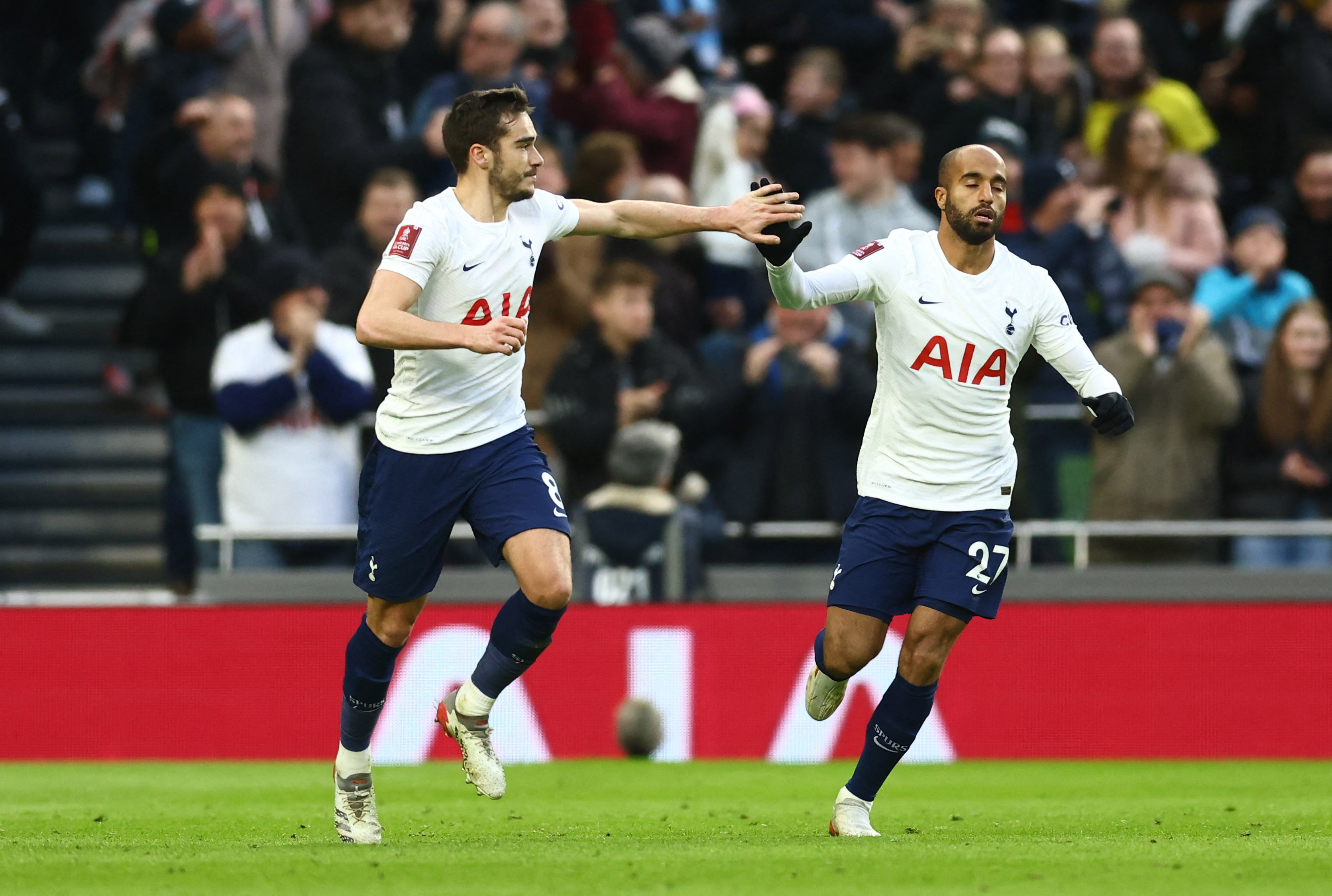 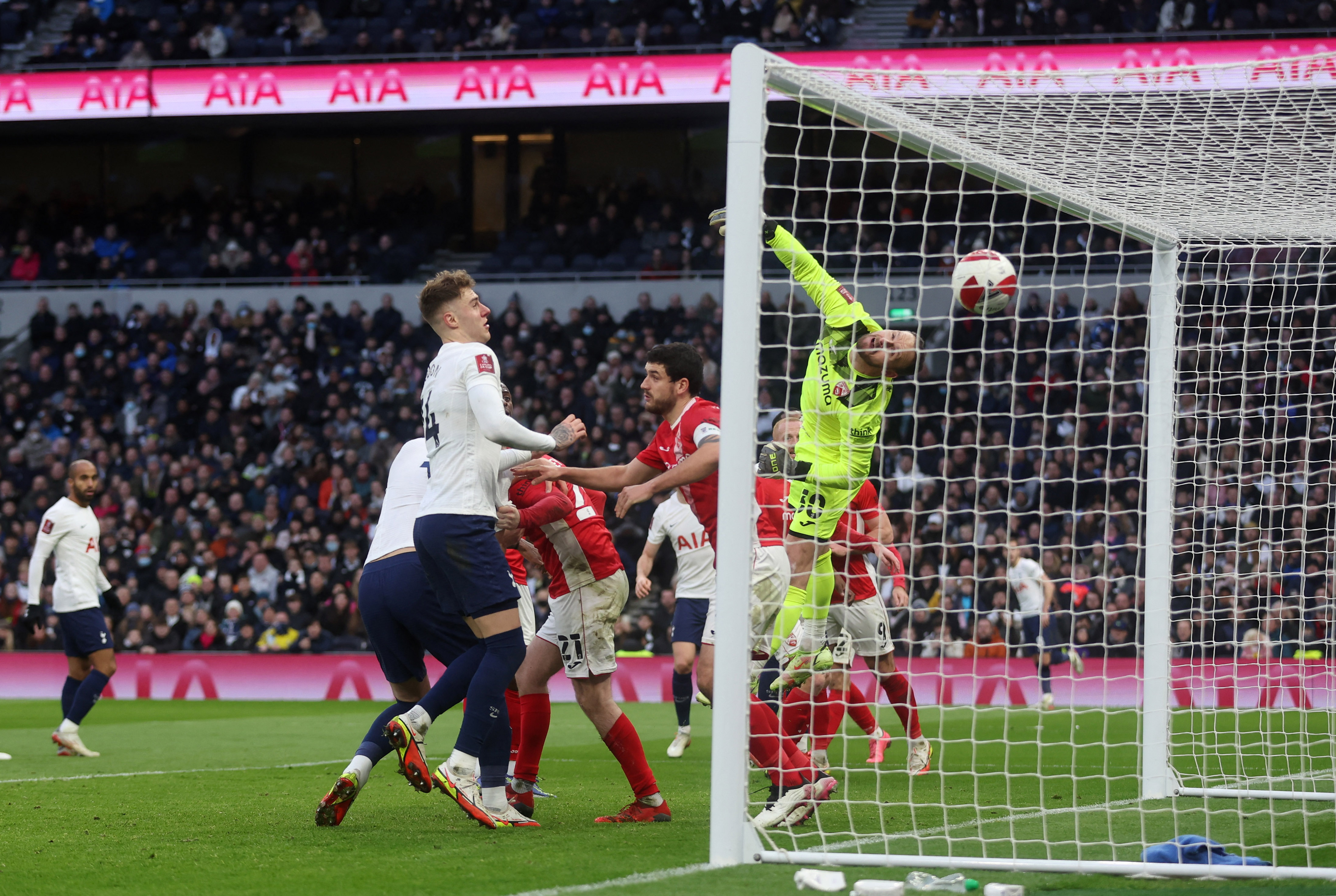 O’Connor, who had executed a glorious nutmeg of Bryan Gil in his own area a couple of moments earlier, shrugged off his marker Japhet Tanganga and was in glorious isolation by the time Alfie McCalmont’s corner arrived.

At the opposite end of the Lane, thousands of travelling Morecambe fans descended into a mass of flailing limbs.

It was that specific kind of FA Cup euphoria which only applies when you’ve woken up before dawn for a 500-mile round trip in the naive hope of something extraordinary happening – and then it  does.

Soon Giovanni Lo Celso was kicking Morecambe’s Toumani Diagouraga to the ground with the sort of challenge which suggested the league positions of the two clubs was reversed. 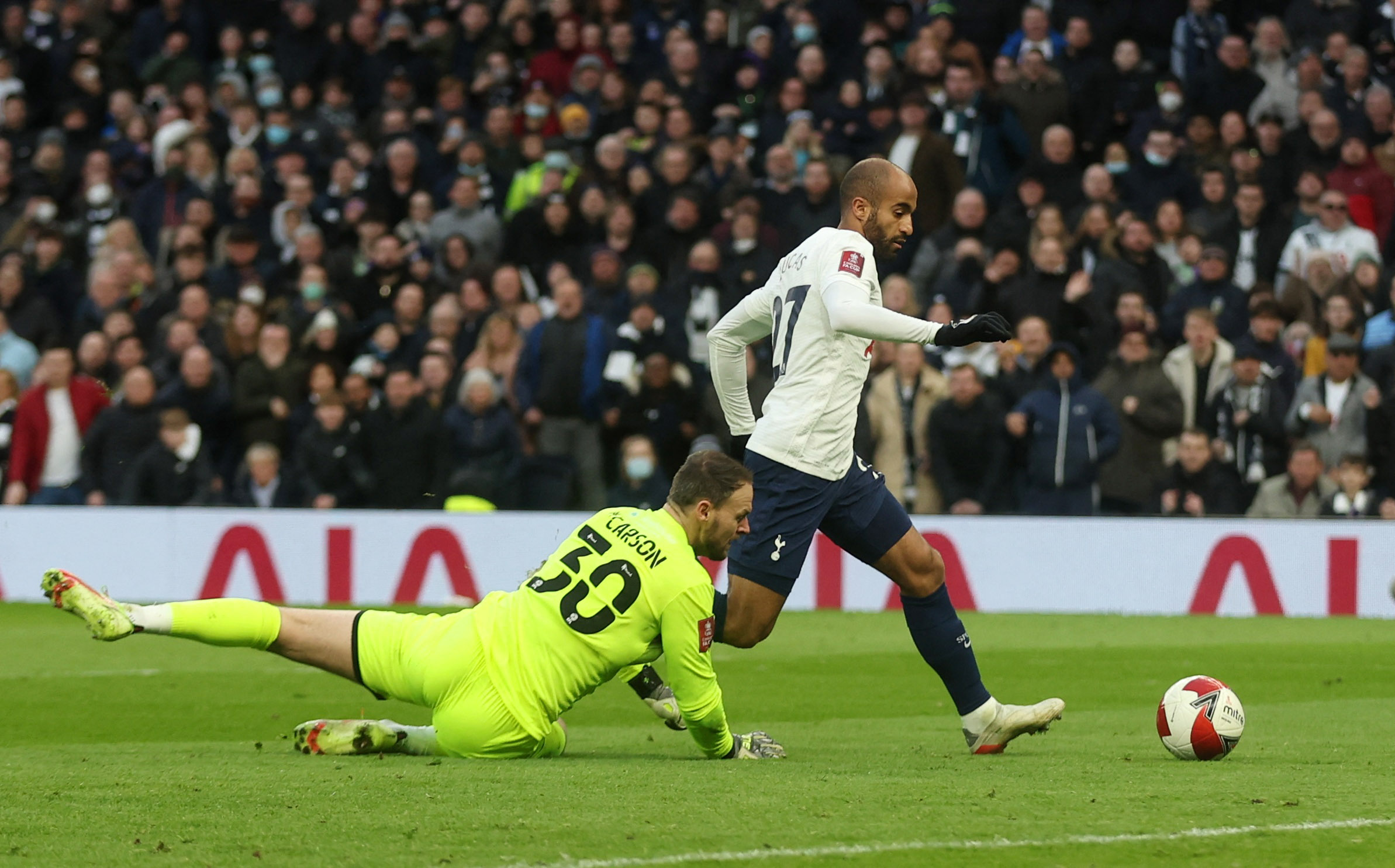 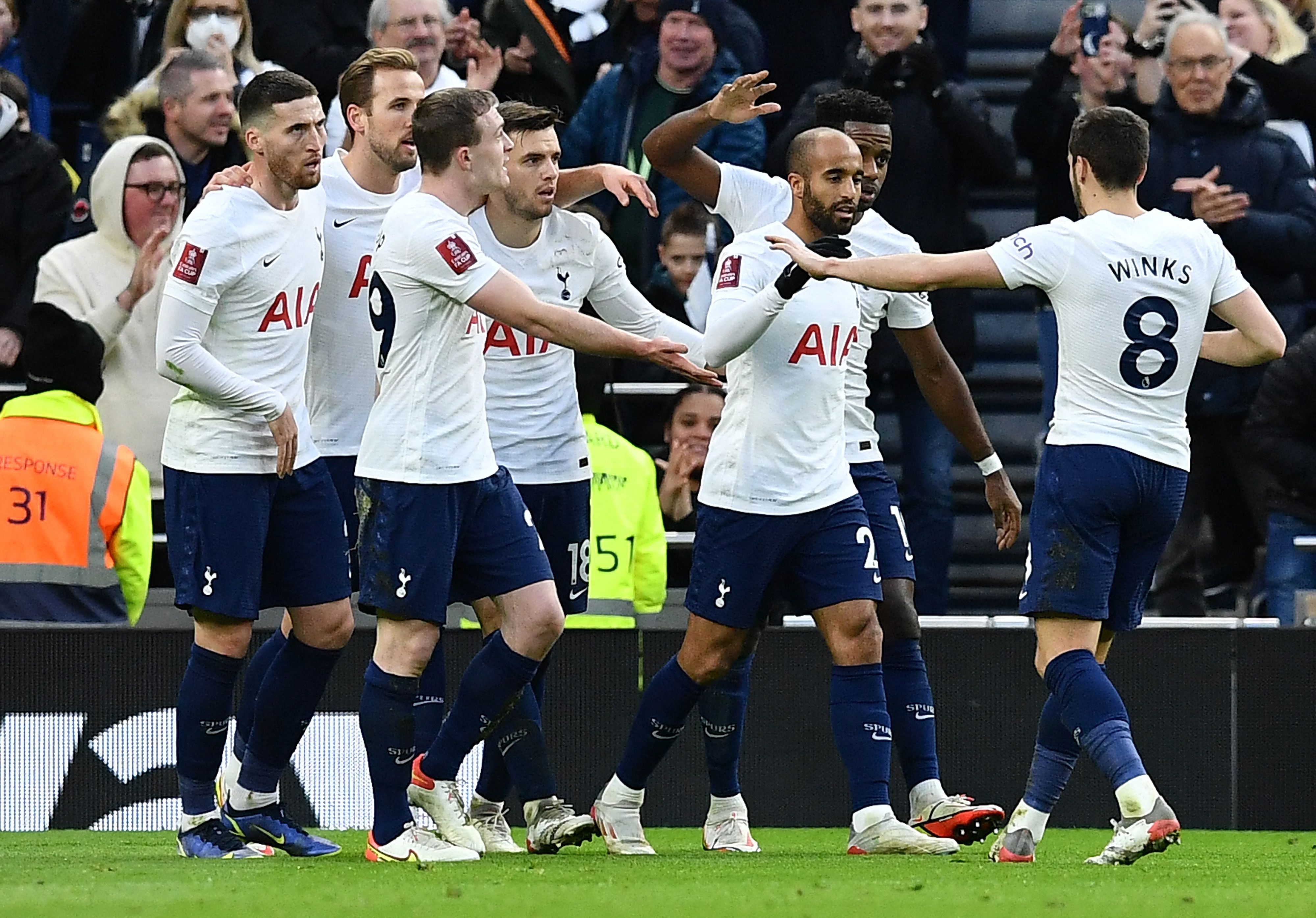 And Spurs were booed off long and hard by their supporters at half-time. Soon after the break, Stockton pinged a 20-yarder just over the bar.

But then Conte’s men at least began to pin back Morecambe for extended periods. A back-heel from Dele cannoned off the ground and was tipped over by keeper Trevor Carson.

Then Dele dived outrageously in a bid to win a penalty from O’Connor and the loose ball fell to Ryan Sessegnon, who dragged his shot wide of the near post.

Conte had seen enough and on 68 minutes, he sent for Kane, Lucas Moura and Oliver Skipp in place of Dele, Gil and Tanguy Ndombele.

There was widespread booing, presumably for the way in which Ndombele trudged off the pitch in slow-motion. 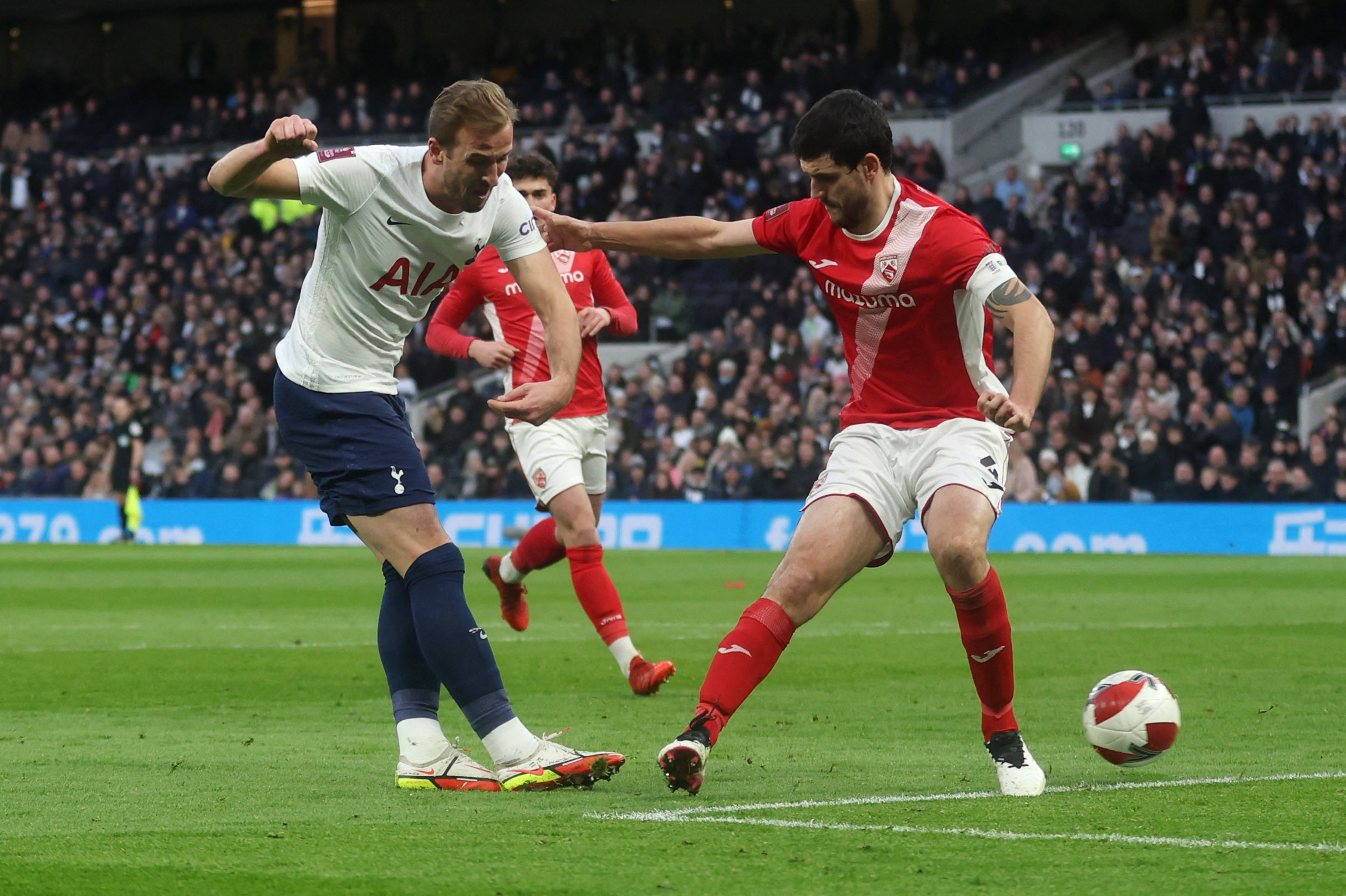 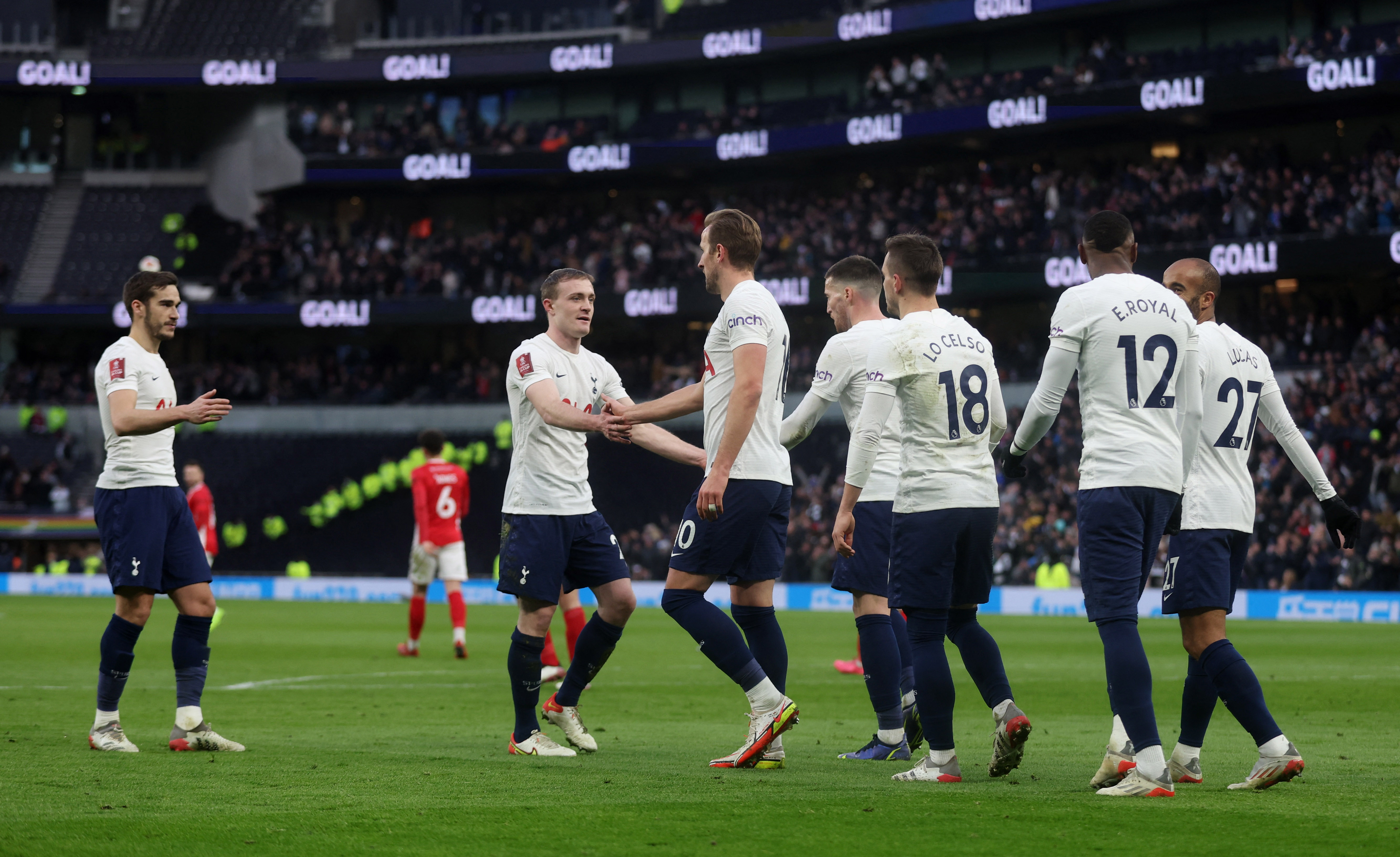 Six minutes later, though, Winks fluked the equaliser, whipping in a left-wing free-kick which evaded everyone and slipped inside the far post.

It was a sickening way for Morecambe to lose their lead and the Spurs fans who broke out into a chorus of ‘You’re not signing anymore!’ after a late equaliser at home to a League One side probably want to give their heads a wobble.

Kane ought to have scored a second soon after, heading wide from close range after Moura had nodded on a Winks cross.

Lo Celso’s shot was punched away by Carson before Moura settled the tie, catching Ryan McLaughlin dawdling on the halfway line, dispossessing the right-back and sprinting clear to round Carson and net calmly.

The third arrived almost immediately – Emerson Royal, fresh on as a sub, robbed Greg Leigh and Lo Celso fed Kane who turned O’Connor and netted sweetly inside the far post.