MIKE DICKSON: The tone-deaf Djokovic clan were like raging bulls in a china shop when cool heads and humility were required… but immigration minister Alex Hawke still has Novak’s fate in his hands

Tearing around like bulls in a Belgrade china shop, the Djokovic family were at it again on Monday.

No sooner had their most famous member regained his freedom from a Melbourne judge than they were almost inviting the Australian government to intervene and send him home.

When cool heads and humility were required they called a press conference in the Serbian capital that struck a belligerent and triumphalist tone. 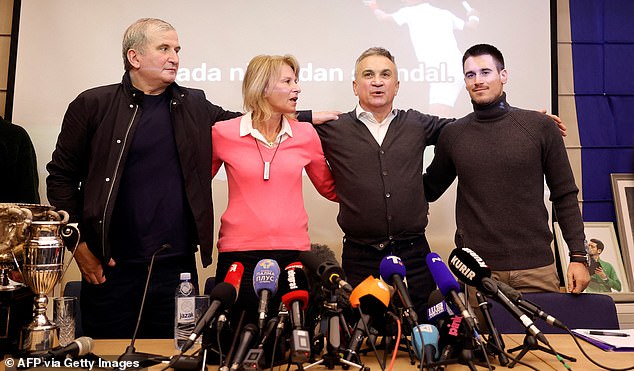 These walking public relations blunderbusses lined up to speak in terms of ‘victory’ and ‘big wins’. For good measure, Djokovic’s mother, Dijana, referred to his ‘torture’ at the hands of the Australian government.

It is not known whether Canberra immigration minister Alex Hawke was still up watching this monologue of the tone-deaf.

Family solidarity is to be admired, but it is hard to think that he will have been impressed by the chaotic gathering in Belgrade. It appeared to serve no purpose other than antagonising the Australian authorities.

Today Hawke still had Djokovic’s fate in his hands, as he has the executive power to go above the court order handed down earlier by Judge Anthony Kelly and deport the nine-times champion. 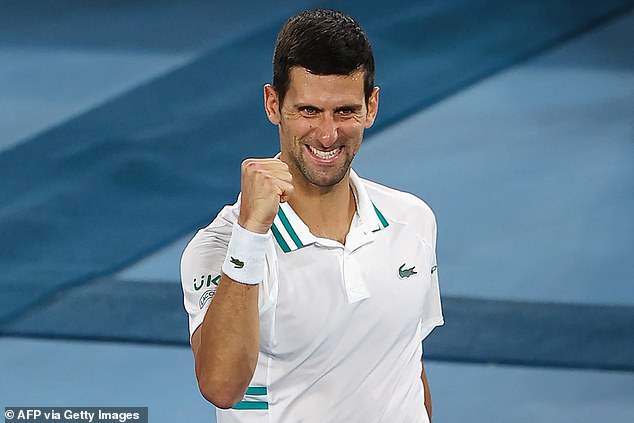 Novak himself was billed as joining the conference by link from Melbourne, where it was midnight. Instead he had rushed straight to the Rod Laver Arena for a practice session, swapping his legal team for the one helping him with his tennis.

He said he was pleased and grateful and posted a smiling picture of himself, proudly unvaccinated, with his support staff on the floodlit court where he has won so often.

Even that had an uncomfortable hint of triumph about it. Not unlike the post of January 4 which ignited this extraordinary saga, when he announced he had found the means to travel Down Under.

There has not been much concession to the sensitivities of a population who have been among the world’s most locked-down under authoritarian Victoria state premier Daniel Andrews. 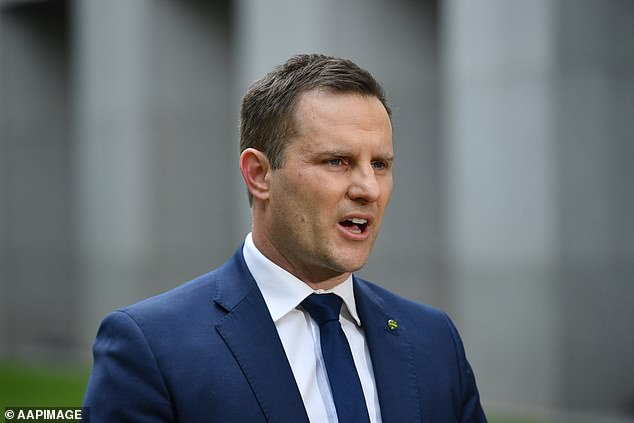 That said, the earlier comfortable straight-sets win in the court of justice against the Ministry of Home Affairs was a cause for celebration.

‘The point I’m somewhat agitated about is, what more could this man have done?’ Judge Kelly had wondered aloud, as he weighed up the highly legalistic arguments about whether airport border processes had been fairly applied to the Serb.

He was convinced to the extent that he not only overthrew the decision to detain the champion in a hotel for refugees, he also awarded costs in favour of Djokovic, which will be paid by the same tax-payers uneasy about having him in their midst.

The judge’s agitation was nothing compared to that of the player’s Serbian supporters later. Amid a febrile atmosphere they thronged around his lawyers’ downtown offices, with some scuffles breaking out. 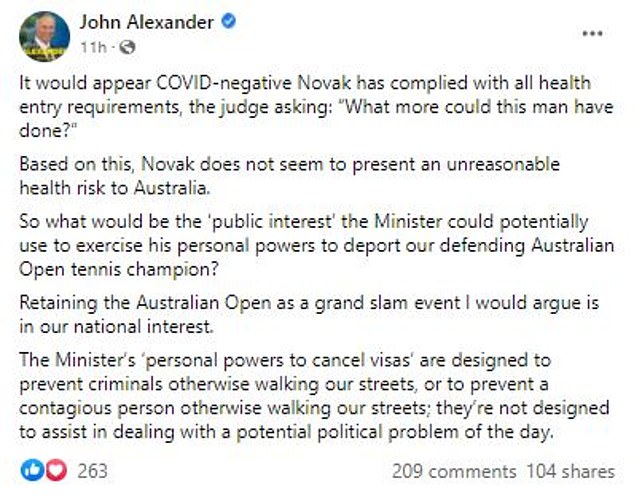 Erroneous word had reached them that their hero was being detained again, an incorrect rumour that had sprung from the Djokovic family.

The clan were notably less forthcoming at their press gathering when asked, by foreign reporters, about the sequence of events following his supposed positive test on December 16.

Djokovic was subsequently seen out in public situations for two days afterwards. His brother Djordje, who speaks excellent English, became uneasy when asked about the positive, maintaining merely that ‘all the documents that are public are legal’.

He then shut down the conference, which was followed by a round of applause, and then a brief singsong among many of those who were present. 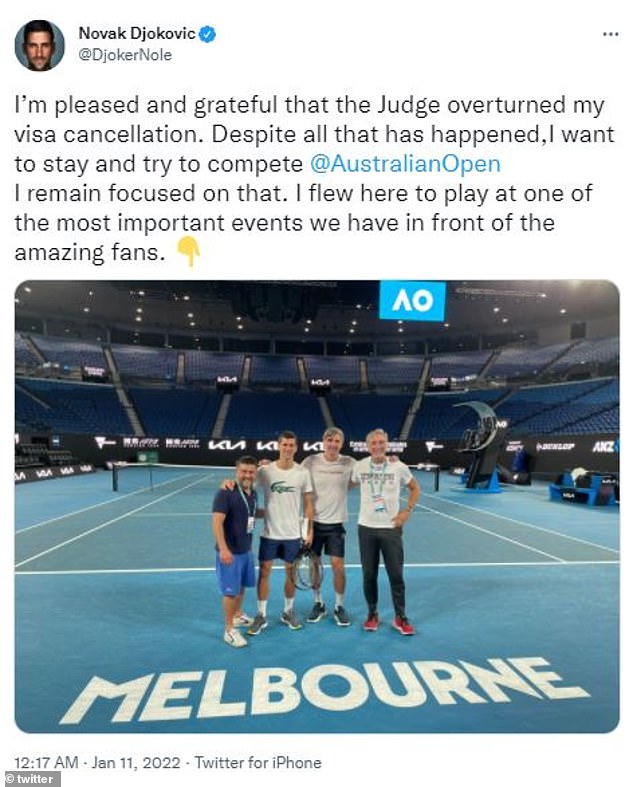 Every time you think this situation could not get more bizarre it seems to pile on another layer of drama or absurdity. When a grinning Nigel Farage, scourge of Eastern European migration, turned up at the Djokovic family home on Sunday and posted footage of himself in Novak’s trophy room that about summarised it.

If Djokovic does make it to the start line on Monday — which is far from certain — then Tennis Australia may quietly think to themselves that there is no such thing as bad publicity. They are in the business of shifting tickets and commanding international attention for their flagship event.

The eyes of the world will be on the one-time poor relation of the four Grand Slams, although vox pops suggest there is a significant strand of locals who will not go anywhere near Melbourne Park on principle.

Tennis Australia still have questions to answer, notably their involvement in, and the timeline around, the permission given to Djokovic to arrive unjabbed. Competitors were given a strict December 10 deadline to get all their documentation in.

As for the player, if allowed to compete he faces a race against time to shrug off the cobwebs from six days of effective incarceration.

Over the past year he has looked slightly less invincible in the early rounds of the Grand Slams than he used to, notably last time out in New York. He could be more vulnerable.

Incredibly, it has almost been lost in all this that, if successful, he would take the lead in the overarching race with Rafael Nadal and Roger Federer for the most Grand Slams.