Tokyo 2020 organisers received the Olympic flame in a scaled-down handover ceremony in the Greek capital on Thursday, amid the coronavirus spread that has cast doubt on the global, multi-billion pound event.

In a brief ceremony closed to spectators in Athens’ Panathenaic stadium, site of the first modern Games in 1896, the torch was received by Tokyo Games representative Naoko Imoto.

It will arrive in Japan on Friday and kick off a domestic relay on March 26, with the Games set to take place from July 24 to August 9. 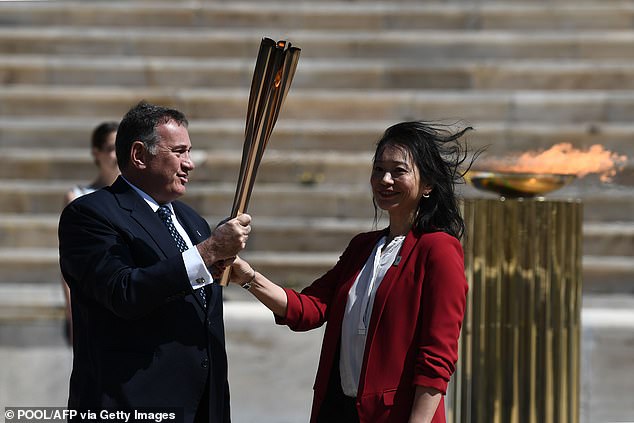 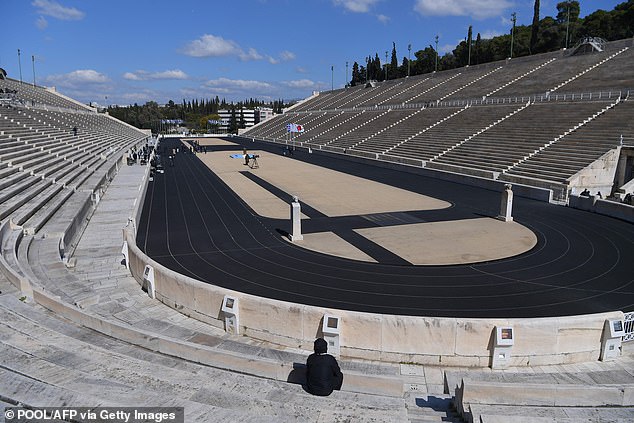 The famous ceremony took place in a 50,000-seater stadium, but it was all-but deserted

The scale of the spreading coronavirus, which has infected more than 200,000 people and killed more than 8,700 across the world, has forced the cancellation of numerous sporting events, raising concerns about whether the Olympics will be able to open as planned.

The International Olympic Committee (IOC) and the Japanese government, however, have insisted the Games will go ahead.

The flame was then transferred into a small receptacle to travel to Japan aboard a special aircraft named ‘Tokyo 2020 Go.’ 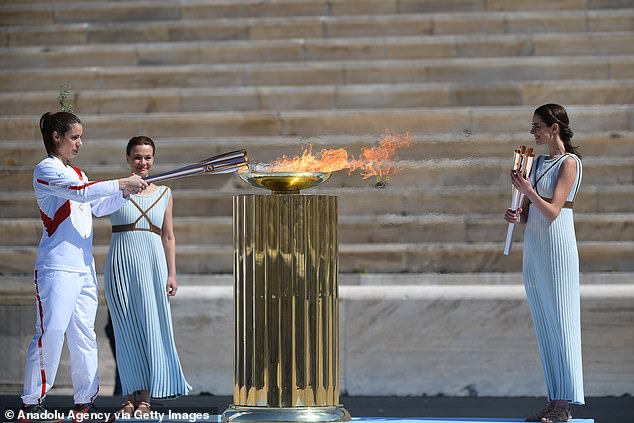 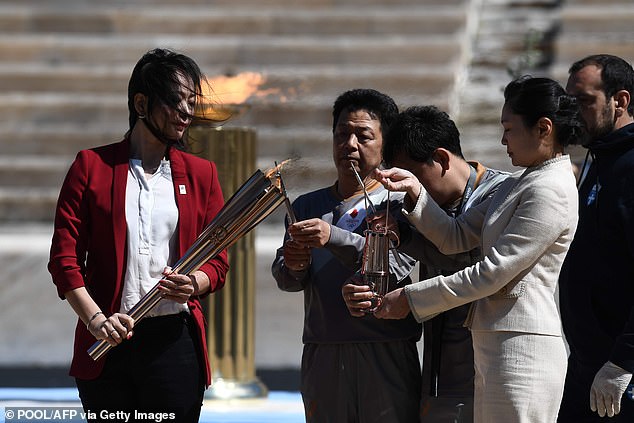 After former Japanese swimmer Naoko (left) had received the flame, it was put in a lantern

Only a few dozen officials were allowed into the central Athens stadium as the country has imposed strict measures to contain the spread of the virus.

Tokyo Games chief Yoshiro Mori said in a video message he hoped the flame’s arrival would help ‘shake off the dark clouds hanging over the world.’

The plane will land at JASDF Matsushima Air Base in Miyagi Prefecture on Friday before the start of a domestic relay from Fukushima Prefecture, site of the 2011 earthquake and tsunami. 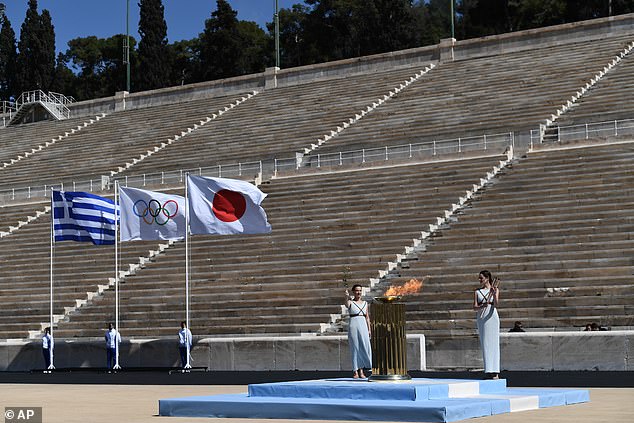 The Greece, Olympic and Japan flags flutter in the Athens wind as the ceremony takes place