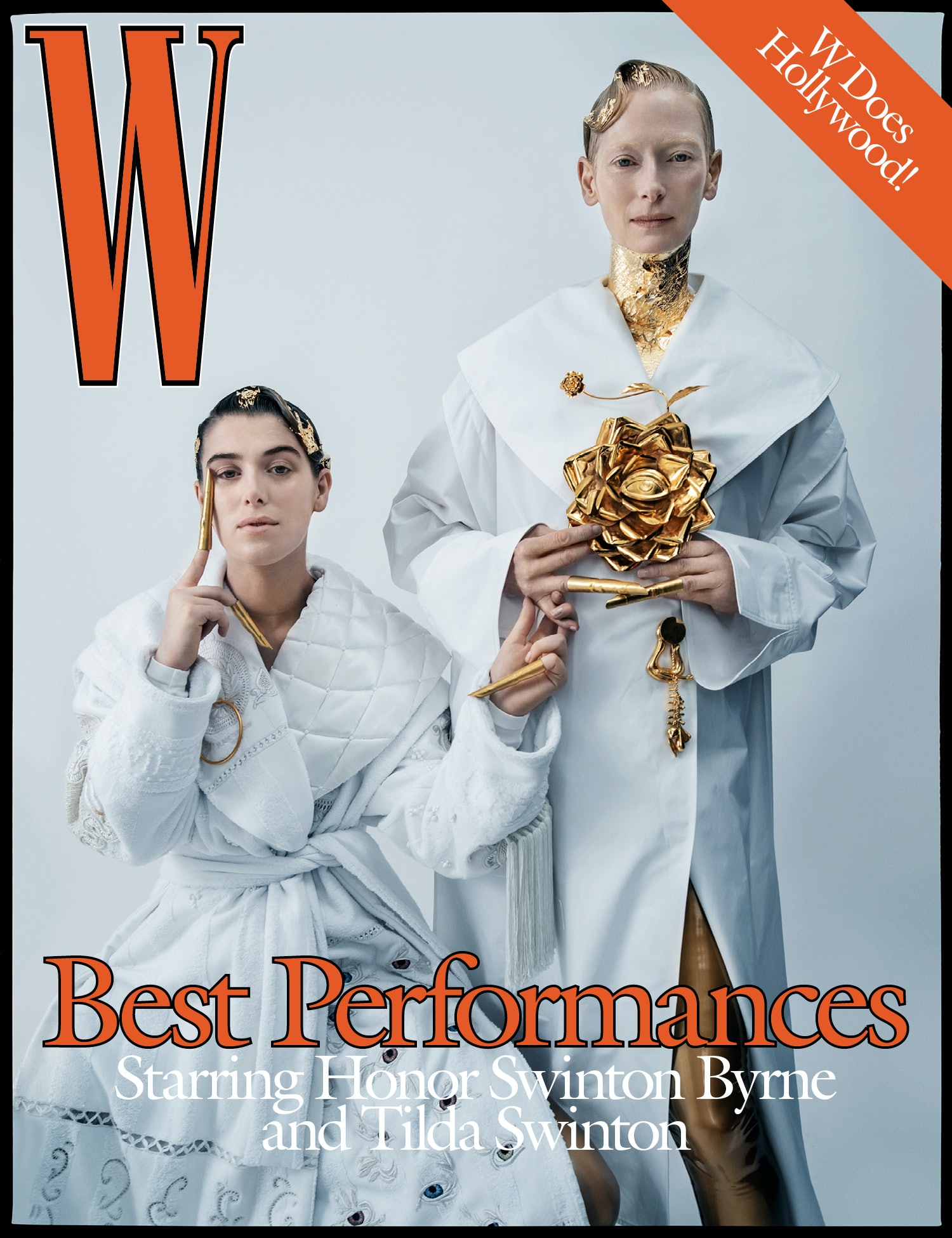 Director Joanna Hogg had just two weeks to go until beginning production on her 2019 film The Souvenir when she finally found its star. The perfect Julie, a budding filmmaker based on Hogg herself, was in front of her all along: Honor Swinton Byrne is not only Hogg’s unofficial goddaughter, but real-life daughter of Tilda Swinton, the lifelong friend she’d already cast to play Julie’s on-screen mom. Swinton Byrne, 24, had never acted before—and, in a true rarity for scions, barely even appeared in the press—but her performance quickly scrapped any talk of nepotism. In fact, the film’s sequel, The Souvenir Part II, was one of the most highly anticipated films of this year’s Cannes Film Festival. For W’s annual Best Performances issue, she and Swinton come together again to talk about bringing their mother-daughter relationship to the screen.

You play mother and daughter in The Souvenir. Was it difficult?

TS: Since we are mother and daughter, no. [Laughs] And yes, because we knew each other’s habits, and that made it complicated. We laughed a lot.

TS: Yes, that’s correct. I knew Joanna’s mother very well. Joanna and I were moved by a woman of a certain generation who has a daughter and who becomes an artist. That was our story. I remember when my own mother would attend one of my more unorthodox premieres—like Orlando or [a] Derek Jarman [production]—and she was always concerned about wearing the proper attire. Should she dress for a dinner party? Would a ball gown be correct? I found that very touching, and we incorporated it into The Souvenir.

Honor, did you have to audition for the role?

HSB: Oh no. I was cast only two weeks before we started the first film.

TS: We had thought about lots of actresses, but then I mentioned Honor, the elephant in the room. Not to describe you as an elephant, darling.

HSB: Oh, mama. [Laughs] I was 19. I had planned to go teach in Namibia, but I postponed. I knew it would be a challenge—that there was no script and we would be creating the dialogue as we went. Joanna made writers of all of us.

TS: So much of our lives went into the film. Most of Honor’s clothes came from my cupboard! I was in Joanna’s actual graduation film [Caprice] in 1986, and Honor wore the same shoes that I wore for that film at her character’s graduation film in The Souvenir Part II.

And the dogs in both films are your actual springer spaniels!

HSB: Yes! We have five. This year, Snowbear, Dora, and Rosy won the “Palm Dog” at Cannes. We were very proud.

Will there be a third film?

HSB: You like hills a little bit more than I do!