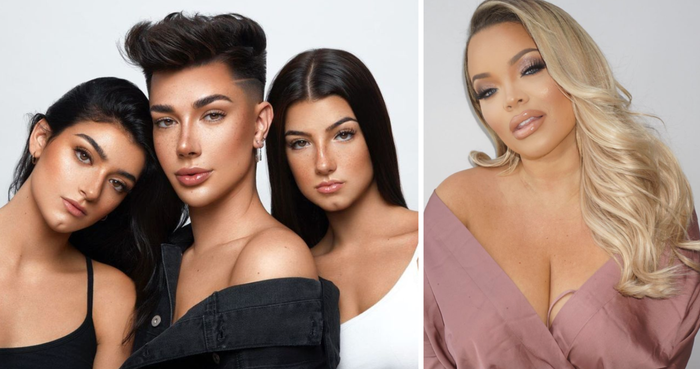 In the wake of the drama, which also involved D'Amelio's older sister, Dixie,  beauty guru James Charles, and controversial YouTuber Trisha Paytas, videos joking about the entire scenario are going viral on TikTok.

The series of dramatic and unfortunate events began on Tuesday, when the D'Amelio family posted a video on their YouTube channel featuring Charles. In the video, both D'Amelio sisters did or said things that led to criticism. Aaron May, a private chef, cooked dinner for the family. Dixie did not like May's seafood paella and said she actually threw it up. Then, Charli asked if they had any "dino nuggets" instead.

Later in the video, Charli said that she wished she could have been able to hit 100 million followers within a year of reaching her first million. Commenters on the video, which has 11.4 million views as of Friday morning, called the girls "entitled" and "disrespectful," and the mass exodus of one million followers from Charli's TikTok took just a few days.

Now, TikTokers are making videos joking about the entire scenario, which also involved YouTuber Trisha Paytas, who criticized the D'Amelio sisters in TikTok videos and previously called Charli "boring" in a podcast.

Dixie herself joked about the situation, doing the "Renegade" dance over audio of Paytas rapping the N-word — one of Paytas' many controversies. She eventually deleted the TikTok, but others reposted it.

TikTok users following the drama joked about Dixie's dislike of the paella and criticized Charli for joking about her follower count, garnering millions of views.

Other users made videos dissecting the situation. One video criticizing the teens reached 1.6 million views as of Friday afternoon.

I’ve been warning y’all about #charlidamelio for a while, but too many of you had rose colored glasses. #tiktoktea @dixiedamelio

Another user joked that if a robber asked them to explain the entire situation or face dire consequences, they'd actually be just fine.