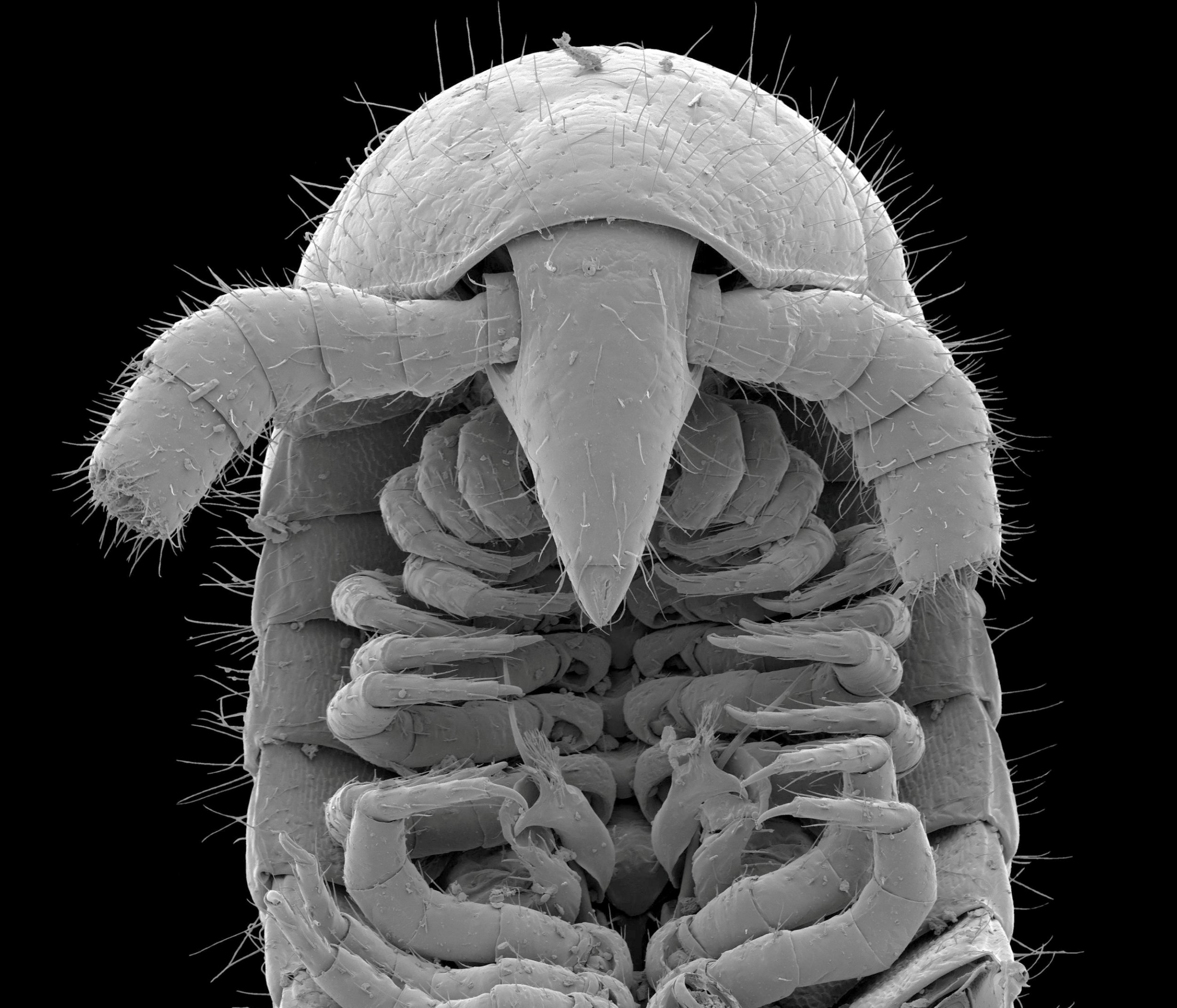 The first true millipede with more than a thousand legs has been discovered.

The mega creepy-crawlie found deep underground has in fact 1,306 legs – but no eyes.

Before the new discovery despite their name, no millipede had been found with more than 750 legs.

Dr Paul Marek and his colleagues discovered the millipede 60 metres (197 feet) underground in a drill hole created for mineral exploration in the mining area of the Eastern Goldfields Province of Australia.

He said it has 1,306 legs – more than any other animal – and belongs to a new species that has been named Eumillipes persephone.

The millipede’s name derives from the Greek word eu- (true), the Latin words mille (thousand) and pes (foot), and references the Greek goddess of the underworld, Persephone.

The research team measured four members of the new species and found that they have long, thread-like bodies consisting of up to 330 segments and are up to 0.95mms wide and 95.7mm long.

Dr Marek, an Associate Professor in the Department of Entomology at Virginia Tech in the US, said: ‘They are eyeless, have short legs, and cone-shaped heads with antennae and a beak.

‘Analysis of the relationships between species suggests that E. persephone is distantly related to the previous record holder for the greatest number of legs – the Californian millipede species, Illacme plenipes.’

The researchers believe that the large number of segments and legs that have evolved in both species may allow them to generate pushing forces that enable them to move through narrow openings in the soil habitats they live in.

To minimise the impact of mining in this region on E. persephone, the researchers say that efforts should be made to conserve its underground habitat.

The discovery was published in the journal Scientific Reports.