The Witcher Season 2 did not disappoint, bringing back a beloved character. Jaskier sings a new tune this time as he is bitter after Geralt left him in the first season. Going into his own story, Jaskier continues to be a bard but secretly helps elves escape by boat. The Witcher Season 2 also revealed Jaskier could only do so with help from a secret benefactor.

The finale of season 2 hinted that Jaskier might turn against the witcher as showrunner Lauren Schmidt Hissrich confirms the bard’s benefactor.

[Spoiler alert: This article contains spoilers for The Witcher Season 2.]

In the new season, Yennefer has a complex story to tell. She not only lost her chaos magic after the Battle of Sodden Hill but is under the spell of the Deathless Mother or Voleth Meir. When she stops the Brotherhood from killing Cahir, she needs safe passage to Cintra.

She hears of a person called Sandpiper who helps elves escape to Cintra. Yennefer never expected Jaskier, the bard, to be the Sandpiper. In The Witcher Season 2, Jaskier has become bitter toward Geralt leaving him and wrote a new song about it.

Jaskier learns Yennefer knows about him and is in hiding as she is part elf. He admits secret benefactors are working behind the scenes to help him and the elves. The secret benefactor is not explained but hinted at in the finale. 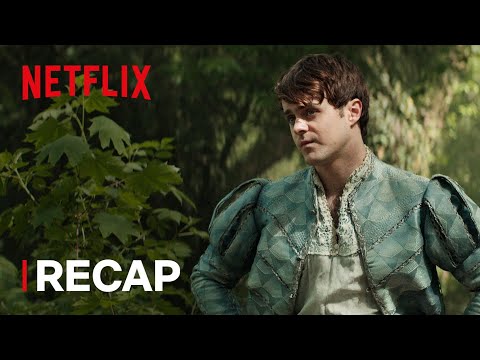 During The Witcher Season 2 finale, Dijkstra tells the owl/sorceress Philippa to find the bard. He explains it was about time that the bard paid back his benefactor. Could the bard Dijkstra is talking about be Jaskier? Hissrich confirms in an interview with Variety that it is Jaskier.

“Yes, absolutely, Jaskier [Joey Batey] is the bard that Dijkstra is talking about. We hear early on in Jaskier’s story that he’s helping elves and has a mysterious benefactor and doesn’t know who’s pulling the strings that allows him to be able to do this,” said Hissrich.

Dijkstra choosing Jaskier in his plan could allude to something more. “Now Jaskier is going to owe Dijkstra a favor,” explains Hissrich. It could be that Dijkstra knew of Jaskier’s involvement with Geralt and his connection to Ciri. Dijkstra looks to use Ciri to gain the rightful claim to the throne by marrying her off to his king.

Jaskier could learn the identity of his benefactor in The Witcher Season 3 and be forced to help Dijkstra find Geralt and Ciri. The question is if Jaskier would betray Geralt after leaving him in season 1?

Jaskier is noticeably upset at Geralt in ‘The Witcher’ Season 2

Jaskier and Geralt formed a friendship the witcher never expected in the first season. But the last time Jaskier and Geralt see each other is when they embark on the adventure to save a dragon. The unfavorable break between them left Jaskier bitter.

The small fights and unwelcome circumstances between them further fueled Jaskier’s anger toward the witcher. In The Witcher Season 2, Jaskier sings a different tune, “Burn, Butcher, Burn.” The lyrics themselves express how hurt Jaskier really is.

Jaskier knew Geralt’s nickname as The Butcher of Blaviken was hurtful, hence why the song uses the word. “The lyrics that lash out decrescendo into a very quiet, forlorn statement that proves that the bard could never actually rid himself of the painful memory of his friend’s rejection,” said Den of Geek.

Hissrich explains Geralt felt the same hurtful betrayal at the hands of Yennefer when she takes Ciri back to Cintra. “In Season 3, his head is going to be on a swivel a tiny bit more, making sure that the family around him are the people he wants it to be,” said the showrunner.

Jaskier may either be forced to betray Geralt or tap into his broken heart to hurt Geralt the same way the witcher hurt him.