In the blood-soaked campaign for her new “Nightmare on Elm Street”-inspired Halloween makeup collection, Kylie Jenner poses in scream-worthy styles ranging from a grisly latex catsuit to a stunning, sculptural corset reminiscent of tangled veins.

The latter look is the work of LA-based artist Nusi Quero, whose creates his signature 3D-printed pieces from computer-rendered designs.

Quero, 33, told Page Six Style that Jenner’s team reached out months ago requesting a piece inspired by the horror flick’s villain, and that he toyed with the idea of a bodysuit before settling on a bustier.

“I tried to make something quite sinister and sort of sharp for her,” he said of the gory corset, which was crafted from UV curable resin and took “about 70 or 80 hours” to 3D-print. 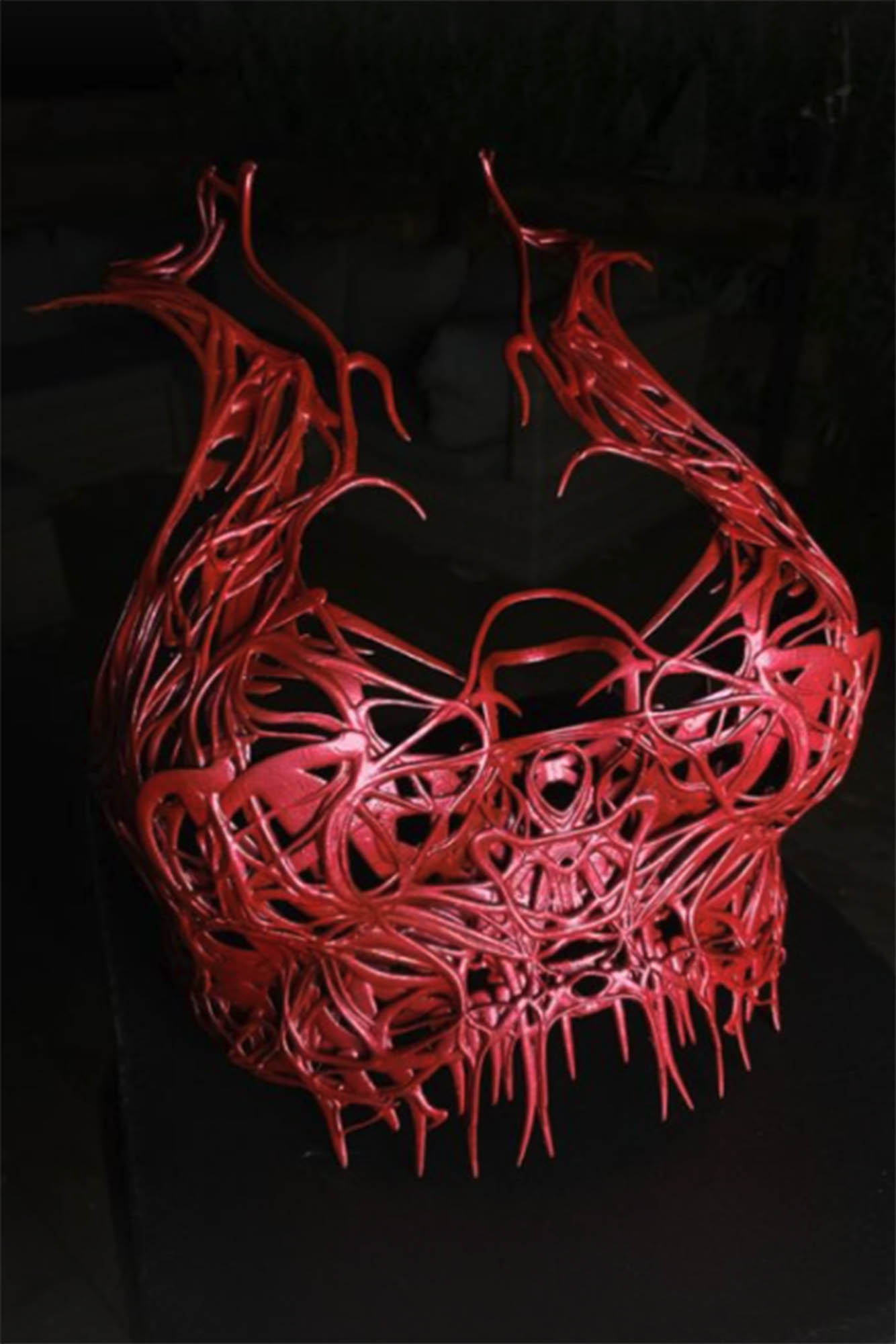 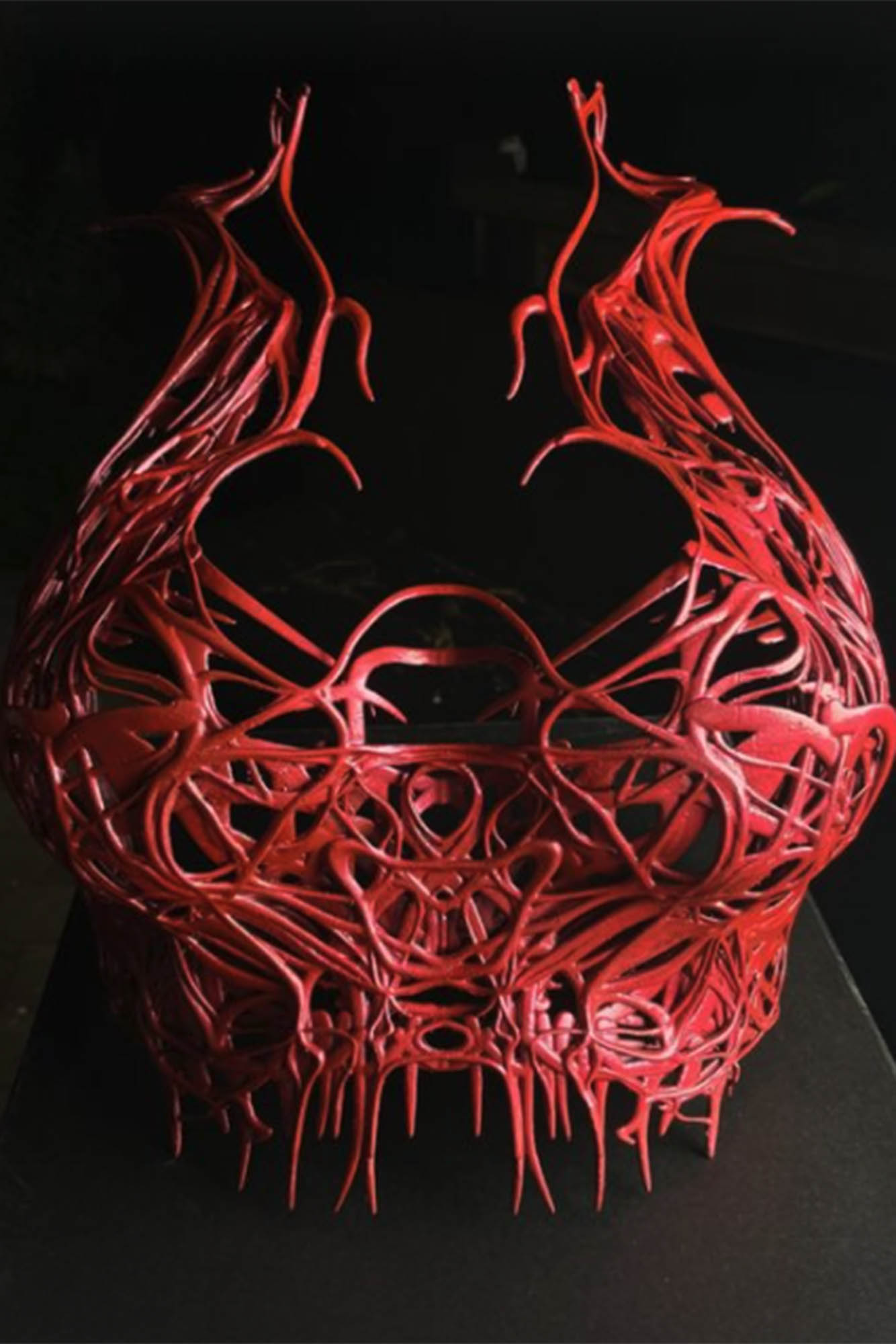 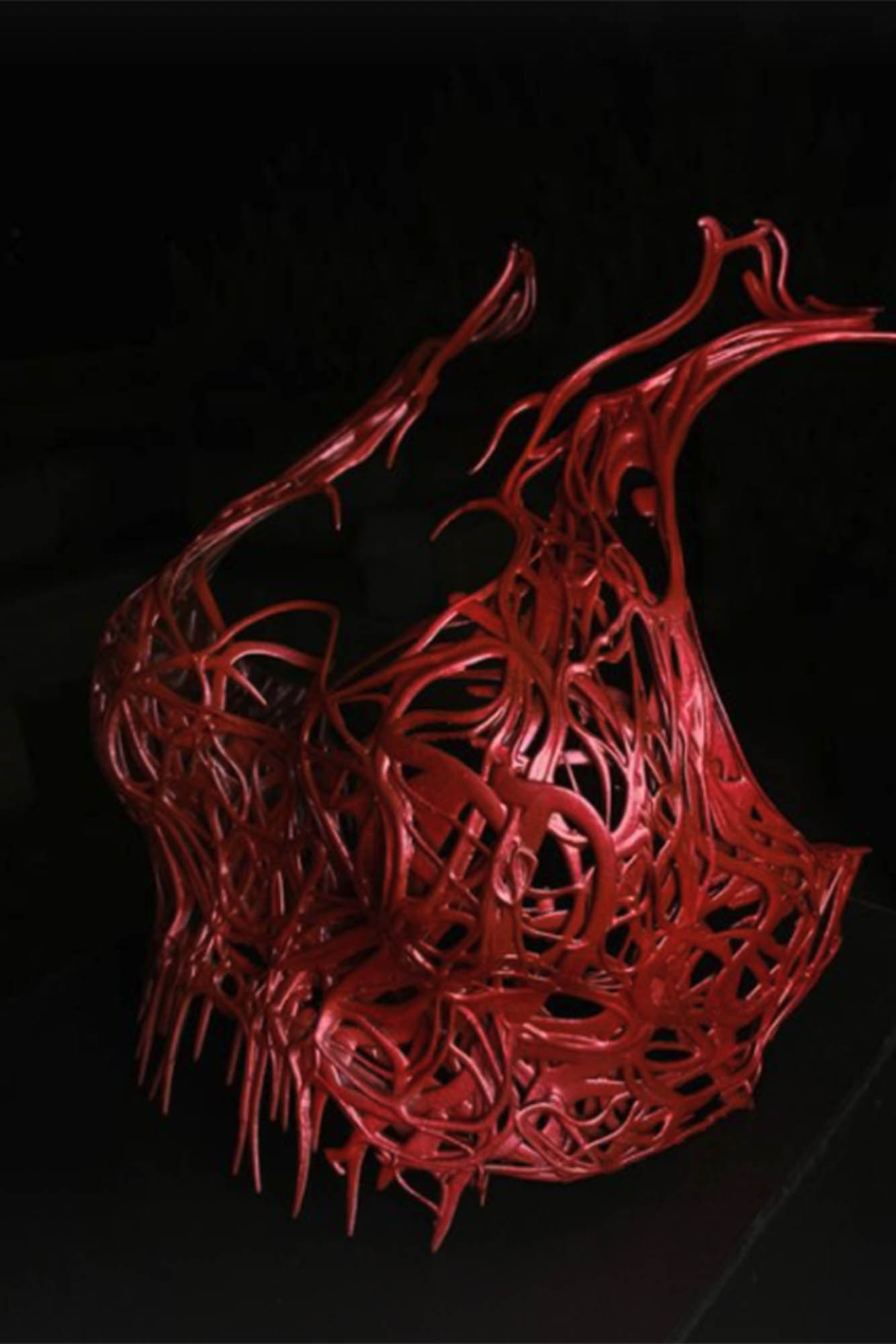 Tags: behind, Jenner, Kylie, Story, the
You may also like
Celebrities News