By 1967, the Rolling Stones had were on the sort of run most rock bands can only dream about. Aftermath (1966) and Between the Buttons (January ’67), their most recent releases, had shot to the top three on pop charts on both sides of the Atlantic.

Meanwhile, rock critics had been almost as enthusiastic as Stones fans. Melody Maker, New Musical Express, and other rock journals of the era raved about the Stones’ triumph with Aftermath. Between the Buttons, with its single “Let’s Spend the Night Together,” didn’t fall in far behind.

But things changed as ’67 wore on. The Beatles, who’d kicked off an epic run of albums with Rubber Soul two years earlier, had released Sgt. Pepper’s Lonely Hearts Club Band in June. That record overwhelmed critics and fans alike. Apparently, it also put the Stones on their heels.

Their Satanic Majesties Request, the Stones’ late-’67 response, got pummeled by several critics and didn’t sell nearly as well as their previous efforts. However, a few songs saved Satanic Majesties from being a total flop. “She’s a Rainbow,” produced by a pre-Led Zeppelin John Paul Jones, was one.

John Paul Jones arranged the strings on ‘She’s a Rainbow’ 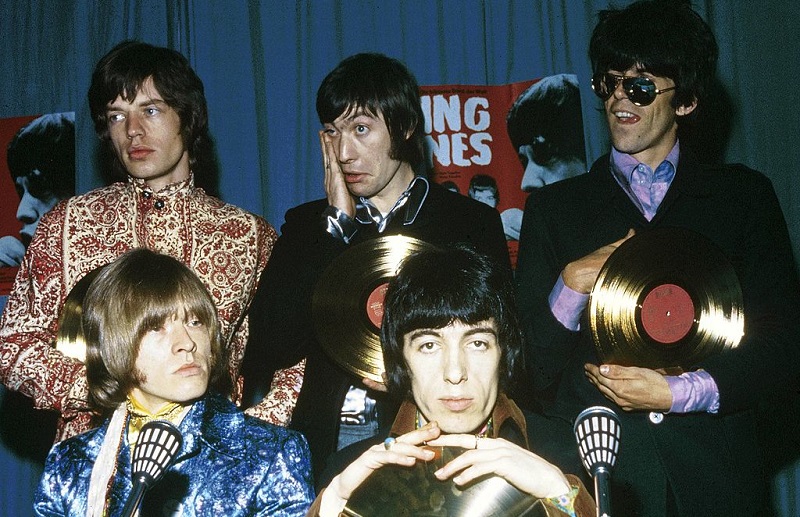 Like his future bandmate Jimmy Page, John Paul Jones was among the top session men on the London studio scene of the mid-1960s. Before joining Page to launch the Zep in late ’68, “Jonesy” worked with the likes of Donovan, Cat Stevens, Jeff Beck, and many others.

Andrew Loog Oldham, the Stones’ manager and producer, was also on the list of those who turned to Jones when he needed a tight bass part or a solid arrangement. And Oldham called in Jones to work on Their Satanic Majesties Request.

While the airy keyboard line dominates the first half of “She’s a Rainbow,” the string arrangement Jones wrote gives the track another dimension. Jones’ arranging talents would come in handy in his Zeppelin days in the following decade, but he’d already honed his talents by then. 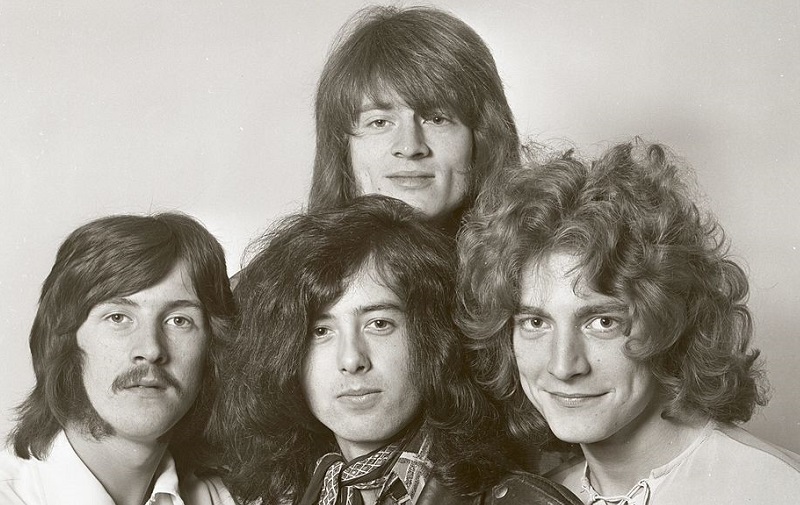 When you read about Led Zeppelin recording its own hit records, you frequently find the Zep using the Stones’ mobile recording studio. In fact, on Led Zeppelin IV, the band’s greatest commercial success, the group used that mobile studio to record “Rock and Roll.”

But Zep didn’t stop at using the Stones’ recording studio. On “Rock and Roll,” the group also used Ian Stewart, “the 6th Rolling Stone,” for the track’s rocking piano part. Stewart, or”Stu”, also recorded “Boogie With Stu” with Zep during that same session.

That latter track didn’t see the light until two Zeppelin albums later, Physical Graffiti (1975). While making their following record, Presence (1976), Zep and the Stones once again brushed up against one another — this time, it came down to some studio time.

After realizing he’d needed a few more days to finish the record, Jimmy Page asked Mick Jagger if he’d push back the Stones’ sessions planned for the same studio. Jagger agreed, and Page finished Presence in under three weeks.

Also see: The Pink Floyd Album That Sold Better Than Any Beatles or Zeppelin Record

Tags: A, Rolling, Song, Stones, the, with
You may also like
Celebrities News