Under a blood-red light, The Ritualists meet at the crossroads of ‘narcissism’ and creativity in their new video, only to discover that those passions fueling our artistic journey are secretly ‘destructive.’

A poet sits in the corner of a chic underground party, busy scribbling down thoughts and phrases into a notebook. As the revelers find themselves caught in a drunken haze, in she walks – the embodiment of inspiration, creativity made flesh. But, this avatar is shadowed by a hooded figure, one who carries a knife in one hand and no mercy in their heart. In “Baroque & Bleeding,” the new video from gothic art-rockers The Ritualists – premiering here on HollywoodLife – the viewer finds that sometimes, those artistic insights come at a price.

“This video is about finding, accepting, and understanding yourself as an artist and all the complexities that accompany such a realization,” lead vocalist/songwriter Christian Dryden tells HollywoodLife. “The video tries to conceptualize the struggle we go through as artists, personifying these issues with different characters-each representing archetypes such as ‘the poet,’ ‘the star,’ ‘the muse,’ and even the self-destructive/darker elements that oftentimes accompany the artistic lifestyle & journey.” I believe each character presented is an aspect of the artistic journey. Sometimes we feel like inspired writers, sometimes we feel like conquering stars, but sometimes we also feel like our passions are actually destructive to ourselves and those around us.” 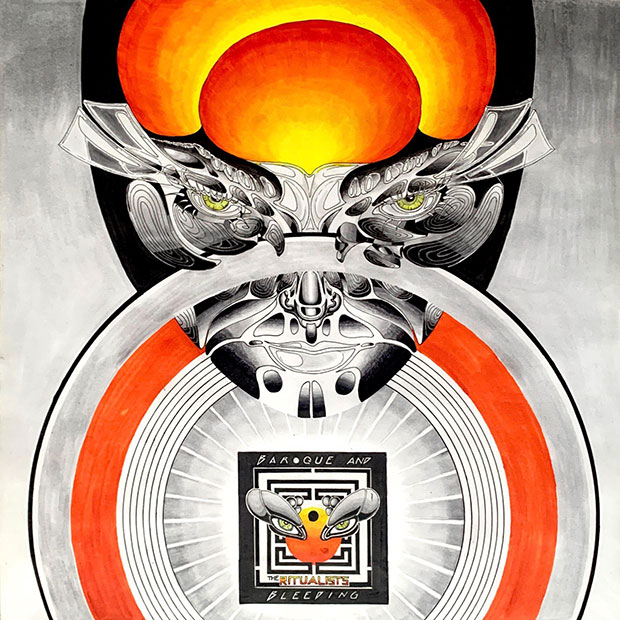 “Stylistically, we wanted to capture the ‘baroque’ elements with lots of ornate patterns, dramatic color contrasts, and thought-provoking imagery,” continues Dryden, who is joined by Jeffrey Andrew (keyboards), David Andreana (guitars), Ignacio Lecumberri (bass, guitars) and Eric Kuby (drums) to complete the band. “The video also plays with the ideas of narcissism that I think are so relevant in today’s world of social media and to be performers. I think most of us naturally come to the party with a high degree of self-importance. Characters in the video quickly appear and then disappear. Rooms go from full to empty. This video kind of uses this imagery to dissect the nature of this perceived ‘adoration,’ why it’s happening, where it’s coming from, who it’s coming from, and is it even actually adoration at all.” 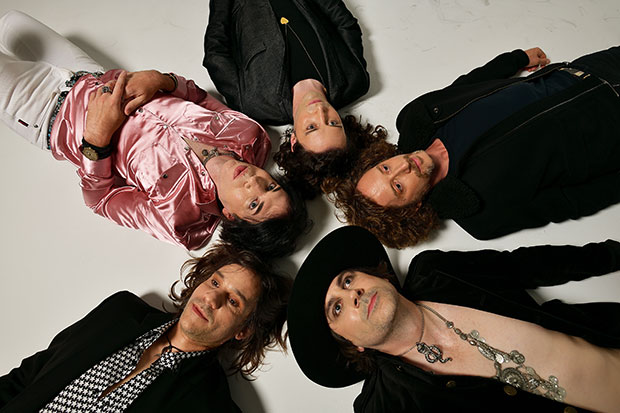 “Broke & Bleeding” viewers also discover that The Ritualists are their new favorite band. The video for the title track of their upcoming album (out on Dec. 3 via Suite 484 Music) showcases the band’s magnificent blend of dark rock and roll, stirring in post-punk, goth, acid rock, and a dash of early Brit-Pop. It’s a sound that transcends time and genres while touching on subjects like faith, creativity, and love. It’s a late contender to your “Best Album of 2021” list, so hold off on publishing your picks until after Baroque & Bleeding drops this Friday.