When Outkast burst onto the music scene in 1992, their unique sound put Atlanta on the map. André 3000 and Big Boi met in met at a performing arts high school in Atlanta and went on to record several award-winning hits. One of their most famous, “Hey Ya!,” became the first song on Apple’s iTunes to reach one million downloads. The song in question has some interesting history, including an alternate title. What was it originally called, and why?

‘Hey Ya!’ topped the charts

André 3000 wrote the song in 2002. “Hey Ya!” became an instant hit among fans and critics alike, earning Outkast a place in the spotlight. It grew successful in North America, first charting on the week ending October 18, 2003, at No. 57 on the Billboard Hot 100. At the 46th Grammy Awards, the song won Best Urban/Alternative Performance.

The lyric “shake it like a Polaroid picture” helped to revitalize the Polaroid Corporation at the time. Because the current Polaroid film is sealed behind a clear plastic window, casually waving the picture has no effect on the film’s development, unlike the polaroid pictures of the ’70s and ’80s.

However, Polaroid sought to capitalize on the popularity of the song by making a deal with Outkast to hold Polaroid cameras during some of their performances. While Polaroid did not completely rebound thanks to the name drop in the song, it was temporarily bolstered by it. 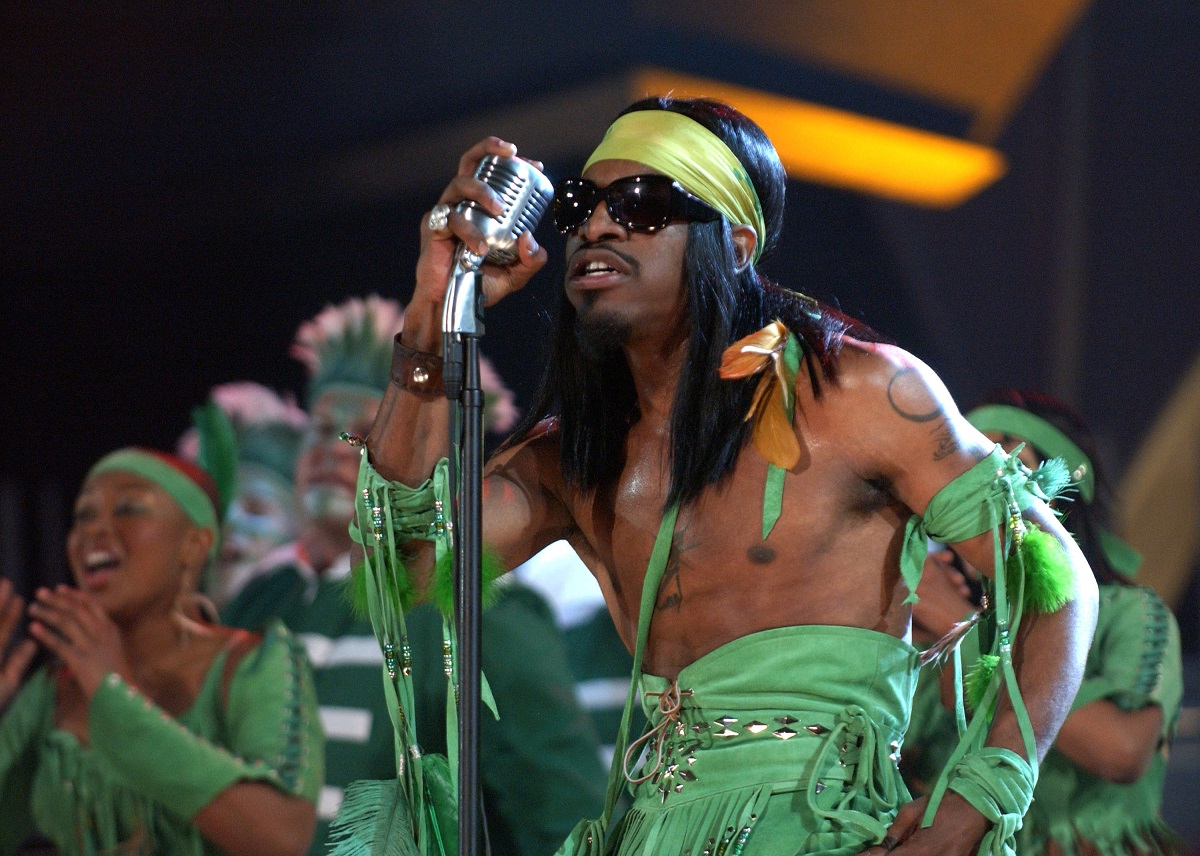 “Hey Ya!” was a dance song for all intents and purposes. Its rhythmic beat and catchy melody made it perfect to move along with. However, the song is actually about marital problems. The lyrics tell a story of trying to keep love alive. At one point, it was called “Thank God for Mom and Dad,” according to Rolling Stone. This is a lyric from the song that hints at the struggles that parents have keeping their marriage together.

The famed artist likely knew how the world might perceive this song. To prove it, André 3000 even inserted the lyric at the end that says, “Y’all don’t want to hear me, you just want to dance.” This is proof that he knew most would not listen to the lyrics and would only focus on the infectious beat and chorus. And clearly, he was right.

The saddest song ever written

Outkast participated in a Twitter meme, deeming “Hey Ya!” “the song the saddest song ever written.” Some may find it curious they chose to put the saddest lyrics to such an upbeat and deceptively happy song. Recording engineer John Frye noted that the song “happened quite fast.” In fact, it was recorded “all in one night.”

In 2007, the band went on hiatus and both members have pursued solo careers. In 2014, Outkast reunited to celebrate its 20th anniversary by performing at the Coachella Festival in April, performing several more dates after. Big Boi from Outkast and Sleepy Brown announced a joint album titled The Sleepover, released September 3, 2021. Meanwhile, André 3000 left music behind.

Outkast has been one of the most successful hip-hop acts to come out of the early 2000s. The group’s unique style and sound made them difficult to duplicate and impossible to imitate. Since fans now know the true meaning of one of their biggest songs, maybe they’ll go back and re-listen to some old tracks for hidden messages.