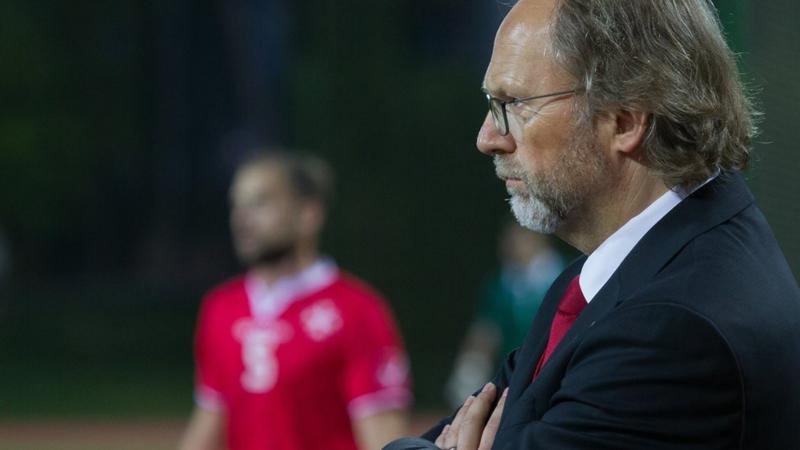 This month’s 2021 Africa Cup of Nations qualifiers between The Gambia and Gabon should be postponed as the former cannot access four of their best players, all of whom are based in Italy, said Scorpions coach Tom Saintfiet.

On Monday, Italy announced that the entire country – which is Europe’s worst affected by coronavirus – was in lockdown as it battles to contain the outbreak.

With four of The Gambia’s players – including defender and captain Omar Colley, who plays for Sampdoria – based with Italian clubs, and thus now inaccessible, Saintfiet told BBC Sport Africa he feels it would be too unfair to play their qualifiers scheduled for the end of March.

“We cannot expect to play qualification games when some countries can’t use many of their best players – not because of injuries or personal reasons, but because of an international problem,” Saintfiet said.

“Now we are talking about Italy, but there are also other European countries, like France and even Belgium where coronavirus is increasing a lot.

“We don’t know how soon it will go. Maybe in one week’s time, there will be parts of France also in quarantine and many African players who play in France will also be having consequences from that.”

The Gambia are due to play in Gabon on 26 March and then at home against the same opposition four days later.

The fixtures are part of a whole series of Nations Cup qualifiers across Africa in the final week of March.

“I think it would be very wise for the Confederation of African Football to follow Fifa’s guidelines – what they did in Asia – to postpone the games for March and June,” said Saintfiet.

On Monday, Fifa confirmed that upcoming Asian qualifiers for the 2022 World Cup had been postponed.

Saintfiet said he believed it would be possible to postpone the Nations Cup qualifiers with minimal impact on the overall football calendar.

“Maybe we can postpone only the March games for now – as soon as possible – so that people don’t have extra costs, and also have time to plan,” he explained.

“We still have dates [available]. Normally in June, there is only one qualification game, so we could easily play two in June, and two in September, and then the four last Afcon qualifiers would be finished on the same date that they would have finished before.

“So if you look to the health of the public, of African people, of our players and staff members – around travelling, taking risks, importing the virus from Europe, and maybe also having the top players not travel, which could have consequences on the performances of teams, and could be an unfair battle – I think it would be very correct, fair and professional, to decide as soon as possible to postpone the games.”

Saintfiet, who said the impact of losing 30% of first-team players for a small nation is huge, said he was optimistic the situation could soon improve.

“Let’s wait, let’s focus on June,” he added. “Probably in that period, the hype of the coronavirus will be done.

“Look to China, where it is already going backwards – where less people are infected, where hospitals are getting closed. It looks quite positive that coronavirus is only a temporary thing, and maybe in one to two months’ time, everything will be ready to play in these games.

“So I think that – for fair play – it would be very wise to postpone these games in March. Then everyone’s health will be fine.”

Tags: Afc, Calls, Coach, for, Gambia, the
You may also like
Celebrities News