EMPTY shelves have been spotted in supermarkets, including Tesco, Sainsbury’s, Asda, Morrisons, Iceland and Lidl.

Shoppers have been urged not to panic buy – but what exactly is behind the shortage of some foods? 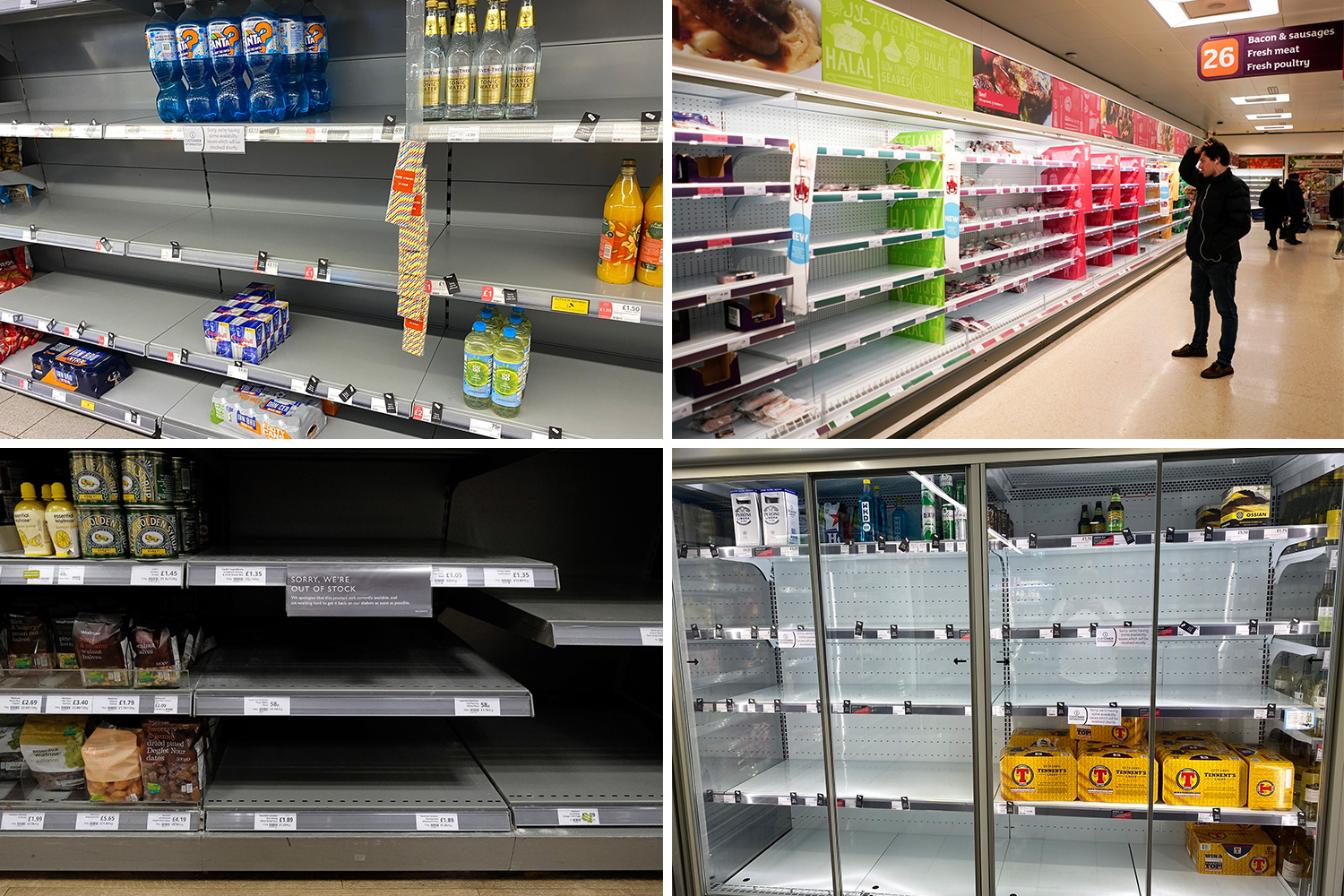 Separate problems with food supply chains have combined to create what's been described as a "perfect storm".

Food will still be available in stores, but shoppers are likely to see fewer items on shelves and less choice of products.

One supermarket boss told The Sun: “We are nowhere near a situation where empty shelves ruin shopping.

"Shoppers might not be able to get the right lettuce but there will be lettuce.”

Lidl told The Sun that the situation was "becoming increasingly difficult" with more staff being told to self-isolate by the Covid app.

"Whilst this is starting to have an impact on our operations, our teams are working hard to minimise any disruption to customers," a spokesperson said.

Sainsbury said that it is working hard to ensure customers can find what they need.

A spokesperson said: "While we might not always have the exact product a customer is looking for in every store, large quantities of products are being delivered to stores daily and our colleagues are focused on getting them on to the shelves as quickly as they can."

Co-op said apologised to customers that it is running low on some products.

"Like many retailers, we are impacted by some patchy disruption to our deliveries and store operations but we are working closely with our suppliers to get re-stocked quickly," a spokesperson for the supermarket said.

Here we explain what's behind the empty spaces spotted on many usually fully stocked supermarket shelves.

There has been a major increase in the number of people being forced to self-isolate after being "pinged" by the NHS Covid app.

That's led to staff shortages in supermarkets and at factories which make the goods you see on shop shelves.

The boss of Iceland said that staff absences are increasing and it has had to close some stores as a result and shorten hours.

M&S has also warned that the increase in staff self-isolating could mean it has to reduce opening hours of its stores.

Meanwhile meat supplies are under threat from staff shortages caused by butchers and meat factory workers getting pinged.

The BRC, which represents the retail industry, is calling on the government to act.

A list of key workers who will be exempt from having to self-isolate is expected to be announced by the government today.

There is a major shortage of lorry drivers which is affecting deliveries of food to supermarkets.

Figures from the Road Haulage Association reveal the UK needs another 100,000 truckers to continue to deliver goods to stores.

Fewer new drivers started working because Covid restrictions have limited training for those joining the industry.

Brexit and the pandemic combined have also resulted in fewer drivers from outside the UK working in Britain, the haulage industry says.

One supermarket boss told The Sun: “The reality is that we’ve been managing the haulier issue for a few months. It has not been resolved and then Covid cases are making that worse."

The lack of lorry driver has been blamed for a shortage of Haribo sweets.

The hot weather is pushing up demand for seasonal products like ice cream.

A sudden spike in demand created a flake shortage in May, for instance.

And shoppers are furious after supermarkets including Tesco, Asda and Sainsbury’s “ran out” of ice cream as Brits sizzle in soaring temperatures.

While this is not uncommon each year during the summer when the weather gets hot, the supply chain problems have made things worse.

At other times a heatwave may mean popular items run out here and there, but when there are already fewer items on shelves this becomes more pronounced.

Retail bosses say the heatwave and a surge in demand for barbecue food, ice creams, soft drinks, beer and salad have added to the problems.

Supermarkets warned back in May that there could be a fruit and veg shortage because there were not enough workers to pick the produce.

There are simply not enough pickers to harvest the crop of items like strawberries, raspberries, peas and lettuce.

Seasonal workers coming to the UK are largely behind the fresh fruit and veg you see on supermarket shelves during the summer months.

But post-Brexit rules have tightened up visas for seasonal fruit pickers who come to Britain over the summer and help to get much-loved food out into the nation's supermarkets.

Tags: four, reasons, supermark, the, why
You may also like
Celebrities News