Revealed: The dangerous cleaning hacks you should never try to fragrance your home – including putting flammable Vaporub into a wax burner

When it comes to keeping our homes smelling good, many of us will try any of the hacks to help.

But some tips and tricks might actually pose more harm than good, and could potentially prove dangerous.

Cleanfluencers sharing their favourite hacks to make their home smell great have been criticised after social media users suggested their advice was putting their home, and life, at risk.

From putting fabric softener in the toilet to mixing a disinfectant with boiling water, people have been shocked by these cleaning hacks. 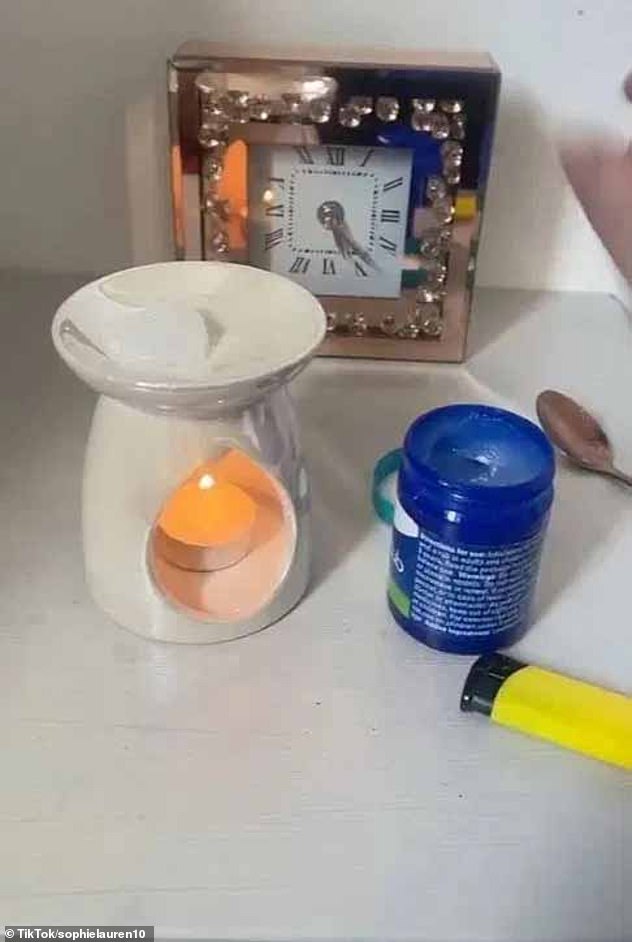 Cleanfluencers sharing their favourite hacks to make their home smell great have been criticised after social media users suggested their advice was putting their home, and life, at risk (pictured, one TikTok user was criticised for advising others to use Vaporub as a wax melt)

It’s the age-old potion for a chesty cough and blocked nose but one mother has claimed Vicks Vaporub has plenty more uses than simply relieving congestion.

Taking to the popular social media site TikTok, she shared her ‘life hack’ for when her family is ‘full of cold’.

In a clip which has been liked by over 1 million people online, the mother of one revealed she puts Vicks VapoRub into a wax burner.

The woman put a generous dollop of the ointment in the top of the burner in the clip, then placed a tealight underneath.

She went on to light it and watched as the product dissolves into a puddle.

However, the ointment contains cough suppressants eucalyptus oil and menthol, and is flammable.

She sparked furious backlash online from other users, who highlighted how dangerous the hack was.

‘I did this and almost burnt my house down,’ one replied. ‘Do not recommend doing this – so unsafe!’

Another added: ‘Please don’t do this is if you have cats or dogs.

‘It’s really bad for their respiratory system and can make them really sick.’

On the Vicks website, the brand warns against heating up their VapoRub.

The advice reads: ‘You should not heat or microwave Vicks VapoRub. Do not add Vicks VapoRub to hot water or any container where heating water. Doing so may cause splatters and burns.’

USING ZOFLORA TO FRAGRANCE YOUR HOME 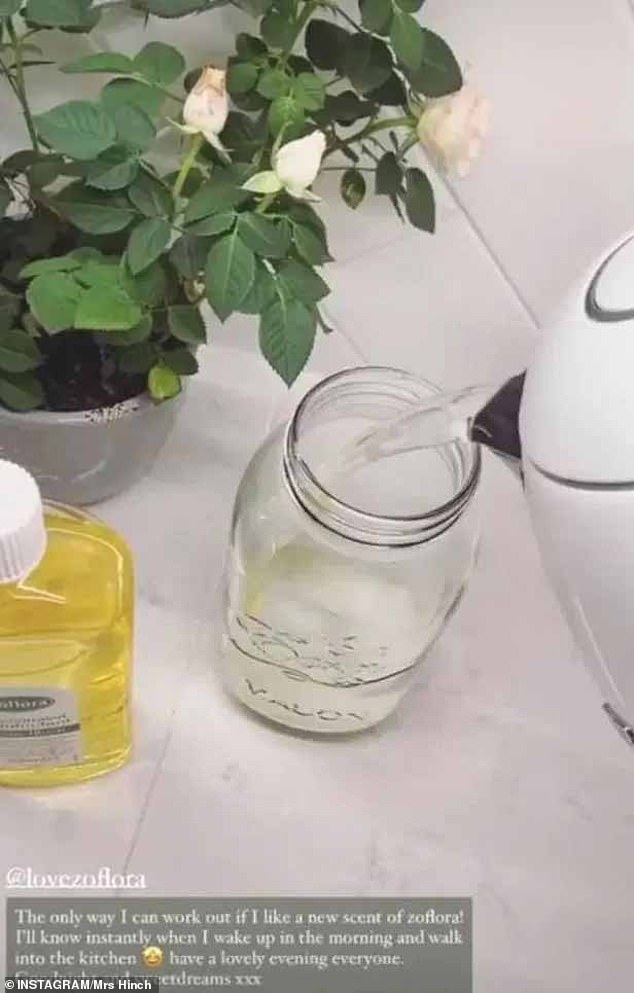 When it comes to cleaning, Instagram star Mrs Hinch is where many of us go for inspiration and tips, but one hack she posted has not gone down well with viewers.

She came under fire last year for telling Instagram followers that the way she judges a new Zoflora disinfectant scent was by mixing it with boiling water and leaving it out overnight.

Filming the process on her Instagram Stories, the mum-of-two wrote: ‘I’ll know instantly [if I like it] when I wake up in the morning and walk into the kitchen.’

After it was posted cleaning tips Facebook page, one homeowner warned: ‘Can’t believe I’m having to write another warning…. please, please, please… do not mix Zoflora with boiling water.

‘It is a disinfectant, it is not meant to be inhaled. I am obviously not talking about when being used for cleaning, I am talking about leaving it out on a counter all night with the sole purpose of the ‘fragrance’ filling the room/house.

‘If you want your room to smell nice, use a wax melt?’

Meanwhile Zoflora released a statement re-iterating that the product should be used as a disinfectant and not an air freshener.

They said: ‘We do not advise using Zoflora with boiling water as this has not been tested, and could potentially negatively impact the ingredients within Zoflora and the vapour they release.

‘The use of boiling water offers no benefits in terms of the disinfecting properties of Zoflora, and we therefore recommend using with cool or warm water.

‘All of our recommended product uses are related to the elimination of bacteria and viruses as Zoflora is an effective disinfectant, and we therefore do not recommend any use which isn’t aligned to the function of this type of product.’

POURING FABRIC SOFTENER IN THE LOO 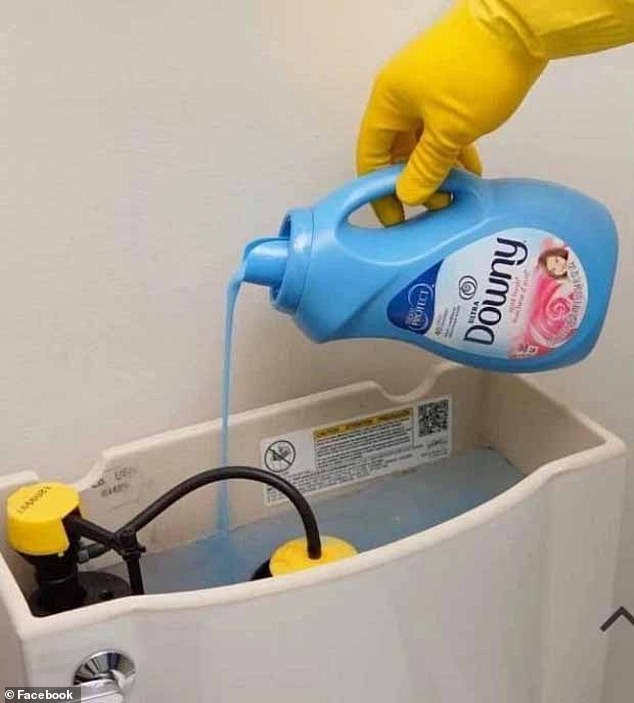 Posting the tip on Instagram , one American cleaner advised ‘pouring a cup [230ml] of laundry detergent in the tank of the toilet’ which will then sink to the bottom

Another hack dividing TikTok users has seen some cleanfluencers recommend pouring fabric softener into the tank of the toilet to help it smell clean.

Posting the tip on Instagram, one American cleaner advised ‘pouring a cup [230ml] of laundry detergent in the tank of the toilet’ which will then sink to the bottom.

They wrote: ‘Each time you flush, a sweet aroma will be released in the tank, and the whole bathroom will smell amazing.’

This is because the water in the tank – which contains the fabric softener – will then be flushed into the bowl.

However, Izzy Shulman – director of Plumbers4U – told IdealHome that the ‘hack’ could potentially damage your drains and increase your risk of flooding, according to The Sun. 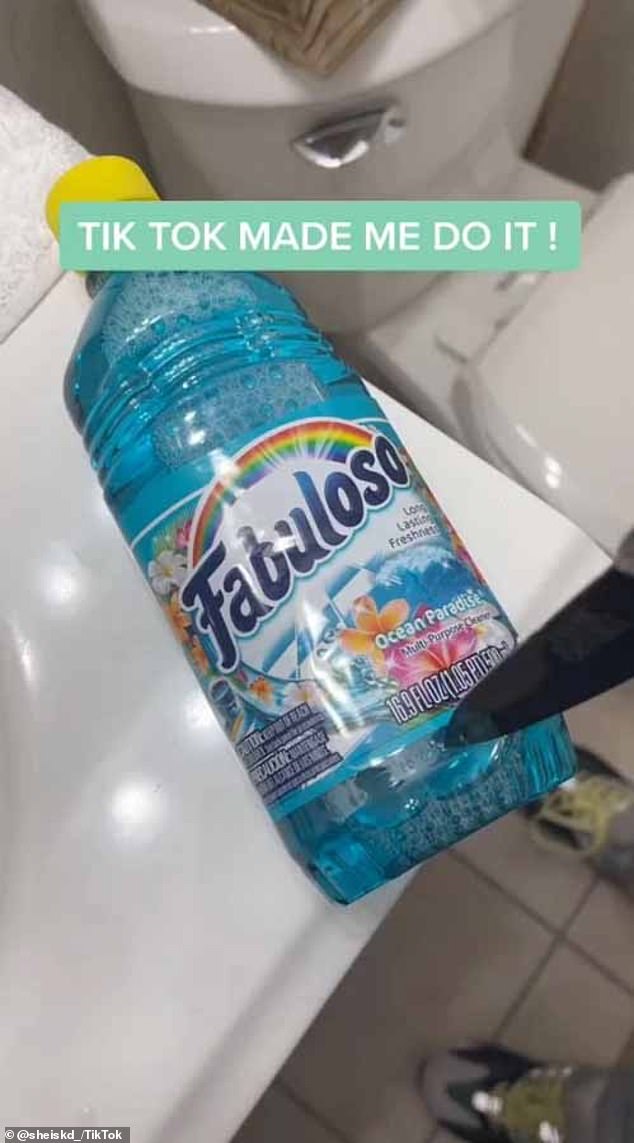 More toilet mishaps came from a couple, the Herreras, also from America, who shared a viral ‘cleaning hack’ on their TikTok and put cleaner in their cistern

She said: ‘We’ve all seen the mess fabric softener can leave in a washing machine drawer.

‘Over time it leaves a sticky film, which can coagulate and block your washing machine.

‘If added to a toilet this means it may build-up and stick somewhere in your drainage.’

Another couple revealed the dangers of pouring anything into the toilet cistern on TikTok. 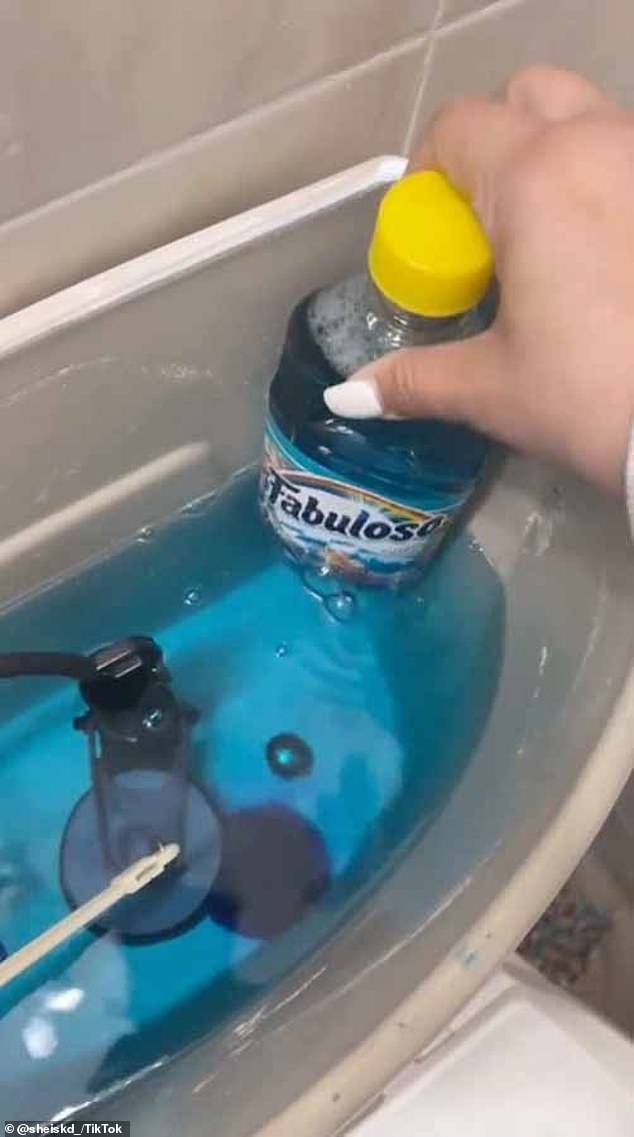 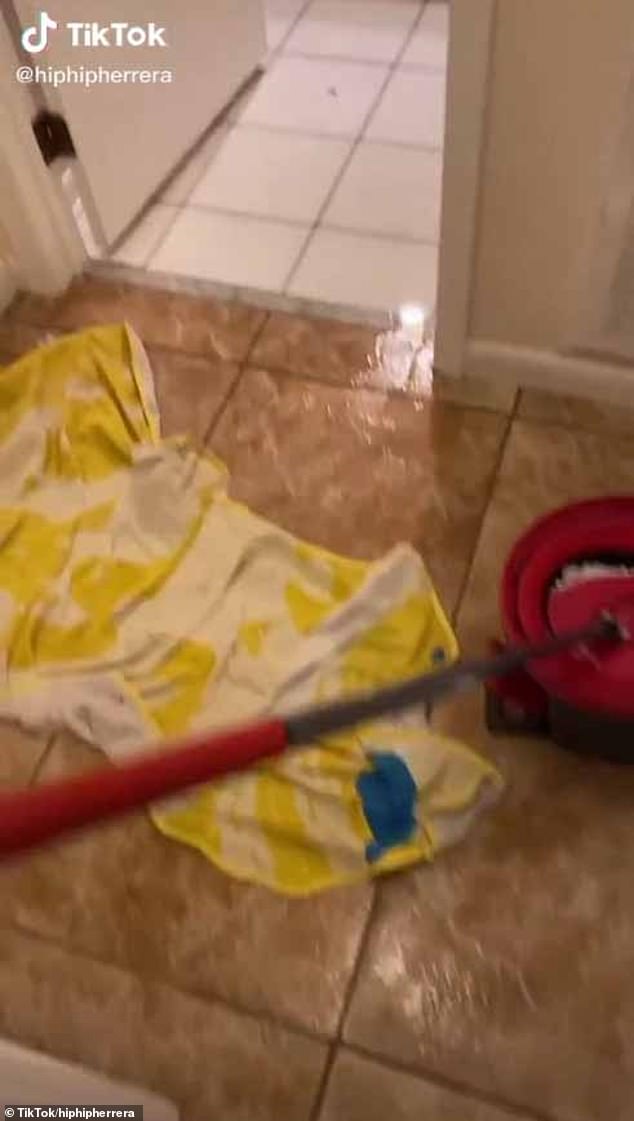 They initially put a bottle of Fabuloso multi-purpose cleaner in their cisterns and appeared pleased at the scent it gave the bathroom.

However, in a second clip the couple revealed that it had caused their entire apartment to flood after the bottle made the toilet run overnight.

She explained: ‘Our bottle lasted a week before floating and knocking the hose – causing water to spray all night long. Don’t try this hack!!’

Users were quick to thank the pair for putting them off the hack, as one wrote: ‘Thanks for sharing. I almost did this!’

Another added: ‘I was waiting for people to realise how big a mistake this hack was.’

Tags: dangerous, Hacks, should, the, You
You may also like
Celebrities News