The common cold could predate modern humans by hundreds of thousands of years, according to scientists.

DNA from traces of adenovirus C which was found in a pair of 31,000-year-old teeth suggests the bug, one of many viruses associated with the common cold, is far older than modern human beings.

In fact, it probably gave Neanderthals the sniffles more than 700,000 years ago.

The teeth, uncovered in Siberia in 2019, were examined by a team of microbiologists at Denmark’s University of Copenhagen, who found microscopic strains of several well-known human infections—including human adenovirus C and herpes simplex-1, the virus that causes cold sores.

It’s the oldest known evidence of viral infections found in human beings, according to New Scientist. Previous proof of an identifiable virus in a homo sapien dates back just 7,000 years.

According to the researchers, who published their work in the non-peer-reviewed pre-print site BioRXiv, comparing the ancient strain of adenovirus to modern strains suggests their common ancestor emerged between 487,000 and 963,000 years ago, with a best estimate of about 702,000 years ago. 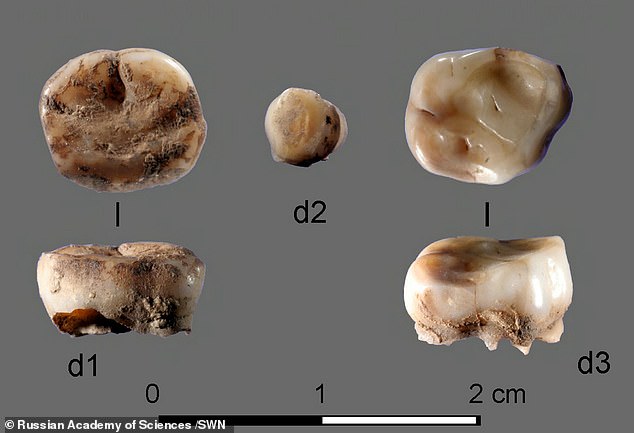 Researchers at the University of Copenhagen were able to retrieve DNA from several viruses from 31,000-year-old baby teeth found in Siberia. Among them were four strains of herpes and human adenovirus C, which is associated with the common cold

The hepatitis B virus has been infecting people since at least the Bronze Age, according to a 2019 study in the journal Nature, which found the virus in 4,500-year-old remains in Mongolia.

As for a bacterial infections, the earliest known case of tuberculosis dates to around 17,000 years ago—but it was a bison in Wyoming.

Known tubercular decay in humans dates from 5,000 years ago, found in the spine of some Egyptian mummies.

Nielsen and her colleagues analyzed DNA taken from baby teeth found buried deep in a remote archaeological site near the Siberia’s Yana River.

The choppers, a pair of children’s baby teeth, were estimated to be 31,000 years old.

The discovery made headlines because the teeth appeared to belong to a heretofore unknown ethnic group, dubbed the ‘Ancient North Siberians,’ who some believe are directly related to Native Americans.

‘These people were a significant part of human history,’ Eske Willerslev, an evolutionary geneticist at Cambridge University and co-author of the Nature report, said at the time.

‘They diversified almost at the same time as the ancestors of modern day Asians and Europeans and it’s likely that at one point they occupied large regions of the northern hemisphere.’ 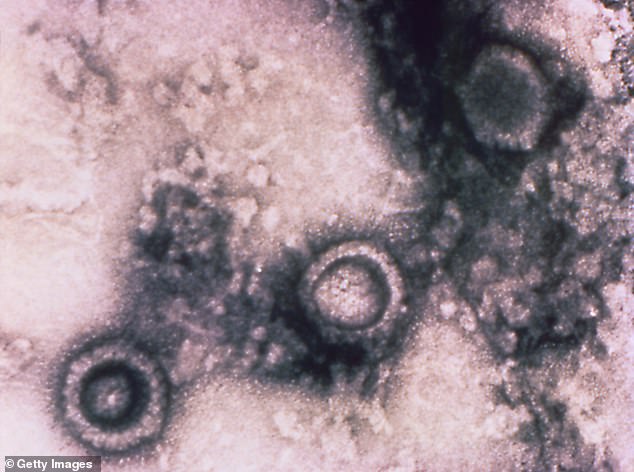 The teeth were found at the Yana Rhinoceros Horn Site (RHS), which was first excavated in 2001 and has turned up more than 2,500 animal bones and ivory, as well as stone tools and evidence of human habitation.

‘You almost certainly have had it as a kid,’ she said. ‘Pretty much everyone has been infected with it.’

To get a handle on when adenovirus C first began infecting humans, the researchers compared the ancient genomes to modern-day strains and extrapolated their common ancestor first emerged long before modern homo sapiens did – some 200,000 years ago. 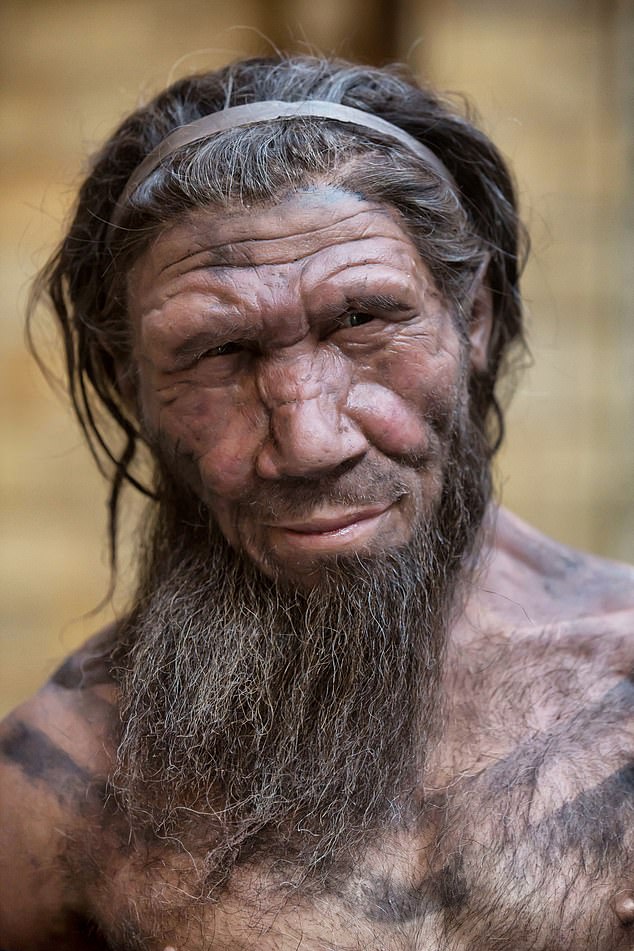 According to researchers from the University of Copenhagen, Neanderthals (pictured) would have battled adenovirus C, one of the many viruses associated with the so-called ‘common cold.’ Their analysis finds the bug to be approximately 702,000 years old, more than three times as old as the earliest estimates for when modern homo sapiens arrived on the scene.

Back then, Neanderthals and Denisovans were walking the Earth.

‘This particular adenovirus C… has probably been around as long as humans in the broad sense were around—including Neanderthals, including sapiens, including probably erectus before us,’ says Sikora.

Not everyone in the field is convinced of the timeline, though: Caitlin Pepperell, a microbiologist at the University of Wisconsin-Madison not involved with the study, told NS that when organisms recombine their DNA—like adenovirus C often does, ‘the signal gets scrambled.’

Still, Pepperell said the extraction of genetic information from such ancient material was ‘a remarkable technical accomplishment.’

Tags: Cold, common, could, predate, the
You may also like
Celebrities News