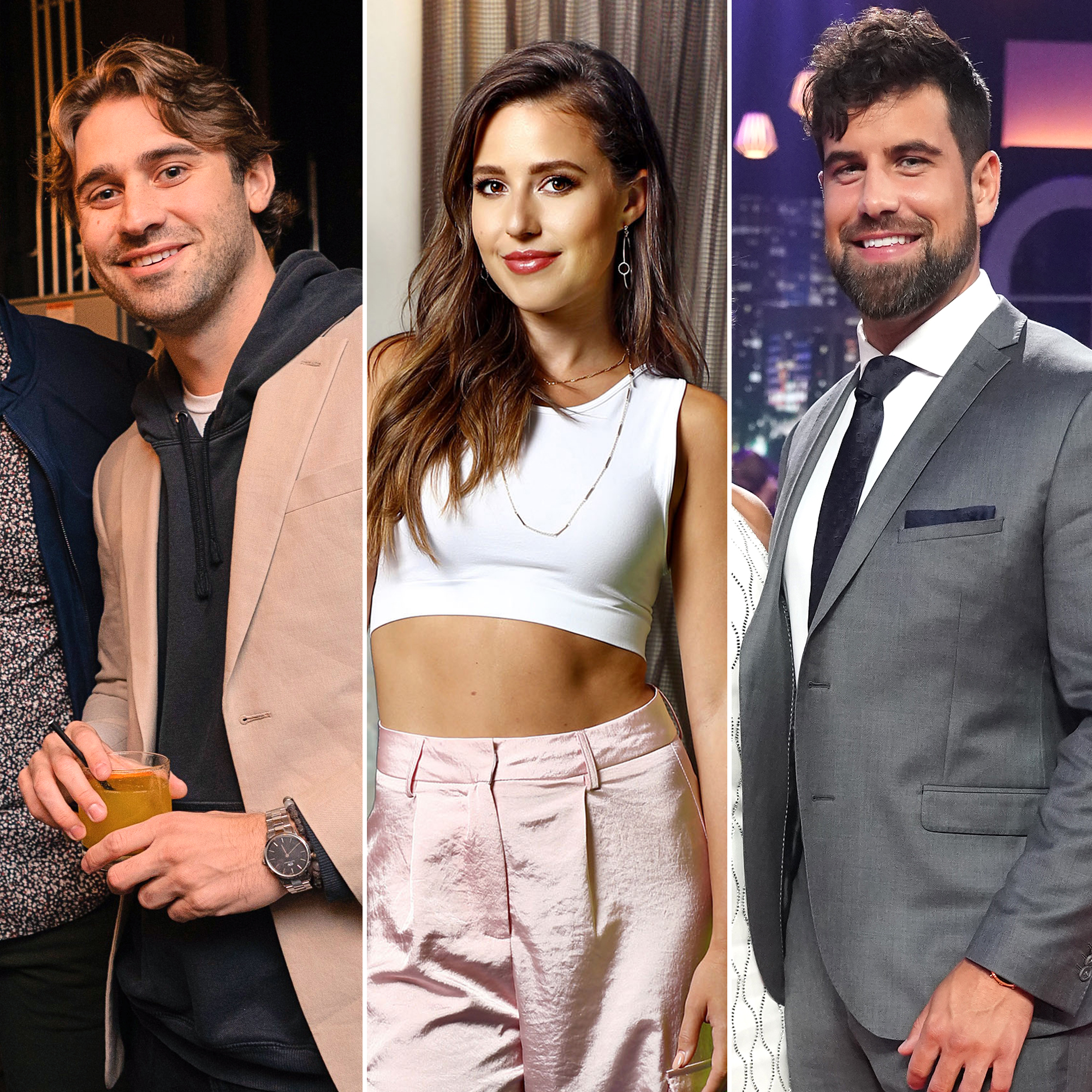 Staying cordial. Nearly one month after Katie Thurston confirmed her split from ex-fiancé Blake Moynes, her ex Greg Grippo has weighed in.

“I mean, honestly, my heart goes out to her for whatever happened,” the New Jersey native, 28, exclusively told Us Weekly on Saturday, November 13 while celebrating Peter Weber’s The Adventures of Pilot Pete, ahead of the picture book’s November 23 release. “I have no idea. We haven’t spoken, honestly. I just wish the best for her. I know it’s probably pretty difficult what happened.”

While Grippo — who notably dated the 30-year-old former marketing manager on season 17 of The Bachelorette before their tense goodbye — has not spoken to his ex “at all,” he remained cordial about both her and the 31-year-old Canada native.

During the celebratory book launch for the former Bachelor (whose children’s book is available for preorder now) at New York City’s Life Rooftop, Grippo hung out with fellow Bachelorette season 17 alum, Andrew Spencer, who offered his own insights about the split. 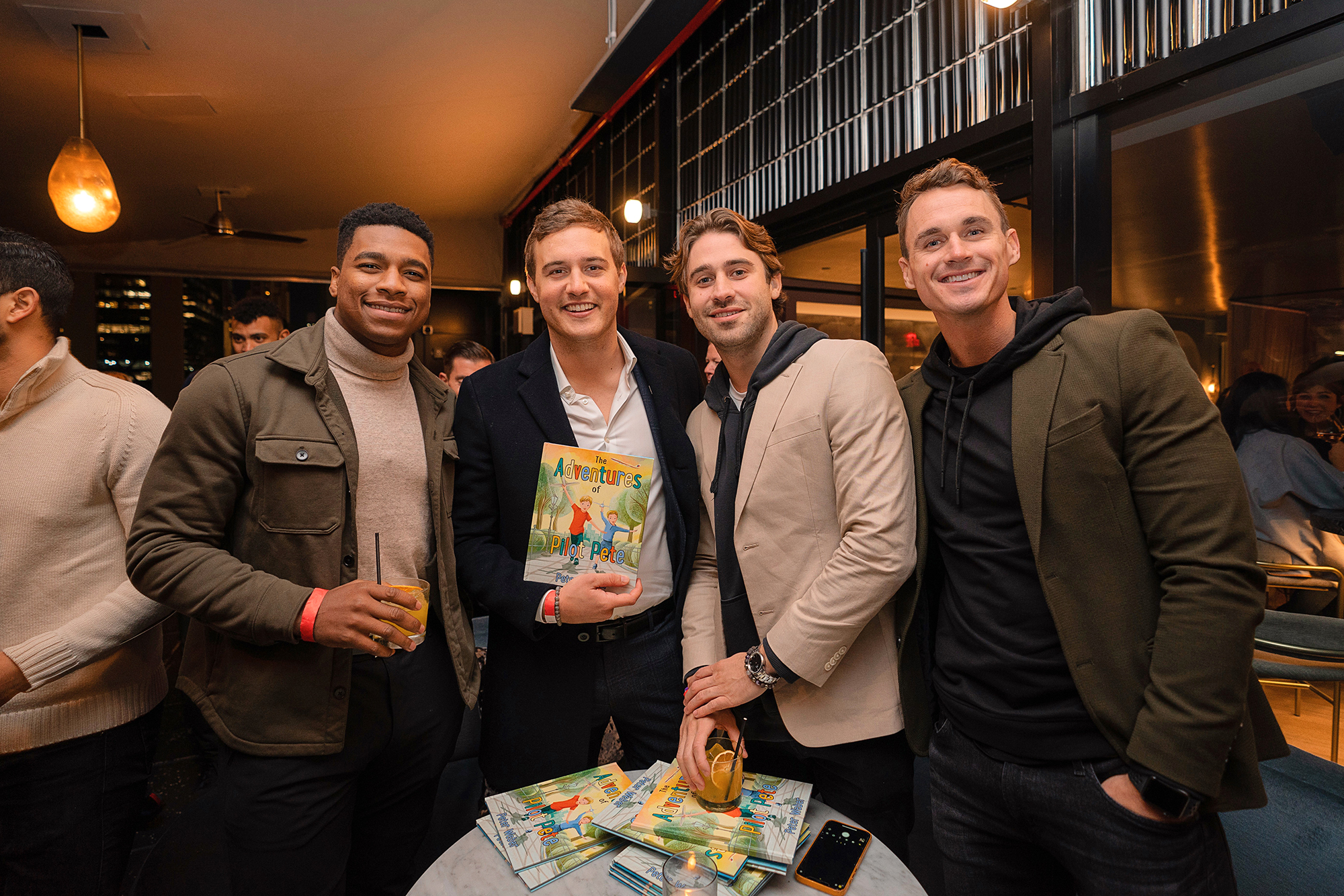 “I think the distance definitely was very prominent, and we knew that,” the football player, 26, told Us. “I mean, I knew for a fact that it doesn’t really work from prior experience in my dating life, and you know, they probably weren’t seeing each other during the show because of trying to keep confidentiality. And then the next thing you know, he’s going to Africa, so I was like, ‘Hmm, could be a little shaky,’ but you never know with those things. But I didn’t see it going very long for sure.”

The Illinois native also revealed he has “briefly” spoken with the San Diego resident, noting that he thought their conversation was “healthy and cordial.”

“Just kind of words of wisdom to her and just making sure she knows that there’s still, you know, good people out there who care and want to see her do well,” Spencer revealed of his exchange with Thurston. “I just want to say I was one of those people — I was like, ‘Hey, keep doing you and don’t think too badly about what’s going on.’ I spoke very briefly about it, but you know, hope her and Blake are doing well going forward, and I wish the best for both of them.”

After the exes fell in love during the ABC series — with their subsequent engagement airing during the August finale — Thurston announced three months later that they had gone their separate ways.

“It is with mutual love and respect that we have decided to go our separate ways,” the Washington native wrote via Instagram in October. “We are so grateful for the moments we shared together and the entire journey that has unfolded this year, but we ultimately have concluded that we are not compatible as life partners, and it is the most caring choice for both of us to move forward independently. We ask for kindness and privacy as we both navigate this transition. Both of us will forever want the best for one another and ask you to please support us in our decision.”

Bachelor Nation Couples Who Have Split in 2021

Days before their breakup news made headlines, the Bachelor season 25 alum admitted that she was “totally winging” her life as the duo attempted to manage their long-distance relationship.

“We’re figuring it out,” Thurston told Us while backstage at Whitney Cummings’ Touch Me Tour at the time, in which she served as the opening act. “We don’t know. This is very new to us still. I’m just focusing on myself, he’s focusing on him, and if we work doing that, great.”

Tags: Bachelorette's, G, Greg, the
You may also like
Celebrities News