Lovely to think that some parallel universe is peopled with brilliant comedians who, instead of going on stage, stuck to their day jobs — creating laughter and havoc unseen.

Bob Mortimer, a sublime raconteur, tells in his autobiography And Away (Gallery Books £20, 336 pp) of life as a young solicitor.

Bob is beloved for his tall tales on Would I Lie To You, so it’s possible some of his anecdotes lack the imprimatur of absolute truth. You might not fully believe his account, for example, of being mugged at the cashpoint by one of his regular clients. 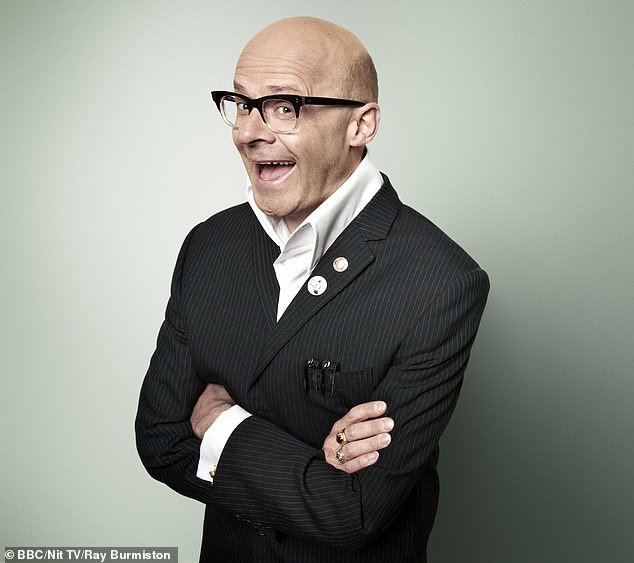 Christopher Stevens rounded up a selection of must-read books written by comedians – including Fight! by Harry Hill (pictured)

Real life and showbusiness crossed in 1996 when Bob and Vic Reeves were presenting an award at the Brits — the year Pulp frontman Jarvis Cocker leapt on stage and waggled his backside at Michael Jackson.

Jacko’s security bundled Jarvis into a dressing room and refused to hand him over to the police . . . until Bob appointed himself as lawyer and intervened. It might be worth a long stretch in prison, just to have Bob Mortimer as your solicitor.

You probably wouldn’t want Harry Hill as your cardiac doctor, though. The big-collared comic’s life story, Fight! (Hodder £20, 320 pp), is disturbingly honest about his mistakes on the wards.

Harry admits that, on one occasion, when he was dragged from his bed to perform emergency surgery on a heart attack victim, he caught himself hoping that the patient would die before he reached the operating theatre — so that Harry would be spared a mountain of paperwork and could go back to sleep.

He’s very funny about the black humour shared by medics, and the catastrophes that exhaustion and overwork can cause . . . such as the time he nearly castrated a man who was in hospital to have his hernias treated.

The patient himself pointed out the error in the paperwork. ‘Good job he spotted it, really,’ remarks Harry.

Jimmy Carr was never going to remain a middle-ranking executive at an oil company. As his memoir Before And Laughter (Quercus £20, 368 pp) makes plain, he loves an audience far too much to settle for anonymity.

But he’s had so much therapy over the years he could set up shop tomorrow as a grief counsellor and motivational coach. 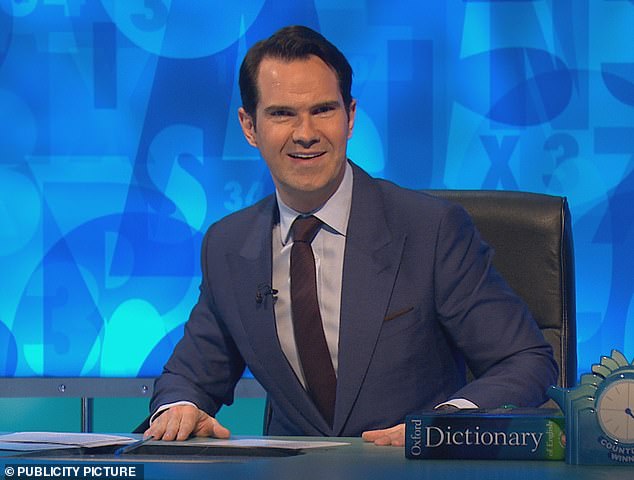 Jimmy Carr’s (pictured) memoir Before And Laughter makes plain, he loves an audience far too much to settle for anonymity

Most of these books contain a chapter on ‘life lessons’, a summary of all the things the stars wish they’d known when they were starting out. Jimmy’s are brutal: work hard, pretend to be happy, don’t drink, don’t be a people pleaser and never gratify a desire today that can be deferred until tomorrow or, better still, old age.

Billy Connolly was, famously, a welder at a Glasgow shipyard before going on to reinvent stand-up comedy. Billy, who has never been busier since he announced his retirement from live performances in 2018, was taken on as a teaboy at the Clydeside works shortly before his 16th birthday: ‘They were to become a second family to me,’ he says, ‘the best people you could ever hope to meet.’

Less famously, he joined the Parachute Regiment’s territorial brigade as a teen. On his first jump, he left the plane sideways, hit his head against the fuselage — ‘That’s called ringing the bell’ — and got his parachute lines into a twisted coil. ‘Luckily,’ he comments, ‘I managed to disentangle them.’

Windswept And Interesting (Two Roads £25, 400 pp) unspools like one of Billy’s marathon monologues — unsurprising, as he recorded the whole thing onto his phone then found the dictation software couldn’t decode his Glaswegian accent. His family had to transcribe it for him.

Michael McIntyre’s early life and his ‘real jobs’ were covered in his previous autobiography. This one, A Funny Life (Macmillan £20, 352 pp), picks up in 2006 after his Royal Variety Performance. He imagines Prince Charles watching from the Royal Box, ‘his face grinning and wobbling, muttering to Camilla, “He’s an incredibly funny chap”.’

His naive joy in his own success is limitless. 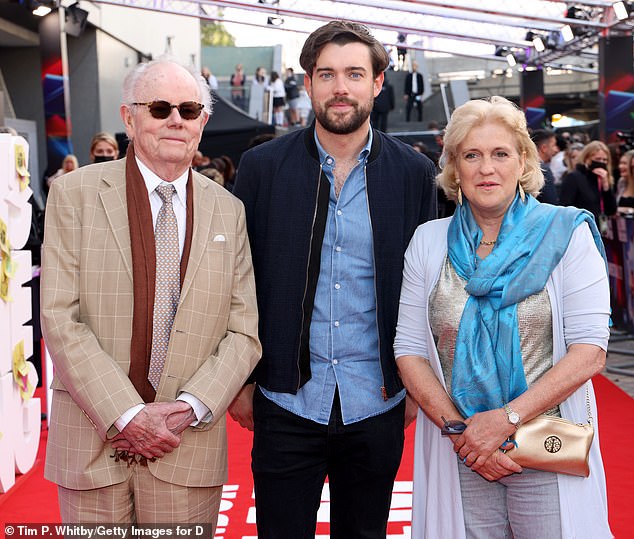 Jack Whitehall’s How To Survive Family Holidays, co-written with his parents (pictured), is a round-up of their travels

So are his audiences — four million people bought tickets for one recent tour, and he holds the record for selling out the O2 Arena on 28 nights. The book is full of phrases like, ‘The audience lapped it up,’ and, ‘Everything in the show went well.’

Daisy May Cooper could do with some of his boundless good fortune.

Don’t Laugh, It’ll Only Encourage Her (Michael Joseph £20, 432 pp) is splattered with disasters as she tries to earn a living as an actress — humiliations at the Job Centre, cleaning offices at far below minimum wage, that time she auditioned to be a stripper and was laughed off stage by topless dancers . . . When she does finally land a part in a TV drama, a small role in Doc Martin with Martin Clunes, she mucks up her lines by swearing on camera.

Any success she has, she’s earned it the hard way.

No one can say that of Jack Whitehall, whose family (his father is theatrical agent Michael Whitehall) and public school education (boarding from the age of eight) couldn’t be more different from Daisy’s upbringing in rural poverty. How To Survive Family Holidays (Sphere £18.99, 288 pp), co-written with his parents, is a round-up of their travels, laden with fillers like ‘Useful phrases to learn in any language’ and ‘Ten things you will regret buying on holiday’.

That’s the problem with an over-privileged life — there’s nothing to put in the autobiography.