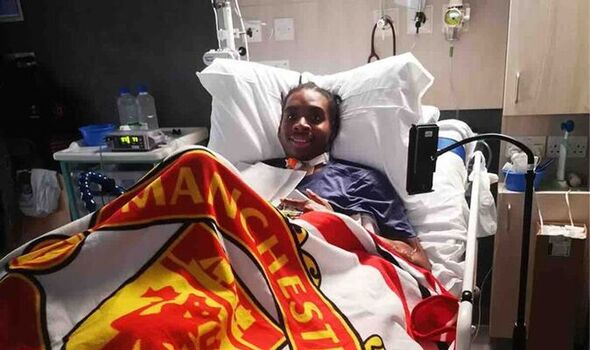 On the day everything changed, the mother of James Bascoe-Smith thought nothing of his offer to test-ride her new bike. The then 16-year-old teenager wanted to ensure that his mum’s bike was “100 per cent rideable” and so he took it out for a short spin around the streets of their home in Brixton.

Little did they know that just a short while later, their lives would dramatically change after James was knocked from the bike by masked men and stabbed multiple times in a “brutal and terrible attack”. James managed to video-call his mum as he lay dying on the ground, reports MyLondon, while emergency services rushed to the scene to try and save his life

His stab wounds led to catastrophic bleeding and roadside surgery was performed by HEMS doctors, to allow them to perform manual heart massages and compressions. He was defibrillated four times before his heart began beating again, and was effectively dead for 50 minutes while being rushed to hospital.

As a result, he suffered a severe hypoxic brain injury, with his family told to prepare for the worst. He suffered a number of cardiac arrests, with doctors predicting that it was unlikely that he would return from a vegetative state. Despite all the odds however, James has made a startling recovery and was eventually released after spending a total of 449 days in hospital.

Both James and his family are now committed to tackling knife violence, and have launched a new campaign ‘Sit Up to Stand Up 2 Knife Violence ’. This comes after James, now aged 19, managed to achieve 100 sit-ups in a physiotherapy session, with the family hoping to inspire others to participate in their challenges to raise awareness. They have also launched a GoFundMe to raise funds for his treatment, which includes occupational therapy, talking therapy, specialist equipment and a speech and language therapist.

What happened to James?

Described as a “happy boy, always smiling” by his mum Lisa Bascoe-Smith, James had never been involved in gang violence or any form of trouble. A passionate Manchester United fan, he spent his time watching football games, hanging out with his friends and listening to music. ”He was doing music technology, he was DJing and he was such a family-orientated young boy and a lot of that I feel has just been taken away just like that,” his mum said.

On February 23, 2021, James offered to test-ride his mum’s new bike while she waited on the doorstep. It was during that short bike ride that he was knocked to the ground by masked men in an unprovoked, random attack, and stabbed multiple times.

Speaking at the trial of his attackers at the Old Bailey, prosecutor Edward Brown KC said it was a “very determined and concerted” effort and “nearly succeeded” in killing the teenager. Afterwards, a selection of “terrifying” knives were discarded at the scene, including a combat knife, a Zombie-style machete and a Rambo-style blade.

In September, Leon Rashid, 20, and Taiquane Lewis, 18, were convicted of conspiracy to murder him while two others were cleared. As the jury verdicts returned, James and his family sat in the public gallery and he was seen smiling as they were pronounced guilty. Both men are due to be sentenced for the atrocious crime on Friday afternoon (November 4) at the Old Bailey.

However, the road to recovery for the talented musician has been incredibly difficult. He was effectively dead for 50 minutes which caused a catastrophic brain injury, resulting in him spending 174 days in a trauma hospital. His stab wounds had lacerated his liver, ripped through his diaphragm, punctured his lungs and ripped his aorta.

After being taken to the intensive care unit, his blood pressure was unstable and the family faced the risk of him contracting sepsis. Despite suffering several cardiac arrests, he eventually opened his eyes for the first time a few days before Mother’s Day, although doctors warned it was likely he’d remain in a vegetative state for the rest of his life.

Due to his brain injury, his limbs became dystonic which left him physically disabled, and his weight dropped to below six stone. James persevered however, and over time he gradually began to show signs of improvement. He began to stick his tongue out and to eat food and on his 18th birthday, he said the word ‘Mum’ for the first time.

While being treated at The Royal Hospital for Neurodisability, he relearned to write his name, cook and participated in singing lessons before he was eventually discharged in May of this year. His aunt Rachel Duncan said: “He spent a total of 449 days in hospital and of that 174 days in a trauma hospital. I was told that James would not survive past 24 hours of admission, I knew that he would.

His family however are asking for help with his treatment as he requires around-the-clock care. Lisa has now become his full-time carer but James requires bespoke equipment to help with his rehabilitation, that includes an electric folding wheelchair, an adaptive sofa chair, an electric tilt table and a mobile hoist.

They have also launched their campaign ‘Sit Up to Stand Up 2 Knife Violence’ which aims at tackling knife crime across London. At an event attended by MyLondon on October 1, the family invited members of the local community as well as senior Met Police officers, members of the council and the London Fire Brigade to take part in a sit-up challenge.

Speaking to MyLondon, Chief Superintendent Wingrove said: “So this event Sit Up to Stand Up to Knife Violence, we have witnessed the bravery, determination and courage of James’ family which has been awe-inspiring. Bringing together the community, the council, the police, the fire brigade, a whole range of other partners into one space has just been amazing.

“We’re thinking what more around this can we do, working together with communities and agencies to end knife violence and knife crime so young people in the future grow up in a safe neighbourhood, without the fear of having to carry a knife.”

His mum Lisa said: “As a family we’re here to show him ‘right son, whatever you want to do, you can do, you’ve made it this far’. He will get back up on his feet, he’s so determined that he will stand, he will walk and I think right now it’s our job to make sure that we can keep him going. Whatever support we can give him we will do that.

“Now he very much wants to do all the stuff that young boys do, he’s a teenager, he’s missed out on some key points like his 18th birthday. We managed to throw him a little do for his 19th birthday, which was a few weeks ago. Again, an emotional rollercoaster because for him it’s not the same, he wants to be there dancing with his mates. We just have to show him you can do these things son, whatever you can possibly do you will do that.”

You can find details of James’ recovery and a link to donate to his GoFundMe here .