A stable which provides a lifeline to disabled and at-risk young people has been saved after reaching their fundraising goal of £1million – with just one week to spare.

Park Lane Stables in Teddington, south-west London, launched a campaign to safeguard their centre after learning that the landlord was going to sell the lucrative portion of land where their yard is located.

Centre manager Natalie O’Rourke appeared on This Morning today, with mother Helen Clarke and son Christian, who has ADHD, to share her delight over the stable hitting its fundraising goal – and raising another £225,000 to boot.

The stables provides 3,000 riding lessons a year for the children, teaches them how to care and groom for the animals, provides a wheelchair-friendly carriage and offers special equine-assisted therapy. 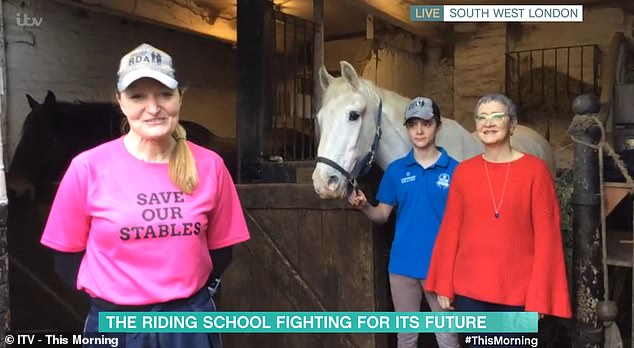 Centre manager of Park Lane Stables in Teddington, Natalie O’Rourke (pictured left) appeared on This Morning today to share her delight that the stables has hit their £1M fundraising goal –  with just a few days to spare 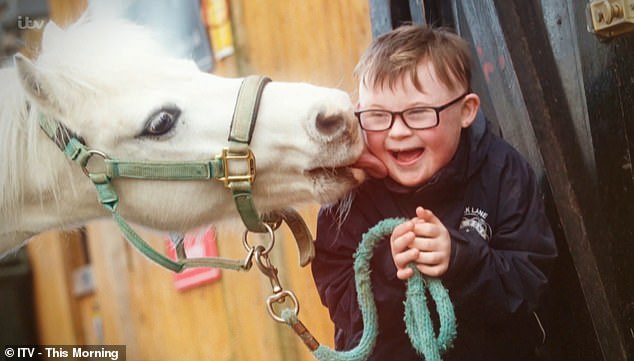 The London-based stable launched a campaign to safeguard their centre after learning their landlord was going to sell the land. Pictured, one of the children who attends Park Lane stables

‘We’ve done it!’, said a joyful Natalie. ‘With the power of the people, we have now become a people’s stables and it’s owned by the people. So thank you, that’s all we can say to every single person that’s helped us.’

The stables, which is also a space for at-risk young people to be referred by schools or local authorities, were tasked with finding the money by February 25th, and their total is currently at £1,222,889 and still growing.

Helen, whose son Christian developed a love of horses before his ADHD diagnosis, went on to praise the ‘power of horses’ and explained how it inspired her child to pursue a career working with animals.

‘We’re not at all a horsey family so it’s been a surprise to us really, the power of horses to really help people’, said Helen. 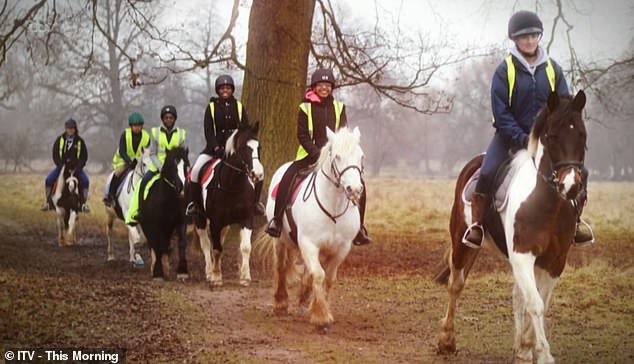 The stables provides 3,000 riding lessons a year for children as well as teaching them how to care and groom for the animals 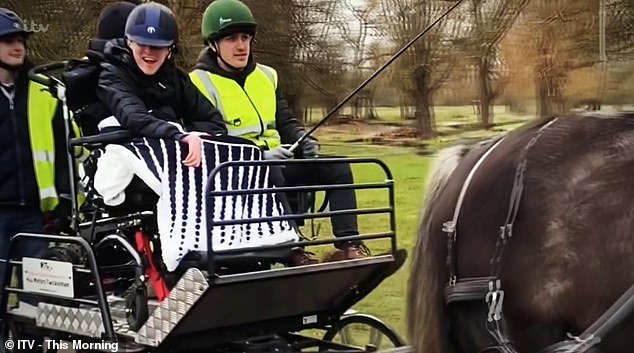 ‘So we realised that horses were helpful before he got his ADHD diagnosis, and we then were too lucky to find Nat and Park Lane.

‘Just being here, Nat has enabled him to have access to many opportunities. Christian is now considering a career working with horses as a direct result of his time at Park lane.’

Christian wants to eventually become a jockey, and said the first time he was able to race a pony at the stable was the ‘best day of his life.’

‘I’d love to become a professional jockey’, he said, ‘I did pony racing here at Park Lane which I really loved and enjoyed, it was the best day of my life, my first race and now I work in a racing yard and go every Thursday and Saturday and love it.’

When asked whether there’s ever any risk with the animals, Natalie insisted that the horses have a ‘sixth sense’ about the needs of a child. 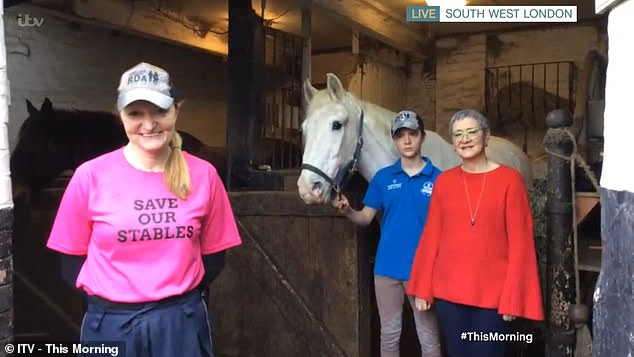 Natalie appeared with mother Helen Clarke and son Christian, who has ADHD, (pictured right) who regularly attends the stables and has been inspired to work with horses in the future 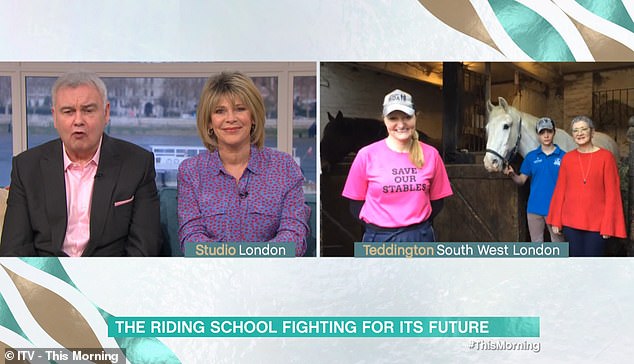 Christian wants to eventually become a jockey, and said the first time he was able to race a pony at the stable was the ‘best day of his life’

‘We know the horses so well and obviously the horses are really well trained to do the job that they do’, she told.

‘But they also have a sixth sense, they know what people’s needs are and respond to people’s needs. They are really gentle really kind horses.’

The manager said she could ‘fill hours’ with examples of children and parents who benefited from the animals, telling stories of children who sleep better when they see the horses, and one who learned ’emotional connection’ from his time at the stables.

She told: ‘One example is a child that came here riding lessons for many weeks and his mum said that now, as a result of that, she can hold his hand. 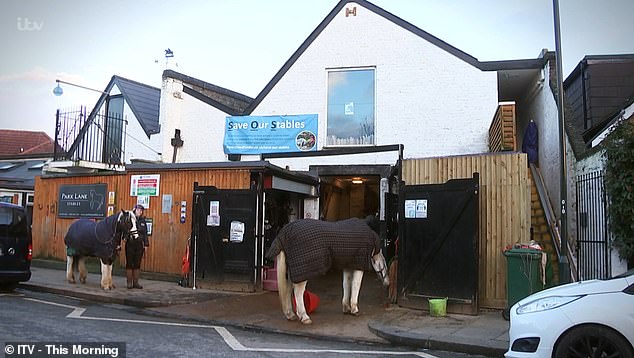 The manager said she could ‘fill hours’ with examples of children and parents who benefited from the animals. Pictured, the exterior of Park Lane Stables

‘He’ll look her in the eye and he can walk around the supermarket with her because he’s learned emotional connection from the horses.

‘There’s another child who comes here, the only time he sleeps is when he’s been riding, that’s the only respite his mum gets, that’s the magic of horses.’

Speaking of hitting their fundraising goal, Helen added: ‘It means this place is here for the future, for more people like Christian and all the people Park Lane helps.

‘Going around door-to-door, masked and socially-distanced, even people who had not had personal contact were so keen to keep the stables. It really is the centre of the whole community and the heart of Teddington really’.

Tags: children, disab, for, Stable, with
You may also like
Celebrities News