EDINSON CAVANI has moved a step closer to securing a second season at Manchester United.

Old Trafford boss Ole Gunnar Solskjaer has heaped praise on striker Cavani, 33, who has impressed after joining on a free transfer with a one-year deal. 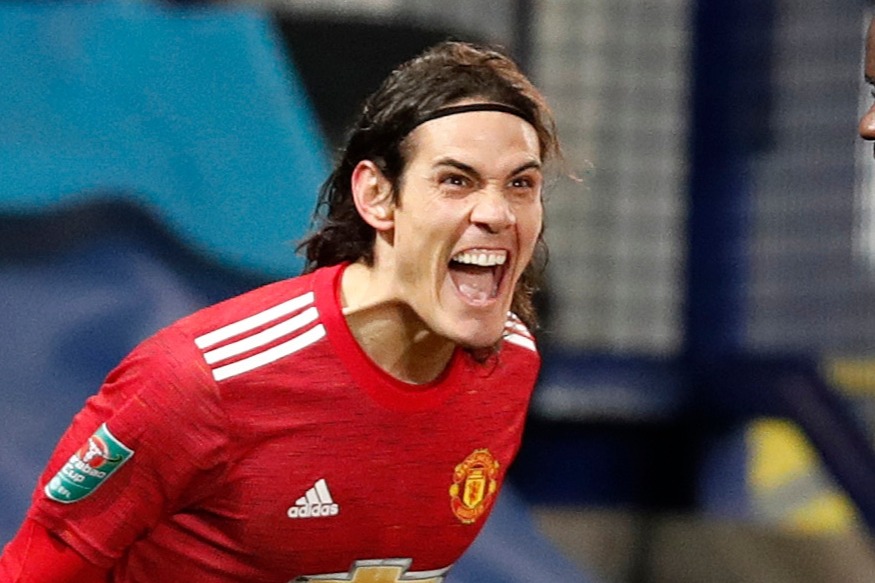 Solskjaer, preparing for Tuesday's home clash with Wolves, said: “At the moment it looks like he has a few years left in him.

“He has been a great influence and had a great impact. Let’s just focus on improving everyone as well but he has a few years left in him.

“He is a meticulous profesional. His habits and everything he does shows you about why he has had the career he has had.

“He is still one of the fittest players we have got."

Although £200,000-a-week Cavani will see his contract run out at the end of the season, United have an option for a second season and it looks likely they will move to keep him at the club.

The Uruguayan, who spent seven years at Paris Saint-Germain, has scored four times for United but has also impressed with his workrate.

He made a big difference when arriving as a 75th-minute substitute in Saturday’s 2-2 draw with Leicester and helped create Bruno Fernandes’ goal for United's second goal.

On arrival at United, Cavani asked for the iconic number 7 shirt as worn by Cristiano Ronaldo, Eric Cantona and David Beckham.

Solskjaer said: “It is the first thing he asked me – to wear the number 7 shirt.

We have good competition for places and he will probably start more games than he will not start.

Asked whether Cavani is a starter or an impact substitute, Solskjaer added: “He is definitely a starter.

“You don't classify a player of that quality as anything else. I trust him. I trust my players.

“We have good competition for places and he will probably start more games than he will not start.”