Jos Buttler top-scored as England were bowled out for 316

Joe Root and Jos Buttler kicked off England’s tour of Sri Lanka with half-centuries as the tourists were bowled out for 316 on day one of their opening warm-up match in Katunayake.

Root made a sound 78 against a SLC Board XI before Buttler, who has faced question marks over his place in the Test side following a poor spell of form, bested him by a single run to finish as top-scorer.

Buttler occupied the crease for three-and-quarter hours against a gentle attack, facing 159 balls for his 79 but England admitted that pitch conditions were not exactly as expected.

Their last series on these shores, a 3-0 whitewash for the tourists in 2018, was dominated by spin and the first Test on March 19 is being staged in Galle, one of world cricket’s most reliable turning tracks. 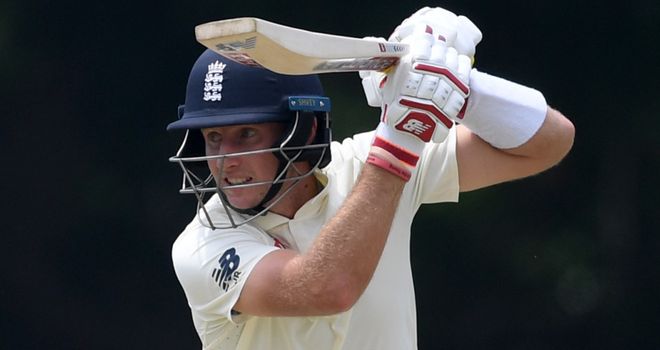 Here, though, England were served up a green-tinged pitch, on which seamers took seven of the 10 wickets to fall. In the first session there were just two overs of spin, the exact opposite of what can be anticipated in the series proper.

“It has been green to be fair, there’s more grass than you would expect to see here. We’d expect to see more spin down in Galle,” said head coach Chris Silverwood.

“That’s not a bad thing, the wicket has been a good deck and made us work hard and it was good to see a couple of lads get decent scores. You try and prepare for all circumstances, so we’ve been practising spin in the nets but we’ve also had good practice against our own seamers as well.

“Sri Lanka have a different coaching staff in place with different ideas, so we have to be open minded and prepare for all circumstances.”

Regardless of the surface itself, the sight of Buttler batting long and showing confidence, not least when hoisting the only six of the day down the ground, was a welcome one.

He has the full faith of the management and selectors but with Ben Foakes, man-of-the-series on the last visit to Sri Lanka, providing competition as wicketkeeper-batsman the challenge is clear.

“It will have brought Jos some confidence, how well he has played today and he’ll take that forward. It’s great to see him out there doing well,” added Silverwood.

Zak Crawley began the day in fluent fashion, reeling off 43 at almost a run-a-ball, while Joe Denly chipped in with 32 at number three.

The remainder of the batting line-up, which included Keaton Jennings at eight and Foakes at nine as England took advantage of the non first-class status, failed to make a serious dent.

Day two will see the bowlers get their chance, though slow left-armer Jack Leach is unlikely to feature. He has been working back to fitness after a calf injury and being treated carefully given his importance to the team’s game plan over the next few weeks. 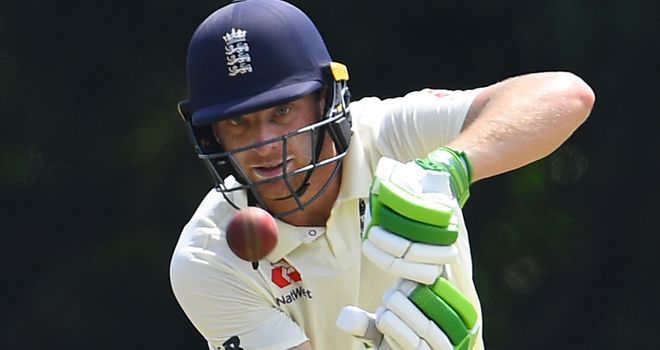 “I’m absolutely happy that his fitness is heading in the right direction for Galle,” said Silverwood.

“If you look at the bowlers we’ve got here in the spin department he is the senior man amongst them and he’s also got experience of playing out here already.

“What he’s done out here before is great knowledge for the other guys and to have him here is fantastic.”

Silverwood was speaking from behind an ad-hoc buffer zone consisting of little more than a blue table, a nod to England’s ongoing precautions around the spread of coronavirus.

There has been just one recorded, and resolved, case on the island but the squad are remaining careful.

“I’m taking Jurgen Klopp’s lead here – I’m not a doctor so we do what we’re told and follow the advice,” he said.

“We’re all in the same boat and we do our best to be as vigilant as possible.”

Watch England’s two-Test series against Sri Lanka live on Sky Sports Cricket. Our coverage of the first Test, in Galle, gets under way at 4am on Thursday, March 19.