SIMON WALTERS on the row that’s really got Boris Johnson rattled: Who helped the PM pay to refurbish his Downing Street flat?

Questions over who helped Boris Johnson pay for the refurbishment of his Downing Street flat are the latest in a series of controversies over how open he is about where his money comes from.

He was warned two years ago he would be punished if he continued to flout Commons rules on disclosing his outside interests.

Parliamentary Commissioner for Standards, Kathryn Stone, said Mr Johnson had failed to ‘demonstrate leadership’ by omitting to register a 20 per cent share of a property in Somerset. 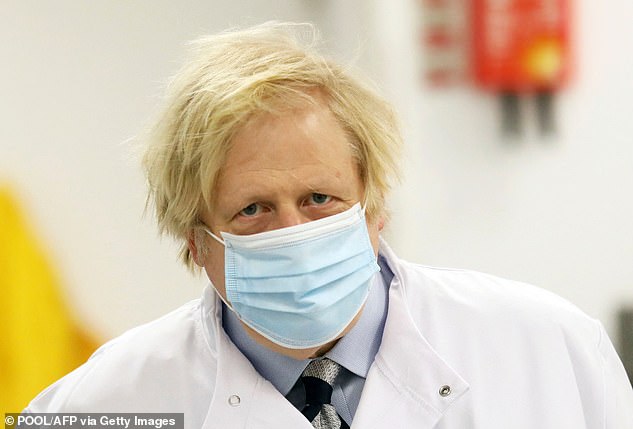 MPs on the Commons standards committee said his ‘over-casual attitude’ to parliamentary rules was a ‘pattern of behaviour’.

They warned he would face a ‘more serious sanction’ – a thinly veiled threat to suspend him as an MP – for any further breaches. Only months earlier, Mr Johnson had to apologise in the Commons for the late declaration of nine payments totalling £52,000 of outside earnings.

Which, in my view, is why the Prime Minister cannot dismiss similar concerns raised by the flat makeover. The central allegation is familiar: his alleged failure to disclose openly and promptly what other sources of income or benefits he has received.

According to insiders, Mr Johnson secretly got a Tory donor to help pay for the refurbishment via the Conservative Party, failed to declare it, subsequently set up a ‘Downing Street Trust’ to hide the money trail – and tried to cover up the whole affair.

The Commons Register of Interests is clear: MPs must declare ‘any pecuniary or other material benefit which might influence his or her action’. And do it within four weeks.

The code says politicians must not act ‘to gain financial or other benefits for themselves, family or friends’.

If £60,000 of Tory party money was secretly used to pay for new decor in the Downing Street flat, it is not difficult to see how some could argue it is against the rules. 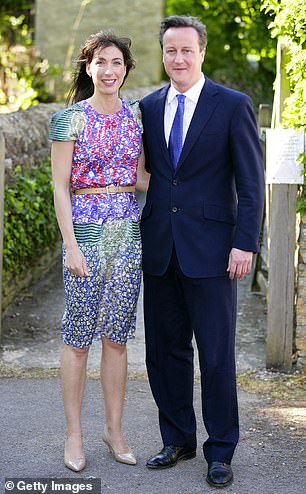 In one discussion with aides, he referred to the way David Cameron and wife Samantha (pictured) paid £25,000 of their own money towards the cost of a new No 11 kitchen

Mr Johnson appears to be pinning his hopes on avoiding a scandal by setting up the trust. The aim is to use it to maintain the state rooms in Downing Street, and – in the words of one aide – ‘hope that no one notices it also pays for Mr Johnson and Miss Symonds’ expensive taste in wallpaper’.

It is based on the Chequers Trust which maintains the Prime Minister’s official country home. That trust is funded by an endowment from Lord Lee who gave it to the nation a century ago.

Key trustees are appointed by the Prime Minister, it meets behind closed doors and does not say how it spends its money.

You can see the attraction of having a similar arrangement for the Prime Minister’s official London home. However, unlike the Chequers Trust, the Downing Street Trust will reportedly be bankrolled by Tory donors, making it overtly political. The risk of a conflict of interest would appear obvious.

Publicly, Downing Street claims the row over the refurbishment is a storm in a teacup. Privately, Mr Johnson is worried.

In one discussion with aides, he referred to the way David Cameron and wife Samantha paid £25,000 from their own money towards the cost of a new No 11 kitchen.

‘Cameron got screwed in public even though he paid for it himself,’ he said.

‘If it gets out that I want donors to pay, it’ll be a disaster.

Tags: on, row, Simon, that, the, WALTERS
You may also like
Celebrities News