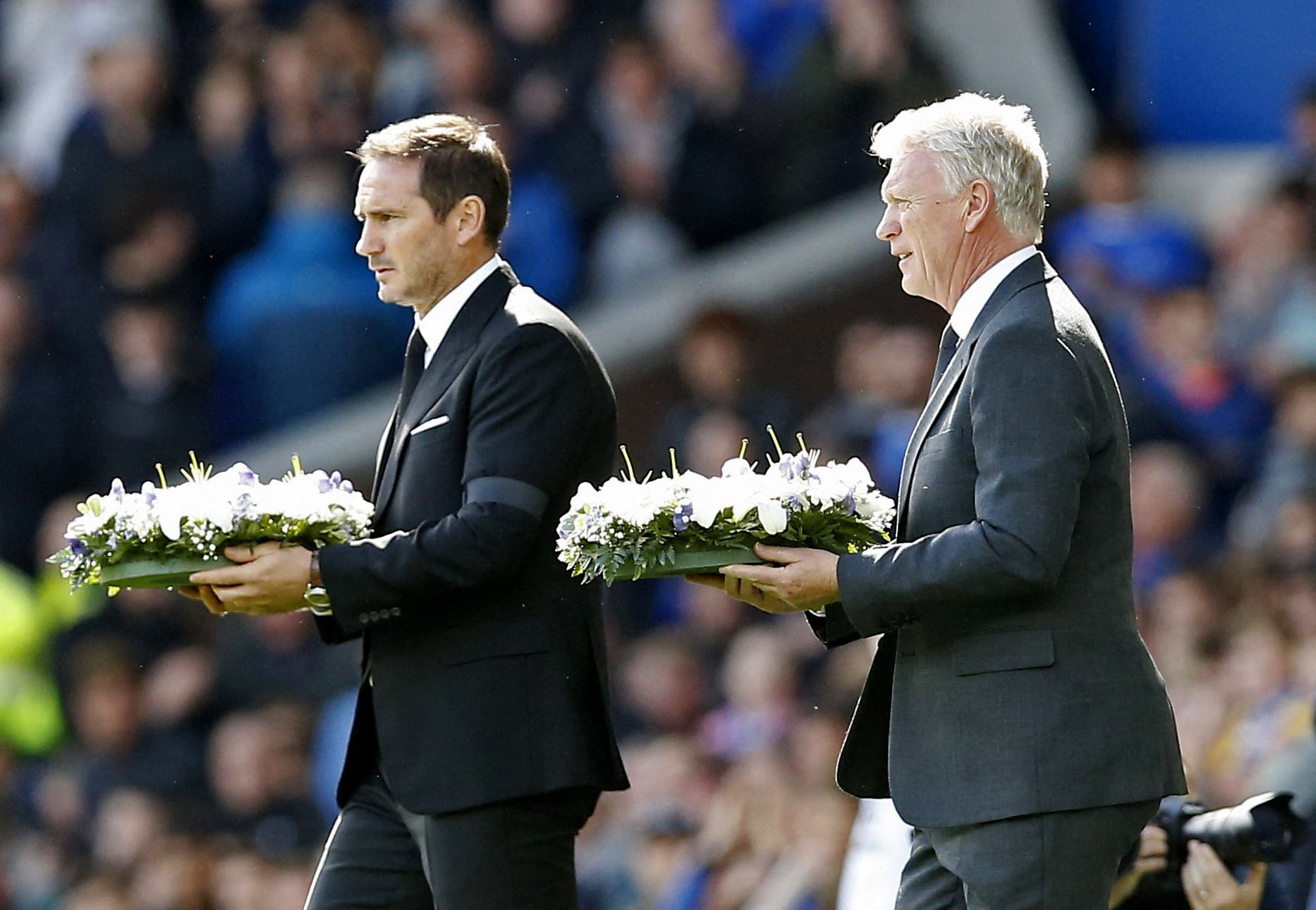 Sport came together yesterday, in silence and applause, to pay its final respects to the Queen before today’s state funeral.

In dignified, solemn scenes before Brentford’s game at home to Arsenal, the hosts’ manager Thomas Frank and Arsenal counterpart Mikel Arteta walked onto the pitch with wreaths which they laid in the centre circle.

A minute’s silence was observed before the singing of God Save The King. There was also applause during the 70th minute of Arsenal’s 3-0 victory, to mark the Queen’s 70-year reign.

There were similar scenes elsewhere, including at matches in the Women’s Super League, which kicked off this weekend, and Great Britain’s Davis Cup tie in Glasgow as sport offered its final farewell to Her Majesty before the nation, and the world, does the same today.

Indeed, from the moment news broke of the death of Queen Elizabeth II sport has reacted in a way which has reflected the mood of the nation.

From initial spontaneous displays of emotion – West Ham fans singing the national anthem at a Europa League tie just hours after the historic announcement – to more formal, choreographed gestures of thanks as the action resumed after a respectful pause, the sporting world has joined the country in paying fitting tribute to the late monarch.

The sense that sport would rise to the enormity of the occasion was confirmed when the Test match between England and South Africa resumed two days after the Queen’s passing.

After the teams walked out at The Oval to be greeted by a silence captain Ben Stokes would later describe as ‘deafening’, players and spectators joined together to sing ‘God Save the King’ – among the first formal renditions of the new words in a public setting.

Head to Metro.co.uk’s Queen Elizabeth II tag page for the latest updates, and sign Metro.co.uk’s book of condolence to Her Majesty here.

After that, clubs and leagues up and down the country – and across the globe – continued to meet the moment and pay their respects.

Whether it was on the grid at the Italian Grand Prix, before the rugby union Test between Australia and New Zealand or even in America as the NFL season began, the scale of the sense of loss resonated around the world.

Having made the decision to pause all football on the weekend after the Queen’s death, the people’s game resumed with flags at half-mast, black armbands all round and minute’s silences and anthems observed with equal doses of respect.

But sport reflects life so the tributes, as in wider society, were small and spontaneous as well as grand and pre-planned and, as is often the case, those on the outside can offer the greatest insight.

Southampton’s Austrian coach Ralph Hasenhuttl said: ‘It’s very impressive how the people are reacting. All over the world, I haven’t seen something similar, to be honest, and I was in a lot of countries living and working.

‘They are not forced to queue for 20 hours to say goodbye to her, they simply want to do it. You can be very proud.’

Tottenham’s hard-nosed Italian manager Antonio Conte surprised a few people when he revealed he joined the crowds at Buckingham Palace ‘because I am a normal person with a heart’.

Conte spoke for many when he said: ‘To be here in this moment, to live this is for sure a sad moment but at the same time it is a special moment. I will keep this in my heart and my mind for the rest of my life.’