Sports Illustrated Swimsuit star Hunter McGrady shares postpartum photo of herself wearing a breast milk-stained bra and a diaper 12 days after giving birth: ‘I feel so grateful for this body’

Hunter McGrady has shared a candid postpartum photo of herself wearing a breast milk-stained bra and an adult diaper 12 days after she gave birth.

In her latest Instagram post, Hunter, 28, has opened up about the realities of motherhood and the changes to her body that she is still getting used to. 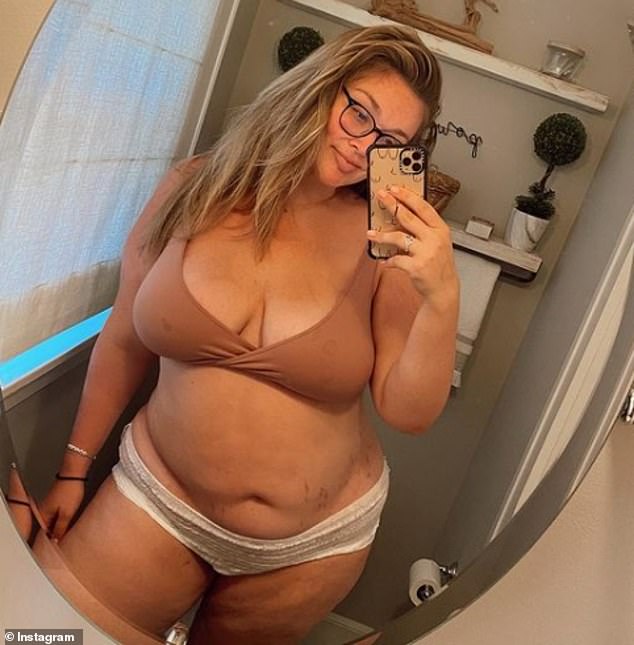 Keeping it real: Hunter McGrady, 28, shared a postpartum photo of herself in a breast milk-stained bra and an adult diaper 12 days after giving birth 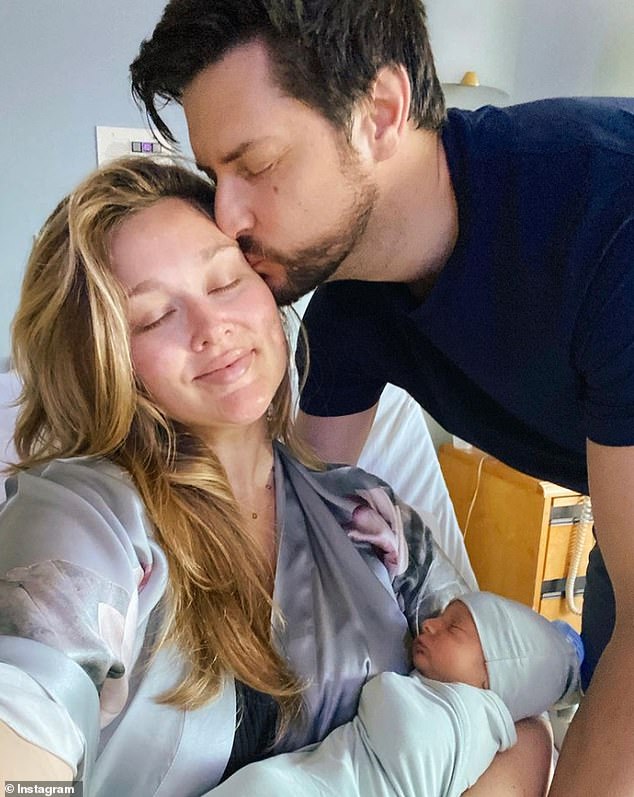 ‘I’m Just a girl, standing in front of a mirror, 12 days postpartum, with breast milk stains, and depends diapers, pure exhaustion, asking herself to learn to love this new body,’ she wrote.

‘To give herself grace, to feel the gummy-ness of her new tummy, and the loose skin and remembering that this body not only created life, but housed it for 9 months, went 45 hours into labor, and is now feeding it daily all with one vessel.’

The mirror selfie shows Hunter sporting a nursing bra and mesh underwear while posing in her bathroom. Her blond hair is tousled, she has on black-frame glasses, and her lips are curled into a tired smile.

‘I feel so grateful for this body today. Leaky breasts, bloody diapers (on my end) new stretch marks, gummy tummy and all,’ she concluded.

Hunter also shared a few updates on her Instagram Stories, explaining that her son has been cluster feeding — a developmental phase in which a baby’s feedings are spaced closely together.

‘The face of a mom whose baby was cluster feeding all night long. Any tips on switching the cluster feed to during the day? (Wishful thinking?),’ she asked her 723,000 followers. ‘Just picked up the book “Happiest Baby on the Block” to get ahead of things!’

The new mom went on to post a snapshot of herself lying down while using a hands-free breast pump by Willow.

‘It’s so nice to have an option to be hands free, and you can also lay down with it, she wrote. ‘I will say it took me a minute to learn how to use it and I definitely spilled some milk the first couple times but now I got the hang of it.’

Hunter shared the first photos of her newborn son last week, revealing that Hudson’s middle name is a tribute to her younger brother Tynan McGrady, who died in a solo car crash in Westlake Village, outside of LA, on May 1.

‘I’ve never known this kind of love. Hudson Tynan Keys born June 26, 2021 at 7lbs 1oz and 21” tall. The healing we desperately needed. I can’t wait to tell him how special his middle name is,’ she captioned the images. 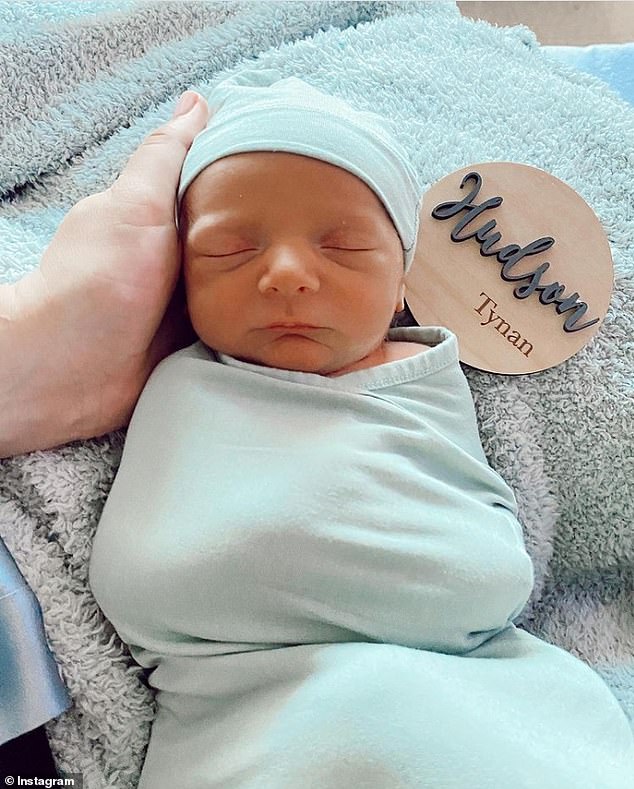 Homage: The new mom shared the first photos of her newborn son last week, revealing that Hudson’s middle name is a tribute to her late brother Tynan McGrady 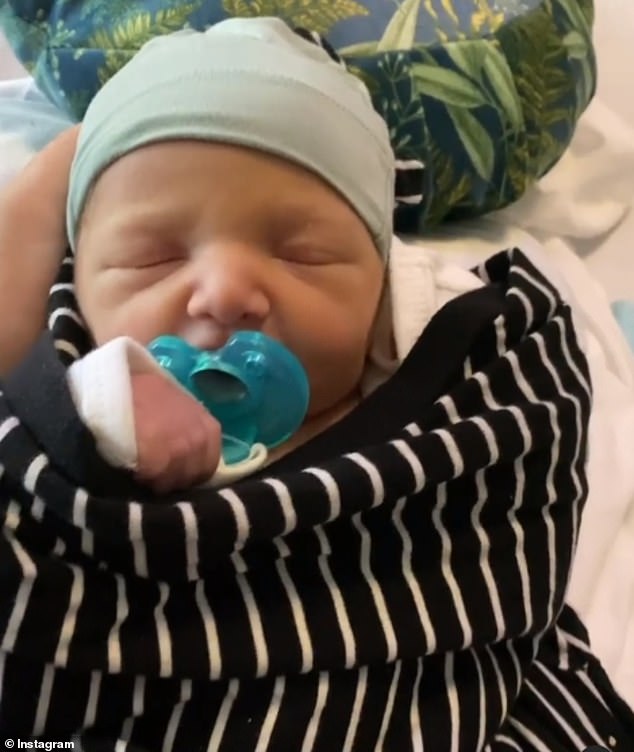 Always with them: Hunter recently posted footage of her newborn son swaddled in her late brother’s shirt, sharing that July 1 was the two-month anniversary of Tynan’s death 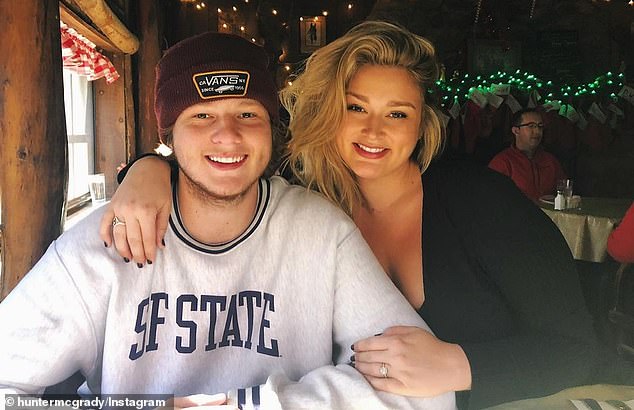 Losss: The model continues to grieve Tynan, 23, who died in a solo car crash in Westlake Village, outside of LA, on May 1

On July 1, she posted a heartwarming video of Hudson sucking on a pacifier while sleeping in her lap, explaining that he was swaddled in her late brother’s shirt.

‘2 months to the day since my angel brother has been gone. One of the first things I wrapped my baby up in was a shirt from my little brother, Tynan (See above),’ she wrote.

‘I wanted Hudson to smell what his uncle smelled like right away, and I didn’t touch this shirt much for that exact reason. I know for a fact that my son met my sweet brother before we did, and in fact, he held him first.’

The arrival of the child is a bright spot for the model, who has endured several health issues and the heartbreaking loss of her younger brother this past year.

Hunter revealed she had contracted COVID-19 back in April when she was seven months into her pregnancy. 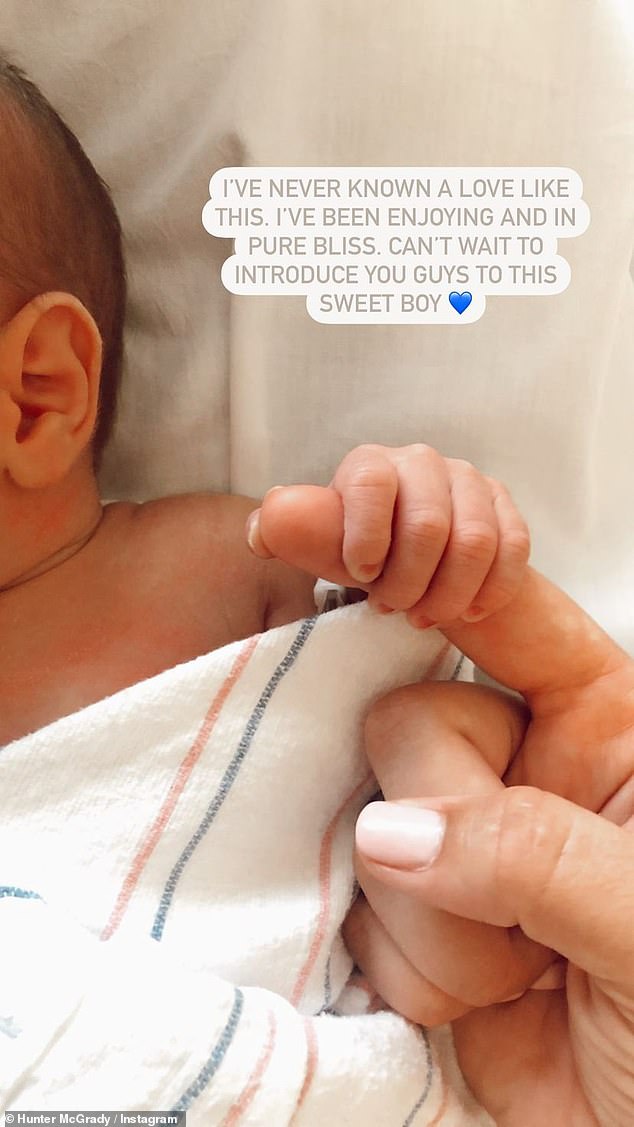 ‘In pure bliss’: The Sports Illustrated Swimsuit mode announced the arrival of her first child on her Instagram Stories 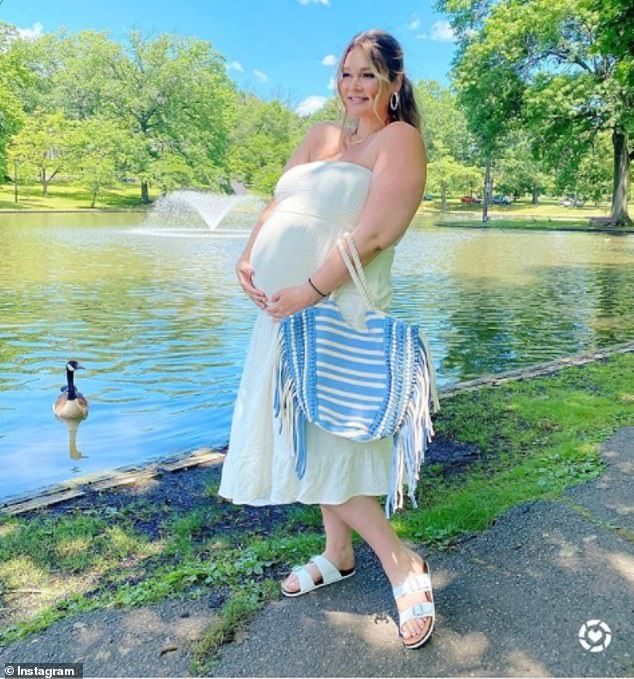 Looking back: Hunter, pictured in the last days of her pregnancy, had a number of health scares while carrying her son

Speaking with her sister Michaela McGrady on an episode of their podcast Model Citizen, she shared: ‘When I was seven months pregnant, which no one knows, I had COVID.’

The stunner explained that she had been careful to always wear a mask, saying that she and Brian are ‘strict’ and still ‘sanitize their groceries,’ before claiming that she caught coronavirus during a photo shoot.

‘I had to do a shoot. I was outside shooting, and the only time I had my mask off was when I was shooting,’ she explained to her sister during the chat.

‘It was only a four-person set and they were far away, and I caught COVID and I gave it to my husband.’

Naturally, Hunter said she was ‘freaking out’ at having the virus, but fortunately, she was not seriously ill, adding that she was ‘grateful’ the symptoms weren’t too bad.

She described it as ‘like a sinus infection,’ noting that she did lose her sense of smell and was still having some ‘issues’ with scent. She explained that neither she or Brian noticed a plumbing leak at their home because of the loss of their smell. 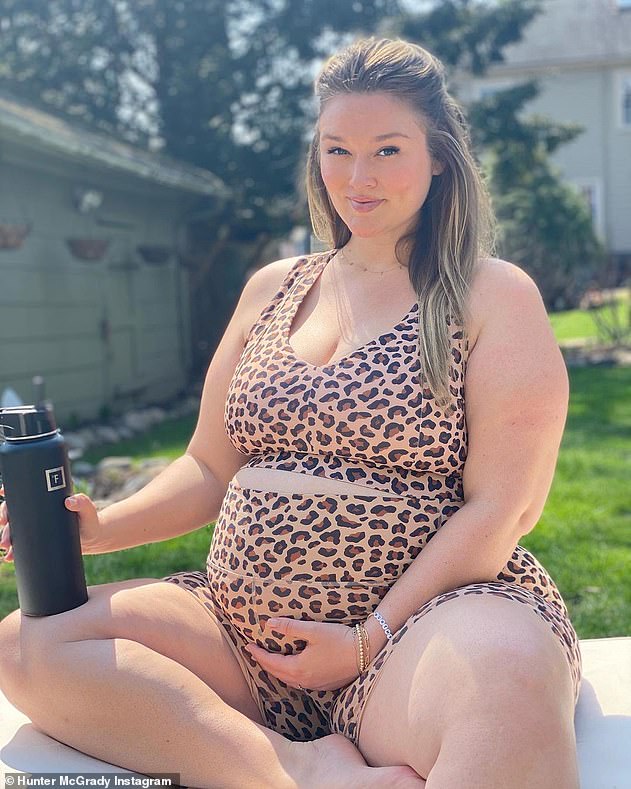 Health scare: Hunter recently revealed she caught COVID-19 seven months into her pregnancy, claiming she contracted the virus at a photoshoot 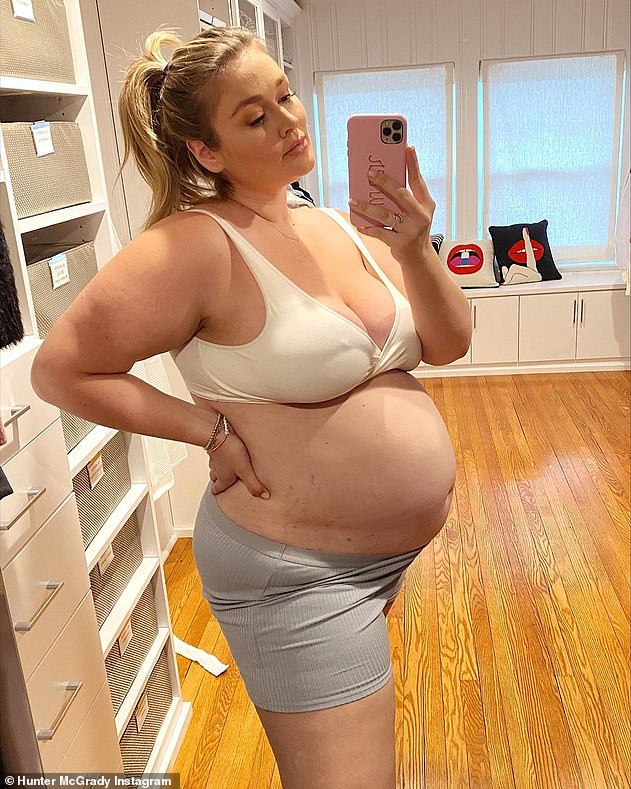 Health woes: Hunter also shared on her Model Citizen podcast that she was diagnosed with potential life-threatening pre-eclampsia and had to be induced ahead of her due date

Coronavirus was not the only health crisis she had faced during her pregnancy.

After recovering from COVID-19, she said, she was diagnosed with pre-eclampsia, a serious condition affecting pregnant women that causes high blood pressure and may affect the body’s organs including the kidneys and liver.

Left untreated, pre-eclampsia can be fatal for both mother and baby and Hunter explained that she may have to be induced ahead of her planned due date.

‘So it was COVID… then I got diagnosed with preeclampsia, then I lost my little brother,’ she said on the podcast. ‘Needless to say, pregnancy has been a wild ride.’

Despite having a difficult few months, Hunter added that she’s trying to remain positive and look for the ‘silver linings’ even when it’s difficult, People reported.

Hunter also detailed how she’s now completely focused on her child, saying: ‘It’s no longer about me, it’s also this being that’s inside of me.’