Melissa Bessell has announced her Severn Stars squad for the 2021 Vitality Netball Superleague season, with Liana Leota returning as captain and Nia Jones as vice-captain.

Bessell joined the franchise as head coach in July 2019 and immediately set about putting together a strong group of players for her inaugural season at the helm.

The recruitment of Leota was the first to make the headlines and their head coach made their ambition clear from the get-go.

As was the case with all of the Vitality Netball Superleague franchises, their plans and goals had to be put on hold for the 2020 season due to COVID-19.

Now, with the 2021 season set to start in February next year, Bessell can continue their development and is looking forward to adding Jamaican international Malysha Kelly into the group.

“Everyone will look at this squad and say that it’s the same, and that’s because it is. I am really pleased to be able to have kept this squad together again,” Bessell told Sky Sports.

“I think that it’s really important to have continuity. We formed and built such a great culture as we came together as a new group last year. Then, being able to bring Malysha into the mix is wonderful because she is going to add so much to the group too.” Kelly arrives at Stars with a wealth of experience having already competed out in Suncorp Super Netball and has huge resilience having come back from rupturing her ACL while training in the ANZ Premiership.

“I’m so excited to have her as someone brand new,” Bessell added. “She’s been training hard and I can’t wait to see what she can do back on the Superleague stage.”

Stars’ head coach will continue to work with Sam Cook as her assistant coach and the franchise will be announcing another high-class addition to their coaching line-up next week. 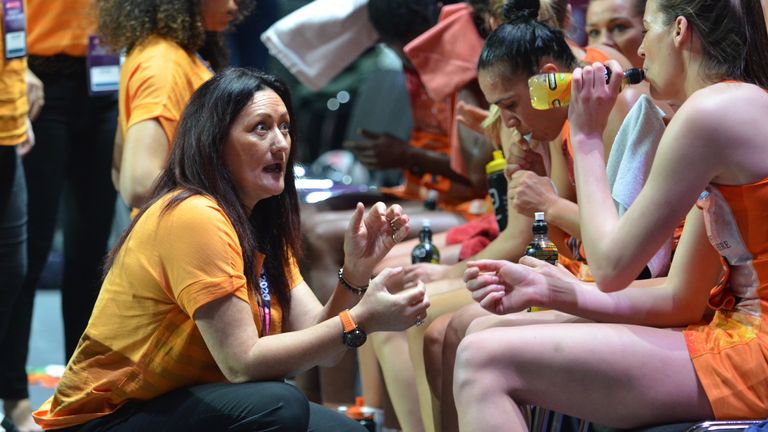 They have also secured a new four-year partnership with international sportswear brand Kukri Sports. The brand will be providing all competition and leisurewear for the franchise as a whole, from the Vitality Netball Superleague squad, through the age groups to their Nova academy squads.

“This year is going to be very different to others”, Bessell said. “There’s so much more riding on us as franchises and as coaches. We need to show that we can do it and that we can get the sport back safely at the highest level.

“We’re all so excited to get back together and look ahead to the 2021 season as a group. We’ve been there for each other during this difficult period and to reunite on court, will be something special.”

Live netball continues on Sky Sports with the Vitality Roses’ third Test against New Zealand. Join us live on Sky Sports Main Event, Arena and Mix from 6am on Sunday.