Drake and DJ Khaled released the music video for their hit "Popstar" on Friday—and fans were surprised to see Justin Bieber and Hailey Bieber appear in the short film. 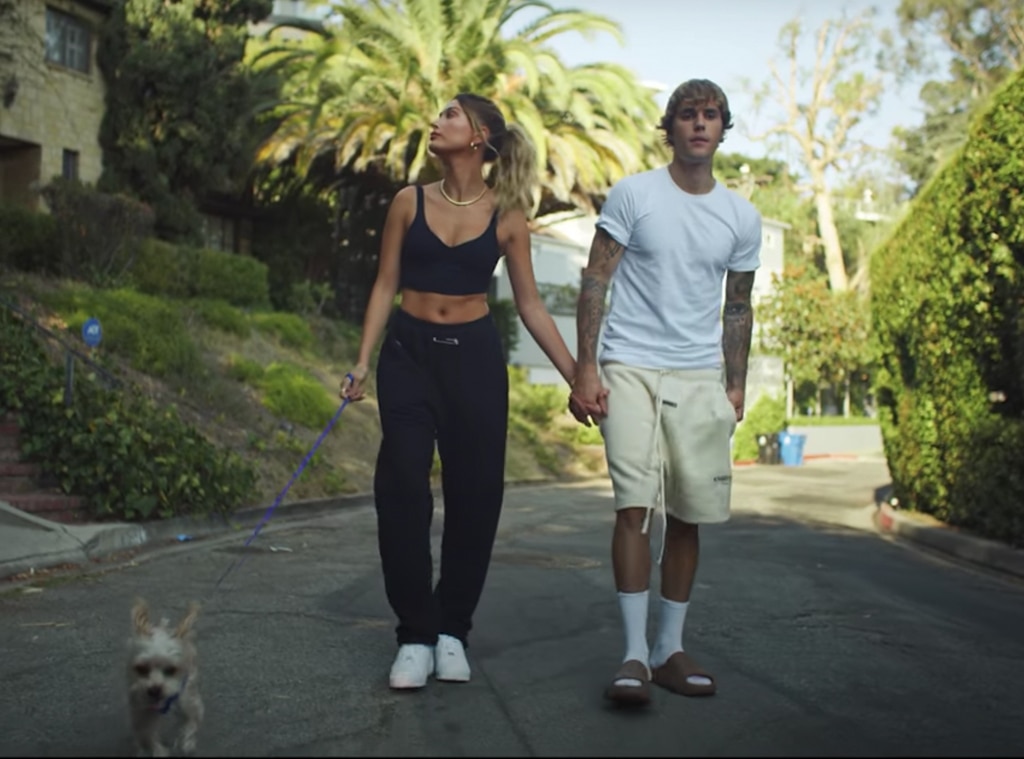 DJ Khaled just dropped another one.

About a month and a half after he released his hit song "Popstar" featuring Drake, the 44-year-old producer debuted a corresponding music video on Sept. 4. The eight-minute clip featured a few celebrity cameos.

The video starts off with DJ Khaled trying to get a hold of Drake so they could finally make the music video. But after getting bombarded with calls, the 33-year-old rapper gets annoyed and decides to call one of his famous friends to do it instead.

That's where Justin Bieber comes in. The video cuts to the 26-year-old singer waking up after what appears to be a wild night. Fans then see the Biebs live the stereotypical popstar life while lip-synching Drake's lyrics. From attending a party and working on his wardrobe to showing off expensive cars and eating gourmet meals, the artist does it all. His manager, Scooter Braun, even makes an appearance.

Near the end of the film, Justin realizes the whole thing is just a dream and wakes up next to his wife, Hailey Bieber, who asks if he's OK. The couple heads out for a walk when the artist's phone rings—naturally, playing "Baby." He then sees it's Drake on the other line.

Khaled celebrated the release by sharing a post on social media.

"THEY don't want us to shoot a #POPSTAR video So we got the BIGGEST #POPSTAR for the #POPSTAR video," he wrote in part of the caption. "MY BROTHER @justinbieber !!!!!!!!!!"

Watch the video to see the Biebers appearances.