Séamus Coleman may be recognised internationally for his prowess on the football field, captaining both his club Everton as well as his country.

But the 32-year-old could have experienced a far different sporting career, had fate intervened.

The Killybegs native was a talented Gaelic footballer before committing to association football, and mixed it with the best of them. In fact, he even marked Michael Murphy in an underage game.

“I did mark him, at some county trials game or something. I did mark him back in the day,” he explained. “I’m sure it wouldn’t be as straightforward now!

“But listen, Michael is an unbelievable ambassador for Donegal. Any interview I read, his commitment for the game is incredible. He’s been unbelievable for Donegal, and a really nice man as well. So we’re very lucky to have him in Donegal. What a top, top Gaelic footballer he’s been over the years.”

Despite being a household name in the Premier League, Coleman is always keen to return to his roots in Donegal and visit the GAA club.

“It’s amazing to get back,” he noted.

“With lockdown and that, it was starting to ease in the summer. When I got back, I was up watching the lads training. I was itching to get involved in the training! I went up on the Tuesday and the Thursday and I didn’t chance my arm. But the following Tuesday I got the boots on and joined in. It was great to be there, great to be around the lads. It’s a sport that means a lot to me, and it’s something I enjoy watching and playing.”

As a child, many of his heroes were Donegal Gaelic footballers.

“Thankfully, my time growing up we had the Killybegs boys who won the All-Ireland [in 1992],” he smiled. 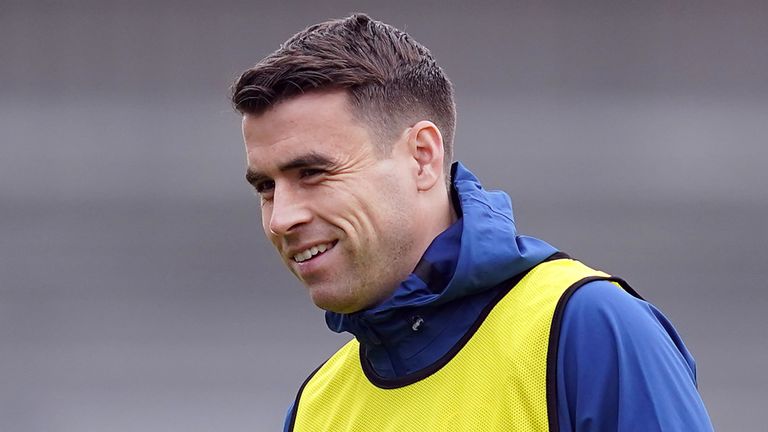 But he also had an idol donning a different jersey. Coleman’s first cousin, Dessie Farrell, was a star for Dublin and has now taken the reins in the capital as manager.

“It’s a tough job taking over from Jim [Gavin],” he said.

“I think Dessie, I don’t know if he gets the credit or if it’s mentioned much, but he took a lot of those players through at underage level. I’m sure they have got that respect for him.

“For the first time in a long time, I’m going to have to have a soft spot for Dublin! It’s great to see him in charge there, and it would be great for the family if he’s successful. We want him to do well, obviously we’re Donegal, but Dessie for me, growing up was someone you looked up to. He kicked a ball with you outside the front, so I hope he has a successful campaign. It’s a tough job, but he’s got big shoulders.” 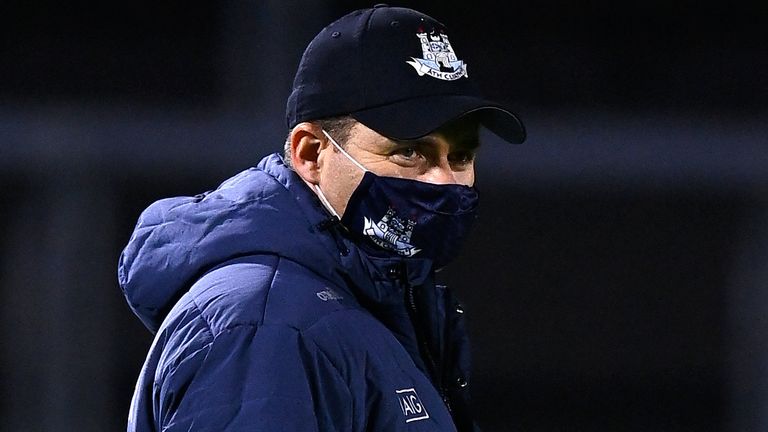 And while he is no longer immersed in a GAA environment, he often looks to spread the gospel around Goodison Park and introduce his Everton teammates to Gaelic games.

“I’ve found myself as an educator,” he laughed.

“I don’t expect them to understand our game. It’s not something they’ve grown up with. But now it’s on Sky, you see it a little bit more. You try and talk it up as best you can and as honest as you can.

“The training that’s done – and even back in Jim McGuinness’ time [as a player] – the lads were machines, they were incredibly fit. They were unbelievable athletes. And they were going to work then, maybe after winning an Ulster final.

“They are training equally as hard as some professionals. It’s a credit to them, and it’s something you do try and tell the lads over here. You try and explain it as best you can; on All-Ireland final day you’ve got a full house, and the lads have to go to work for the following week.”

Watch a live double-header on Sky Sports Mix on Saturday from 12.15pm, as Donegal face Armagh in the Ulster Football Championship, before the All-Ireland Hurling Championship qualifier between Cork and Tipperary.