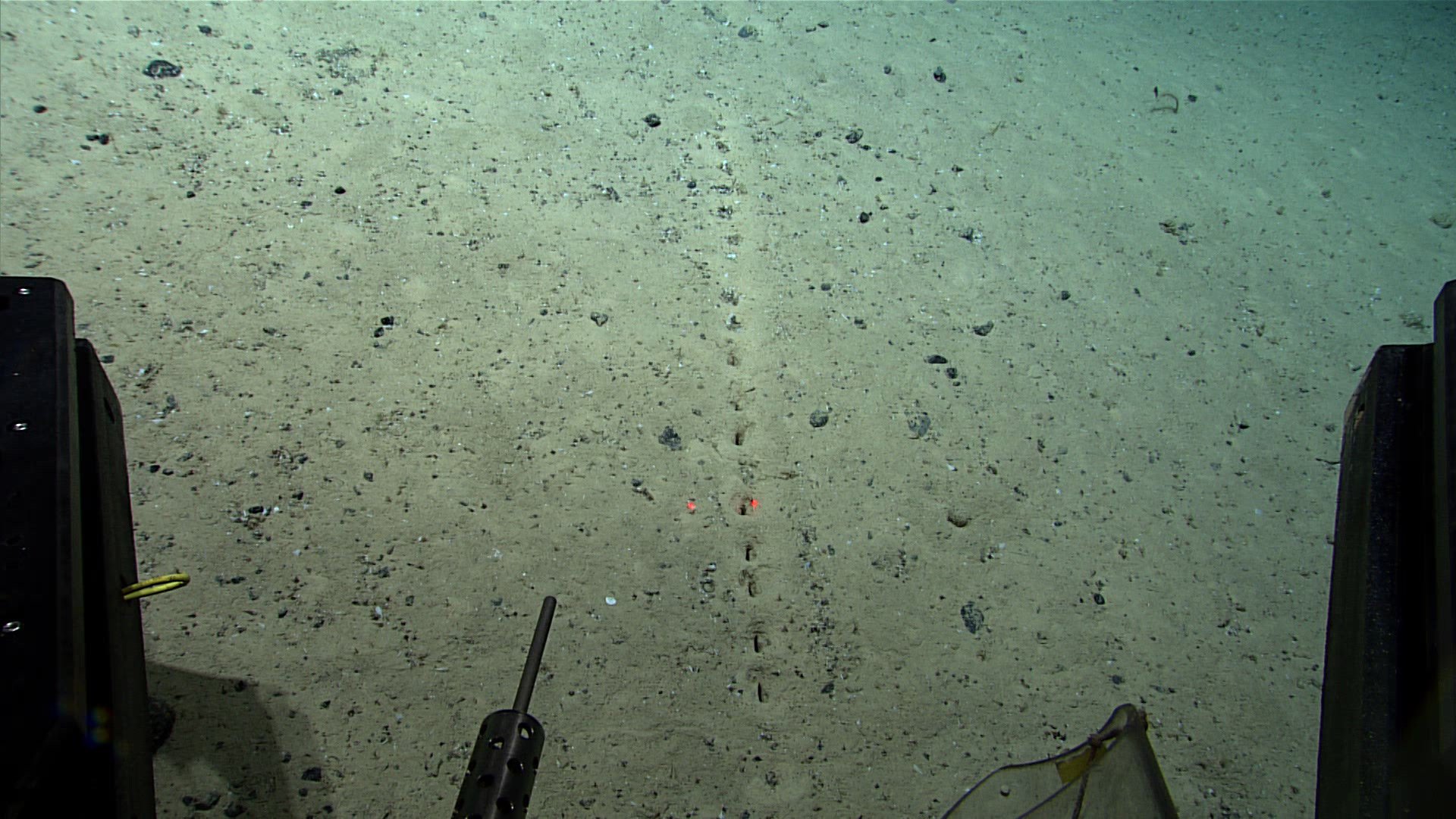 More than a mile and a half below the surface of the Atlantic Ocean, US government scientists have been stumped by a mysterious discovery.

Researchers with the National Oceanic and Atmospheric Administration are probing the Mid-Atlantic Ridge: part of a massive undersea mountain range where two of Earth’s tectonic plates meet.

Scientists often find weird and wonderful things down at this kind of depth, many of which are new to science. But on a dive earlier this week, researchers spotted something even they couldn’t explain.

Amid the rippled silt and sand of the seabed lie strange rows of holes with no clear origin.

Baffled by the puncture marks, researchers took to social media in search of new ideas. Could it be animals? Humans? Even aliens? From the sensible to the silly, Facebook users had plenty of ideas.

Lots of users suggested the had been caused by sea creatures. One said that maybe ‘a molusc of some sort’ blows air up through the sand as it rests between movements.

Another wrote: ‘A previously unknown crab species which hides in rectangular holes and hunts in linear packs, waiting for prey to fall into their clutches.’

Other users thought the holes might have human origins. One wrote: ‘It looks like sediment falling down THROUGH openings, not pressure blowing upward.

‘If there could possibly be something like a submarine buried under there that shifted and sediment fell down through the vents/holes of the outer casing?’

Another suggested an underwater sea craft could use the holes to ‘latch to the sea floor,’ but admitted this was unlikely.

Some — seriously or not — suggested the cause might be paranormal. They could be caused by a shipwreck, a dead sea creature decaying under the silt, ‘or mermaids,’ said one user. ‘Wish I knew!’

The image was taken by remotely operated vehicle that lives aboard the Okeanos Explorer. The research vessel is sailing around the Atlantic on its second ‘Voyage to the Ridge’ expedition of the year.

As well as mysterious holes in the seabed, researchers have captured amazing footage of glass sponges, sea cucumbers and shimmering hydrothermal vents.