Fiona Bruce is almost unique among her generation of high-profile female presenters in that she has never — so she says — succumbed to the temptation of Botox.

In an industry where frozen foreheads abound, she remains steadfastly untouched by the needle at 55, even though, as she puts it: ‘If you don’t do it, as I don’t, you look pretty rough by comparison.’

I think she’s being a bit hard on herself. With her impeccable poise and perpetual low-key glamour, Bruce is the last person I would describe as looking ‘rough’.

But there is undoubtedly something in what she says. Women these days view their appearance with an increasingly critical eye, often striving to achieve impossible levels of perfection in a world that seems to value appearance above almost everything else. 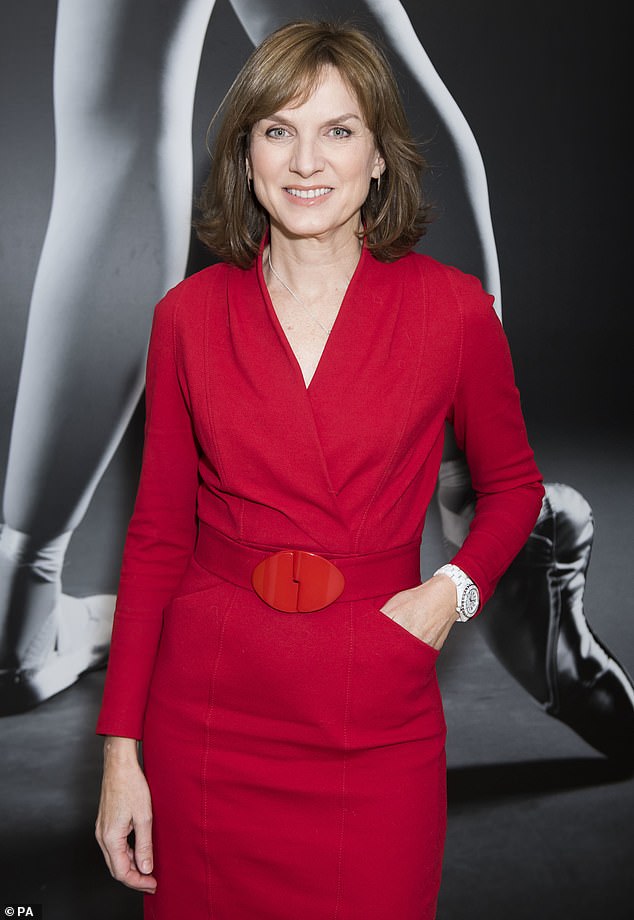 Fiona Bruce is almost unique among her generation of high-profile female presenters in that she has never — so she says — succumbed to the temptation of Botox, writes Sarah Vine

It’s not just those who make a living on screen who feel this need; thanks to the popularity of image-based social media platforms such as Instagram, we all spend more time scrutinising our own reflections than is perhaps good for us.

And I should know. This time last year I had a thread lift, ostensibly for a magazine article but if I’m honest because, like Fiona Bruce, I was feeling somewhat ‘rough’.

I wanted to look and feel just that little bit glossier, more confident — less like the rather cross, increasingly jowly person who greeted me every morning in the mirror.

A thread lift is a little more involved than Botox: in essence it involves inserting a number of barbed threads under the skin which are then tightened to lift the tissues of the face.

Over time the threads dissolve, leaving the lift in place.

It wasn’t exactly painless; but it was quick, and it was effective. I left the clinic looking a little chipmunky but otherwise unscathed, and went straight to a lunch meeting.

Over the course of the following weeks and months, my skin grew smoother and my face less saggy. But perhaps more importantly, for the first time in years I felt quite good about myself. And, shallow as that may seem, it was the best feeling ever.

We live in a world where there is an entire new female aesthetic, fuelled by the rise of celebrities such as Kylie Jenner, Kim Kardashian and their many imitators, whose appearance relies heavily on the work of cosmetic surgeons.

Among such social media ‘influencers’, Botox and fillers and all the rest are no longer the exception, they are the norm — ‘Instagram Face’, they call it.

And Fiona Bruce is right: these pouting paragons of perfection do make the rest of us look ‘rough’. Even if you know it’s all fake, it’s hard not to be seduced by it.

No wonder more and more of us are succumbing. According to a recent survey, 40 per cent of British adults are considering a non-surgical treatment in the next 12 months. In the UK alone, the market for these treatments is projected to rise to more than £3 billion a year within five years.

Like it or not, having one’s facial expressions tweaked is fast becoming no more unusual than a visit to the dentist.

The sad truth is that we are not all blessed with Fiona’s solid, sensible resolve — least of all me. I admire her tremendously. But I fear she may be fighting a losing battle.

Italians have been told to observe a one metre exclusion zone around themselves in an attempt to halt the spread of the coronavirus.

To anyone who knows the tactile Italians as I do, that’s like telling an Englishman not to mention the weather. In other words, we’re all doomed.

Mrs Hinch, a former hairdresser from Essex and an Instagram ‘cleanfluencer’, has had twice as many pre-orders for her Little Book Of Lists as two-times Booker Prize winner Dame Hilary Mantel for the latest part of her acclaimed Tudor trilogy.

Mrs Hinch, who has 3.2 million Instagram followers, describes her magnum opus as ‘a whole book filled with just lists! Notebook goals! My idea of absolute heaven!’

And to think we used to be nation of literary giants… 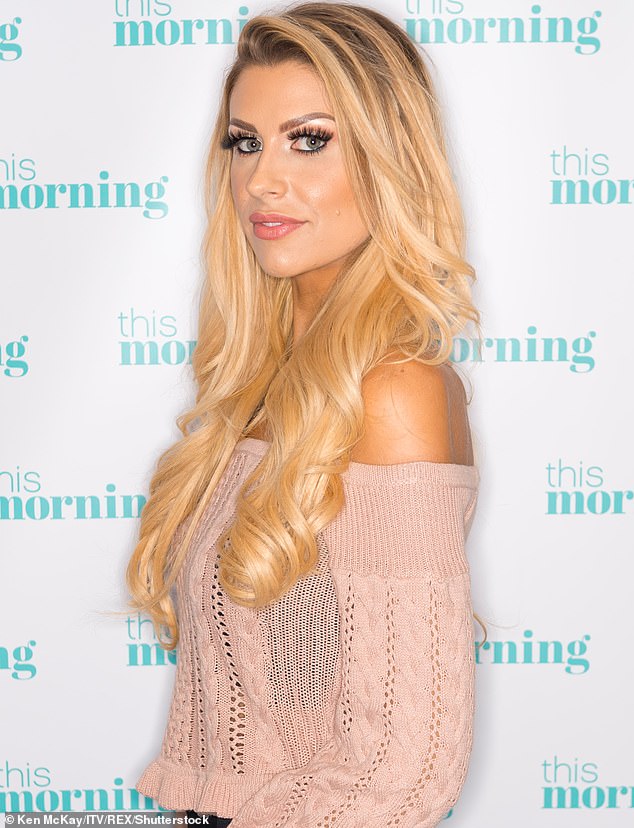 Mrs Hinch, a former hairdresser from Essex and an Instagram ‘cleanfluencer’, has had twice as many pre-orders for her Little Book Of Lists as two-times Booker Prize winner Dame Hilary Mantel for the latest part of her acclaimed Tudor trilogy

Back in 2009 I caught swine flu, or H1N1 to give it its proper name. It was absolutely horrible, made worse by the fact that the publication I was working for at the time kept ringing me up every five minutes asking me to write about how I felt. Write? I could barely open my eyes.

I spent several days in bed and then got tonsillitis, which turned into a quinsy (a medieval-sounding ailment that basically amounts to an abscess on the tonsils), and after that, pneumonia.

By all accounts, coronavirus sounds much less unpleasant, plus it only really causes complications in the very elderly or those with underlying conditions. Of course, we must all take precautions. But let’s not turn a pandemic into a panicdemic.

The house of Balmain is the latest venerable fashion house to have sold its soul to the ranks of the rapper-ati.

Where once its founder, Monsieur Pierre Balmain, presided over exquisitely tailored creations, now the company makes overpriced trainers and rubber onesies for the likes of Kim Kardashian, who strode around the capital of fashion this week looking as though she’d escaped from some S&M party.

I’m not much of a fashion-ista myself, but I am lucky enough to own a vintage Pierre Balmain coat dating from the mid-Fifties.

It’s a little threadbare, but it still draws compliments, thanks to its expert tailoring and timeless cut. I can’t imagine Ms Kardashian’s tawdry creation will stand a similar test of time.

I’m glad Prince Harry took advantage of his visit to the UK to spend some time with his grandmother at Windsor. Apparently they exchanged warm words, and the Monarch, 93, told him he will ‘always be welcomed back’.

The Queen is the only one to come out of this hoo-ha with any integrity. God only knows how this royal band of flakes and fools will cope when she’s gone.

Stella McCartney reinforces her animal rights credentials by sending a menagerie of models dressed as furry friends — foxes, cows, rabbits, horses and even a cuddly crocodile — down the catwalk in Paris. She does know, doesn’t she, that fake fur is about as environmentally unfriendly as you can get, made as it is from plastic?

Oh, the pitfalls of being right-on. 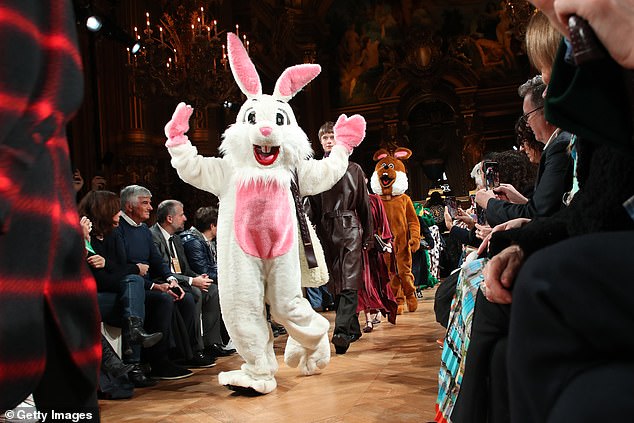 Stella McCartney reinforces her animal rights credentials by sending a menagerie of models dressed as furry friends — foxes, cows, rabbits, horses and even a cuddly crocodile — down the catwalk in Paris

There is something depressingly inevitable about the tale of Keira Bell, 23, the young woman who was given drugs to help her transition to male — and who is now suing an NHS Trust for negligence on the grounds that, aged 16, she was too young to make an informed decision.

For years, experts have been warning of such a possibility, arguing that vulnerable young people should not be making irreversible decisions about their gender. The response from the powerful transgender lobby has been predictable: online hysteria, accusations of transphobia and conspiring to deny trans people their rights.

Meanwhile, politicians who should know better have caved in to their demands, further endangering the wellbeing of people like Keira.

Of course, we should respect the medical needs of transgender people. But we also have a responsibility to distinguish between cases that are genuine and those that are born out of other issues. And yet, as I write, it is still possible for a child to begin hormone treatment — as Keira did — after as few as three therapeutic assessments.

In other words, a teenager can embark on a course of treatment that will result in irreversible physical changes, including potentially rendering themselves infertile, with about as much thought as they might give to getting a tattoo. That is not progress, that is child abuse — and it must stop.

Tags: bless, I&apos;m, not, SARAH, VINE:
You may also like
Celebrities News