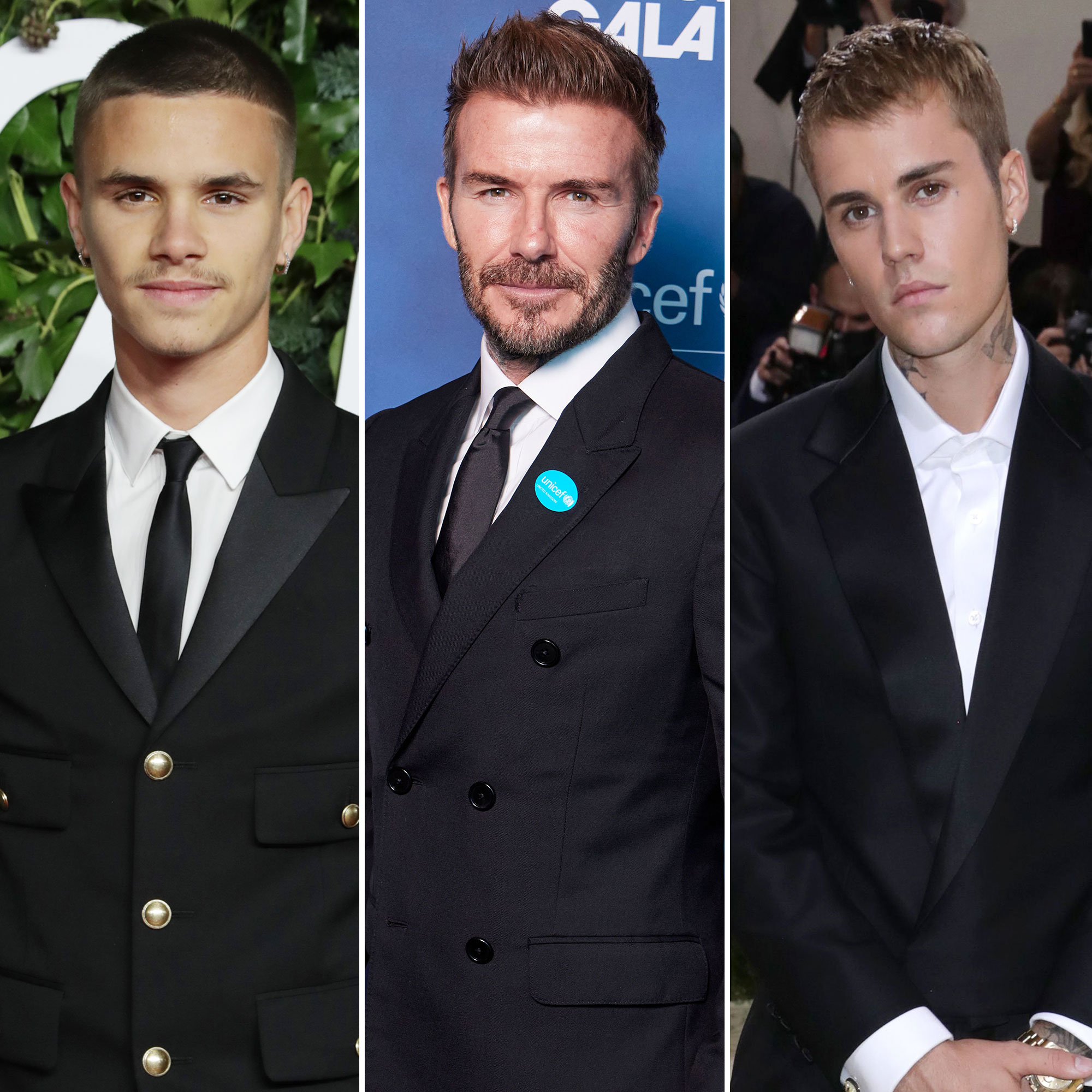 Like father, like son! On Thursday, January 6, Romeo Beckham debuted two new tattoos — one of which is a spitting image of one of father David Beckham’s designs.

In addition to a picture of a dove and the phrase “lead with love,” the 19-year-old  athlete also got a massive neck tattoo that features an outline of a cross with angel wings. The latter is a recreation of his father’s neck design which he famously debuted in 2004 during the UEFA Championships.

“Insane. Thank you bro,” the athlete captioned a black-and-white photo of the design on Instagram, crediting celebrity inker Dr. Woo for the work. He also shared the picture via Instagram Stories with the caption: “Masterpiece once again.” It didn’t take long for fans and famous friends to jump into the comments section and share their thoughts. “Like father, like son? This is just the beginning,” a user wrote, while another person said, “Dad vibes.”

Justin Bieber even got in on the action. “Love it. It was ur dad that inspired mine too. Looks great,” he commented. The “Peaches” hitmaker debuted his ink in 2015. Unlike the Beckham’s, Hailey Baldwin’s husband’s design only features angel wings — sans the cross.

The professional soccer player famously has an extensive ink collection, a number of which honor his own family. The Bend It Like Beckham actor shares children Brooklyn, Romeo, Cruz and Harper with wife Victoria Beckham.

He has the number “99” inked on his finger to represent both the year he got married and when he welcomed son Brooklyn. He additionally has “Romeo” tattooed just under his cross design, “Cruz” in the middle of his back, “Buster,” which is a nickname for son Brooklyn, and “Harper” on his neck.

The love of ink has clearly been passed down to his children as Romeo isn’t the only family member to go under the needle recently. Last month, Brooklyn made headlines for getting a tattoo honoring his fiancée Nicola Peltz. He got “our little bubble” inked onto his hand, which is seemingly a special message that only the couple understands entirely.

Brooklyn additionally has script written on his arm that reads, “My life, my love, my truth, my breath, my reason, my beauty, my precious,” in honor of his fiancée.

Cruz also debuted his first tattoo earlier this week, a butterfly design on his thigh. “I’ll try to bring the sunshine home … promise,” he captioned an Instagram post which subtly revealed his new ink.