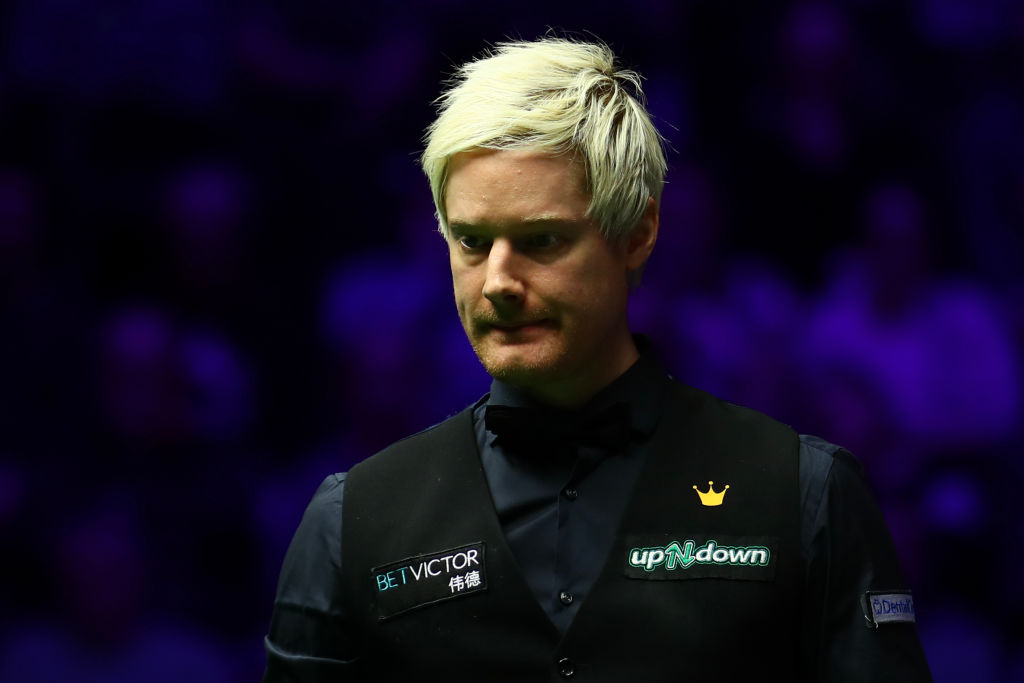 The UK Championship is not a tournament that lends itself to surprise winners, with a rollcall of the game’s greats lifting the trophy, and defending champion Neil Robertson expects the same again this year.

The huge event gets underway on Tuesday at the Barbican in York and Robertson goes in as one of the leading contenders after winning the event for a third time last year.

The Thunder from Down Under made it a hat-trick of UK titles in a deciding frame victory over Judd Trump and he expects it to be the biggest names in the game vying for the trophy again over the next two weeks.

‘There are always going to be a handful of strong favourites,’ Robertson told the BBC. ‘If you look at the previous winners it is the usual suspects and I would not expect that to be any different.

‘There is always room for some of the younger, hungry players to come through and Yan Bingtao showed that by winning the Masters.’

Ding Junhui is the only man in the last 16 years to have lifted the UK Championship without having a World Championship on their CV, so it is hard to argue with Robertson that it will be a big star crowned champion again on 5 December.

Robertson is hoping that will be him and he can become just the fourth player to win four UK Championships after Ronnie O’Sullivan, Steve Davis and Stephen Hendry.

‘Bit different this year to last year in terms of the set-up and everything so I’m really looking forward to that,’ Robertson told Metro.co.uk.

‘Going for my fourth UK, which would be awesome. Three is fantastic but going for four would be really special.’

Former UK Championship finalist Neal Foulds also expects the big names to be battling it out come the climax in North Yorkshire, with the top two in the world rankings his two favourites for success.

‘I think Selby can pick up his first title of the season and he’d be my pick,’ Foulds told Sporting Life.

‘Historically, current world champions have a really good record in the UK Championship and I remember John Parrott winning the World Championship in 1991 and then adding this title to his CV later that year.

‘I haven’t always been in Selby’s corner, but I think his best snooker is coming and to my mind, he and Trump are the men to beat.’

Robertson gets his campaign underway on Thursday afternoon against John Astley, with Trump taking on David Lilley later that evening and Selby meeting Ross Muir a day earlier in the afternoon session.

Ronnie O’Sullivan is looking for an eighth UK title and starts his challenge against Michael White on Wednesday evening.