The Real Housewives of Potomac‘s Season 6 premiere reminded fans of the end of Season 5 since they both ended with a major fight between Karen Huger, 58, and Gizelle Bryant, 50! Now, Dr. Wendy Osefo, 35, is revealing who’s side she’s taking. “Team Wendy!” Dr. Wendy joked to HollywoodLife EXCLUSIVELY during an episode of TVTalk on Instagram Live on July 12. Clearly — she’s remaining neutral. She explained, “I understand the people that are Team Gizelle and I understand the people that are Team Karen because they all play an intricate role in this puzzle piece right here.”

Karen and Gizelle fought a lot last season, and they blamed each other for just about everything. From Gizelle saying Karen shouldn’t have defended former cast member Monique Samuels, 37, following her physical fight with Candiace Dillard, 34, to Karen saying Gizelle wasn’t being honest about her relationship status with ex Jamal Bryant — they just haven’t been able to see eye to eye on much for a really long time, and the July 11 season premiere was no different.

The July 11 episode showed them getting into a massive fight at Wendy’s house. After Wendy said she wanted everyone to get along, Gizelle immediately jumped in saying that it would be tough for her, and Karen clapped back. “Me and drunk Karen will probably never be good,” Gizelle was quick to say. “You don’t want this,” Karen chimed in quickly as the two proceeded to yell back and forth at each other. 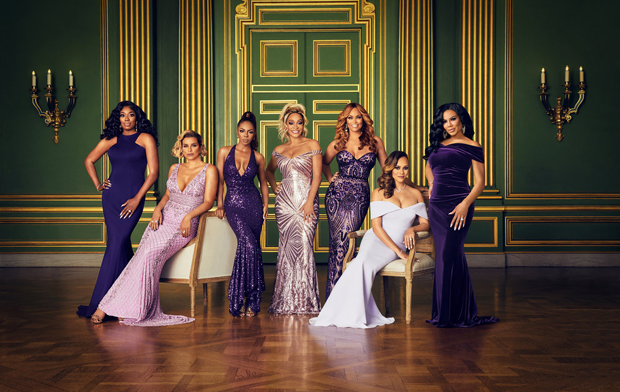 Dr. Wendy can understand why fans are so enthralled by these two after having her own tiffs with Karen over the years, though teases that’s about to change. “But at the end of the day, shout out to Karen,” Dr. Wendy said. “Karen and I really blossom this year and you guys are going to see that as well, but what I will say about our entire cast is that as a cast, we are all amazing and we all play a pivotal role.”

Fans have an entire season to look forward to with the fighting between these two, but could the women actually end up being friends? “Listen, I think Gizelle and Karen are just the gift that keeps on giving and I love their dynamic because to me, I think that they really, really love each other,” Dr. Wendy added. “So to see them spar sometimes, I’m like, “I can’t believe you guys are doing this because it’s really clear that you guys really, really love each other. It gets really intense this season but in a light hearted type of way. I don’t think that they go for the jugular, but they just go at it.”

The Real Housewives of Potomac airs Sunday nights at 8pm on Bravo.

Tags: The Real, The Real Housewives
You may also like
Celebrities News