RAHEEM STERLING has put talks over his Manchester City future on hold as they chase another Prem title and a first Champions League crown.

The England ace has just one year remaining on his existing contract at the Etihad – with previous talks failing to reach a conclusion. 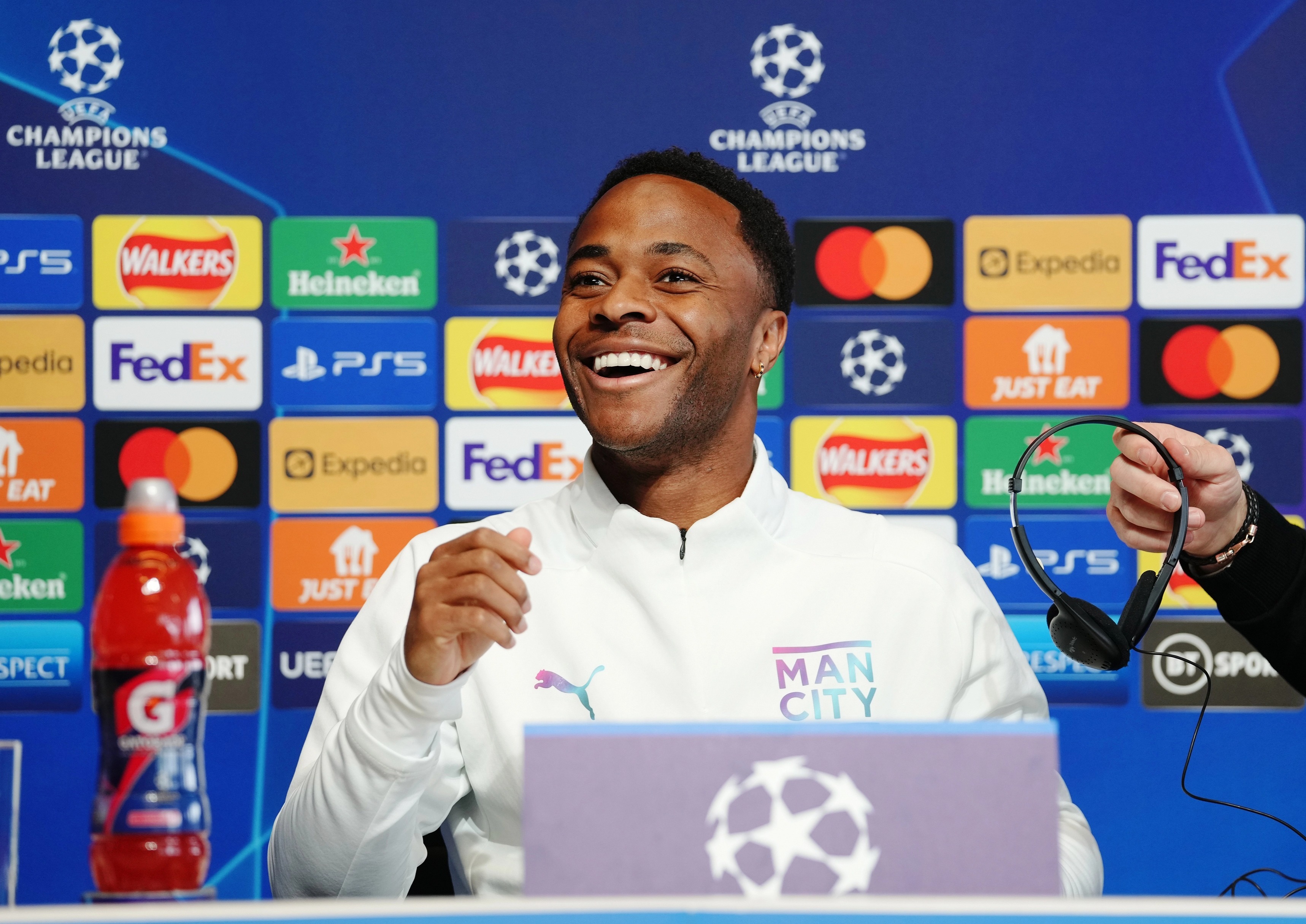 He has previously said he wants to be sure he is going to play regularly and contribute to the team before he signs another long-term deal.

That has certainly been the case in recent weeks – although the expected arrival of Erling Haaland in the summer could change the landscape.

Sterling, 27, has previously been a target for Barcelona and Tuesday’s opponents Real Madrid – and has made no secret of his wish to play abroad one day.

He said: “At the minute I'm just happy to be playing, happy to be contributing with the team. I think that's the most important thing.

“At this period, I think it would be selfish of me to speak of any contract situation.

“I'm just happy to be playing football and see where we are at the end of the season.”

Sterling has started 20 of City’s 33 league matches so far this season – coming off the bench in six more.

He says the quality of the squad Pep Guardiola has assembled helps to keep players sharp – but knows nobody is going to play every week.

KEANE ON THE JOB

The former Liverpool man said: “It's a team full of competition. It's the competition that makes you thrive.

“You may just want to keep playing and sometimes you have to come to understand that this is a lot of players in the team.”

He has ten goals in the Prem this term – only top scorer Riyad Mahrez has more.

Sterling added: “As a player and forward, to be playing and scoring and making assists, as you said, contributing to the team is a massive thing.

“That's where you get your confidence from and at the moment I'm happy to have a part with the team and try to contribute as much as I can.”

Sterling has enjoyed some of his best nights at City in the Champions League – and is currently joint third on the list of goalscoring Englishmen in the competition.

Sterling said: “It’s obviously a special competition – one that every English player wants to be in. Every time I play in this competition I try to give my best.

“As a human being you always have to try to do better and that’s the case with me every season – I try to see how I can improve.

“All these things go along and if there’s a chance I can get that English record then that’s what I’ll try to do."