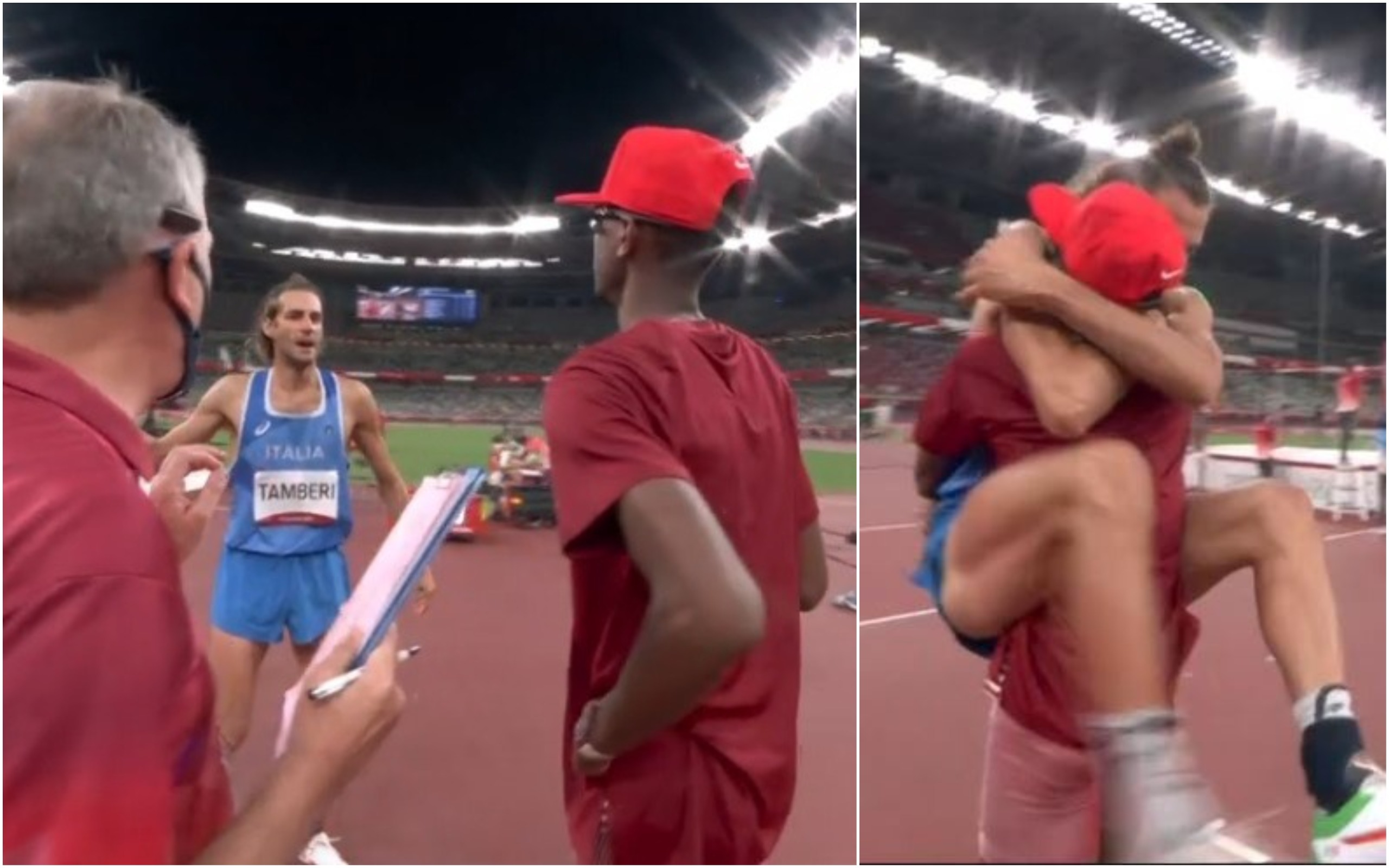 Two Olympic high jumpers went wild after it was confirmed that they could both be awarded a gold medal at Tokyo 2020.

Qatar’s Mutaz Essa Barhsim and Gianmarco Tamberi of Italy both successfully jumped 2.37 metres but failed to clear the 2.39 mark on three occasions.

That then started a conversation with an Olympic official, who first offered them a ‘jump-off’ to decide the matter. ‘Can we have two golds?’, Barshim asked him.

The official nodded, sparking wild celebrations between the two athletes.

Barshim was many people’s favourite for the even after picking up silver at both London 2012 and in Rio 2016 before wininng back-to-back world titles in 2017 and 2019, but Tamberi, who had previously never finished above 21st at a Games, pushed him all the way.

He holds the second-highest jump in history after clearing 2.43m in 2014, only behind Cuba’s Javier Sotomayor’s world record jump of 2.45m set in 1993.

South Korean Woo Sang-hyeok and Australian Brandon Starc, who is the younger brother of cricketer Mitchell, both cleared 2.35m to finish fourth and fifth respectively.

For more stories like this, check our sport page

Tags: Olympics, Tokyo 2020
You may also like
Celebrities News