Water authorities around Australia say people flushing cotton buds down the toilet are creating one of their biggest headaches for sewage treatment, fuelling calls for a national ban on the plastic-stemmed swabs.

In NSW, Premier Glady Berejiklian’s government is poised to ban the plastic buds when it reveals its long-delayed plastics policy in coming months. 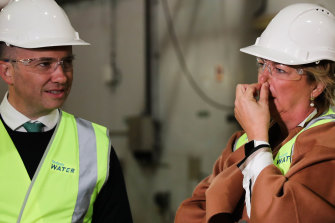 NSW Environment Minister Matt Kean with Water Minister Melinda Pavey during a tour this week of one of SydneyWater’s wastewater treatment plants.Credit:Janie Barrett

Victoria’s Daniel Andrews government has included plastic cotton bud sticks in its ban on single-use plastics by 2023, while several other states have pledged to ban them. Some major suppliers, such as Johnson & Johnson, have stopped sales of the products, as have major supermarket chains.

Maryanne Graham, a general manager at SydneyWater, this week told visitors to the utility’s Malabar Wastewater Treatment Plant that the shape of the cotton buds and the buoyancy of the plastic variety meant they were harder than most waste to filter.

“Two of the biggest causes of damage to our networks are caused by wet wipes and cotton buds being flushed down the toilet,” Ms Graham said. “These seemingly harmless single-use toiletries are not bio-degradable and do not dissolve like toilet paper does.

“Unfortunately, [the buds] combine with fats and oils and other debris to cause large obstructions in pipes and that leads to burst pipes and back flows into people’s homes,” she said. ”Cotton buds and wet wipes also damage our screening equipment, so we ask people to dispose of them in the recycling or rubbish bin.” 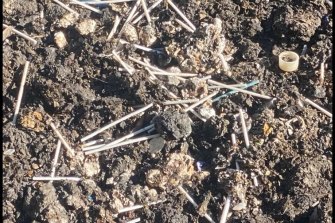 Consumer product giants such as Johnson & Johnson began phasing out plastic-stemmed swabs years ago, replacing them with the paper varieties in Britain from April 2017. The company also stopped the sale of plastic sticks in Australia and New Zealand from mid-2019.

Groups such as Victoria-based Better Buds have joined the call for a ban on plastic stems after collecting almost 24,000 cotton buds over the past 30 months from a beach near an ocean outfall at Warrnambool. The town in the state’s far west has a population of about 30,000.

“We need plastic-stemmed cotton buds off our shelves and off our beaches,” said Colleen Hughson, a campaign manager for Better Buds. “It’s pretty horrible.”

Aldi, Coles and lately Woolworths have vowed to remove the plastic varieties from their offerings.

“They have been a lot quicker to act than our governments,” Ms Hughson said. 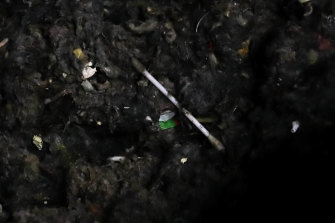 A cotton bud filtered out of waste material at SydneyWater’s Malabar Treatment Plant. After wipes, cotton buds are viewed by staff as the second-worst polluting waste product that turns up in their system.Credit:Janie Barrett

NSW Environment Minister Matt Kean said his visit to the Malabar facility gave him a first-hand look at the problem.

’There is far too much plastic getting into our environment, including our wastewater,” Mr Kean said. “I want to see manufacturers leading by example and reducing the amount of plastic they use.”

His Victorian counterpart Lily D’Ambrosio said her state would ban plastic stems from sale or supply from 2023.

“By banning single-use plastics – from plastic cutlery and straws to cotton bud sticks – we will reduce the waste going to landfill, while also protecting the environment and waterways from this kind of pollution,” she said. 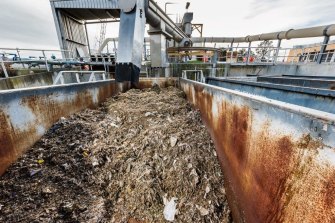 Water treatment plants around Australia are battling increased loads of difficult to treat material such as wipes, cotton buds and other refuse.Credit:Water Services Association of Australia

“Given it’s a very expensive and slow process to upgrade the sewerage plants and there are easily available alternatives replacing plastic with bamboo – the NSW government should ban the plastic Q-tips by the end of 2021 along with other priority single-use items,” Mr Angel said.

Adam Lovell, executive director of the Water Services Association of Australia, said his group had been working with Standards Australia, utilities and manufacturers to finalise a guide for what can be flushed down the toilet. 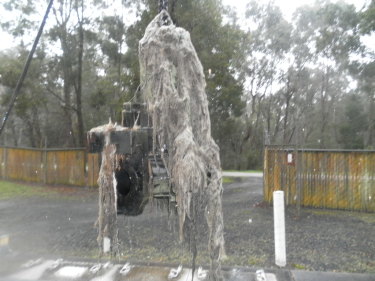 Utilities have reported a rise of as much as 60 per cent in blockages as people tossed more of their waste down the toilets during the pandemic.Credit:Water Services Association of Australia

“The number of blockages and the costs of removing them has been increasing, with a noticeable rise in 2020 due to the COVID-19 pandemic with people flushing materials never intended to go down the toilet like paper towel and wet wipes, he said. “Utilities were reporting between 20 and 60 per cent increases in blockages at the height of the pandemic last year.”

Tags: ban, broaden, mounts, pressure, to
You may also like
Celebrities News