Katy Perry was all smiles as she showcased her baby bump in Melbourne, Australia on Saturday, marking one of her first public appearances since she announced her pregnancy on Wednesday in her new music video “Never Worn White.” She wore a multicolored, calf-length Mara Hoffman “Freya” dress and sandals as she posed for pics on the empty Melbourne Cricket Ground, where the 2020 ICC Women’s T20 World Cup is being held. Perry is due to perform at the final match on Sunday.

The singer, who is expecting her first child with fiancé Orlando Bloom and is in her second trimester, had joked on Twitter after her big reveal, “Omg so glad I don’t have to suck it in anymore…or carry around a big purse lol.”

Perry was also spotted speaking to fans from inside a car and taking photos with them. When asked how she feels, she told them her body is “changing” and that she’s “been better,” as seen in a video posted by the Daily Mail.

The World Cup final will take place on International Woman’s Day. Perry’s show at the event will mark her first onstage performance since her pregnancy reveal. 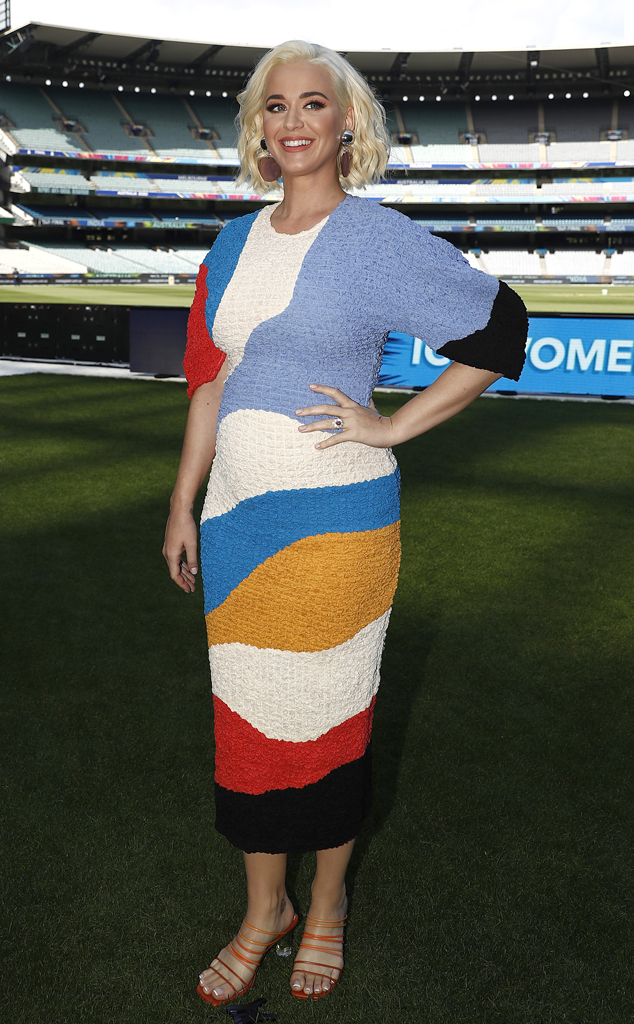 “How great is it? it’s on International Women’s Day and it’s female cricket,” Perry said on the grounds, according to the Sydney Morning Herald. “It’s like, are we living in assimilation? Or is this just like God saying, ‘Hey, let’s all come together and lift up women and support them like they should be?'” 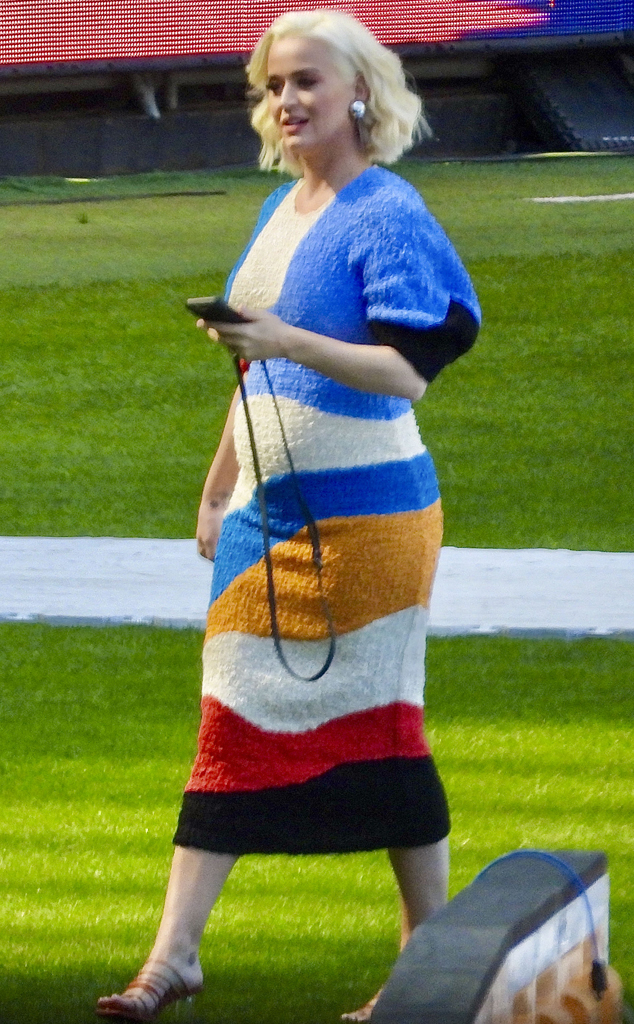 The singer is also due to perform a free concert in the city of Bright next week as a show of thanks to emergency services and to give back to communities in Victoria affected by the recent bushfires.

Perry and Bloom got engaged in 2019. They had planned to marry in Japan but a source recently told E! News that they are “considering moving the plans to the U.S.” The news comes in wake of airline travel disruptions and growing fears over the global coronavirus outbreak, which has affected both Japan and the United States. No wedding date has been revealed.