Good communication is key in all loving relationships but sometimes even love can get lost in translation when two partners speak different love languages.

Men and women from around the world have shared their relationship confessions on anonymous secret-telling app Whisper, revealing the problems that arise when they are on two different emotional wavelengths.

Love languages are known as the different ways of expressing and receiving love and are divided into five categories; words of affirmation, quality time, physical touch, acts of service, and receiving gifts.

However, when two people speak a completely different ‘love language’ it can create tension and leave couples questioning their compatibility.

One man said that he wishes his wife was more affectionate and that her lack of physical intimacy has left him feeling ‘so alone’. Another woman revealed that receiving gifts makes her feel valued, but her boyfriend is ‘cheap’.

While some admitted it made them consider ending their relationship when their emotional needs were not met, other couples revealed that communicating with their partner has helped them understand how to make the other person feel loved. 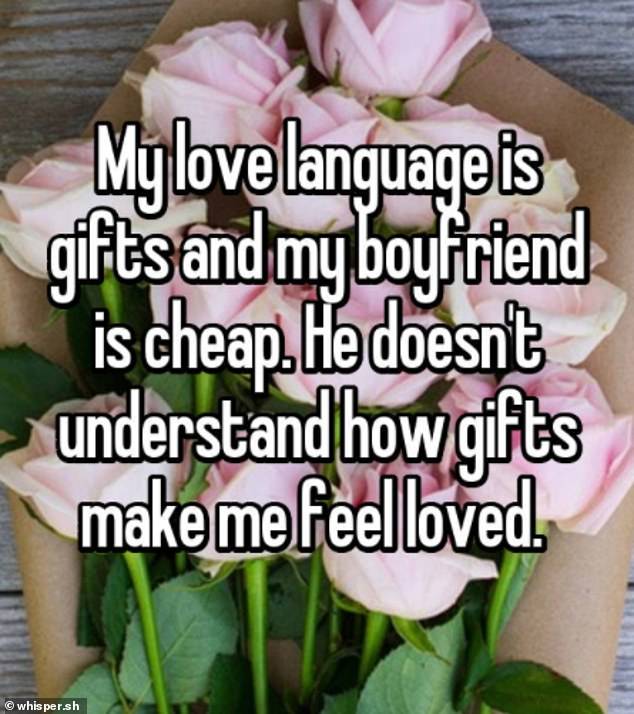 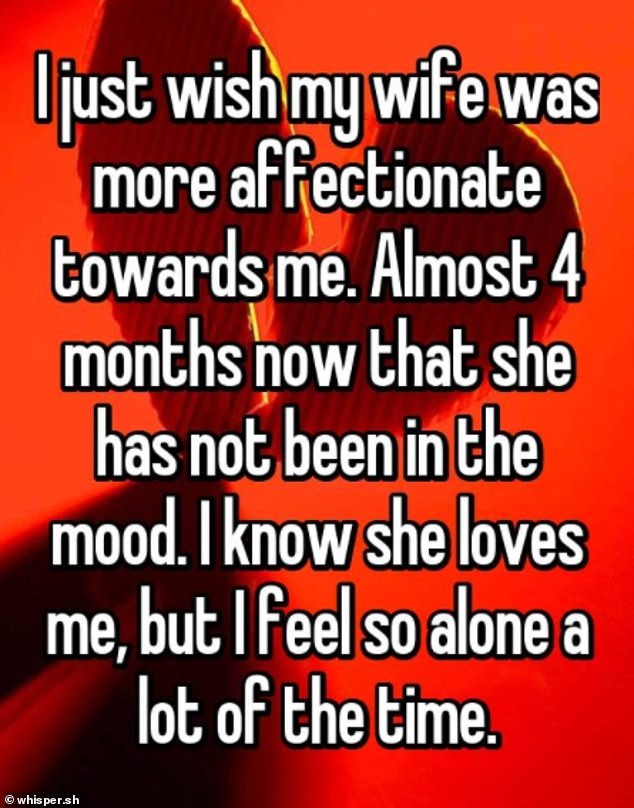 Another man, from California, said that he wishes his wife was more affectionate and that her lack of physical intimacy has left him feeling ‘so alone’ 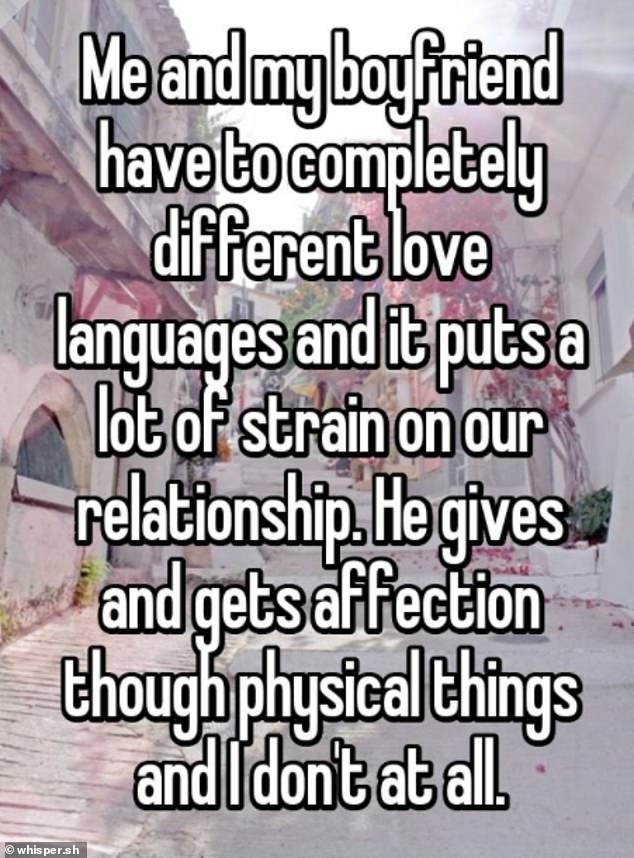 One woman, from an unknown location, confessed that she and her boyfriend speak completely different love languages and it puts a lot of ‘strain’ on her relationship