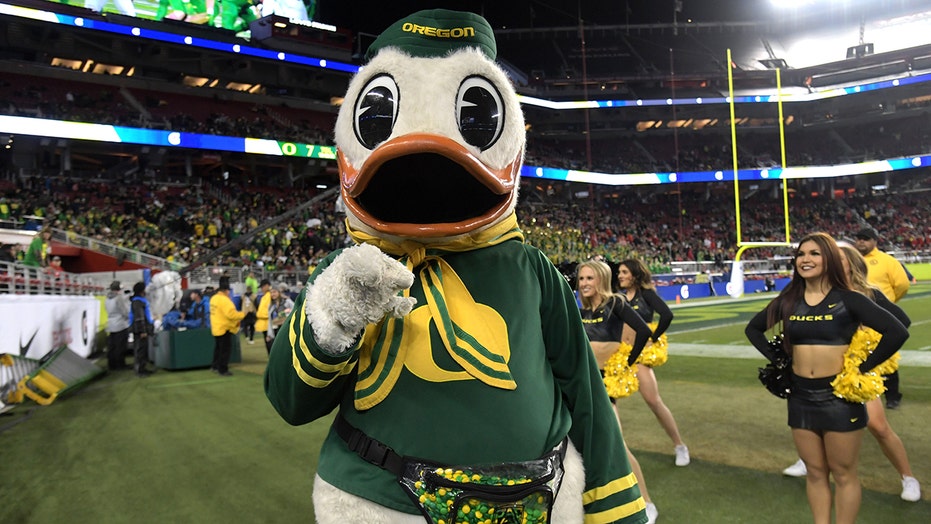 Most sixth graders discovering girls for the first time are left to converse about their Fortnite skills and TikTok views when trying to impress the opposite sex. Graham Simpson, a Tennessee sixth grader, can bypass the nerd talk and flaunt a college scholarship offer to any interested coeds. The 12-year-old Simpson has recently been offered a football scholarship from Oregon, which should cement his yearbook status as “most athletic.”

The Ducks were quick to offer Simpson a full ride after video surfaced (by way of Simpson’s brother) of the youngster tossing a 45-yard touchdown.

Simpson’s brother, Ty, posted video of the 45-yard bomb to his Twitter account and tagged the Alabama football team saying: “I got another one for you!” Ty Simpson is one of the nation’s top quarterback recruits who has already committed to the Crimson Tide.

Though Ty’s tweet was meant for the eyes of Alabama, Oregon noticed the video and promptly offered the younger Simpson a spot with the Ducks.

“I got back from church, and my dad told me the Oregon offensive coordinator called him,” Graham told the Tennessean. “He said, ‘Do you know who that is?’ And I told him that’s Joe Moorhead.

“He said he wanted me to tell you you got your first offer.”

Graham’s early offer shouldn’t come as a surprise. His dad, Jason, is the head coach at the University of Tennessee-Martin, and Ty was recruited by Power Five programs when he was in the eighth grade. The combination of Jason’s experience and Ty’s recruiting process served as a benefit to the younger Simpson brother. “It’s good for Graham to have had the opportunity to watch Ty,” Jason said, via the Tennessean. “I think (Graham) knows Ty kind of blazed the path. It’s led to some funny discussions in our house.”

I have an idea which sixth grader gets picked first in gym class.

Tags: A, grade, Offers, Oregon, QB, SIXTH
You may also like
Celebrities News