Poor old Socceroos. All the way to Qatar and, like anyone in that emirate who commits blasphemy, buggery, espionage or religious apostasy, they find themselves in the Group of Death.

Having to play France, Denmark and Tunisia in the first round, only an extraordinary upset by Graham Arnold’s team can keep them in Qatar until the school holidays start.

Wait, what? Is theirs really the Group of Death? Group C – Argentina, Mexico, Saudi Arabia and Poland – think they have a sound claim on being the real Grupo de la Muerte. Then there’s Group E, comprising Spain, Germany, Japan and Costa Rica. With so many countries asserting that they’ve had the toughest luck, it begins to sound like the crucifixion scene in Monty Python’s Life of Brian. Consideration as the real Group of Death must also be given to Group G (Brazil, Cameroon, Serbia, Switzerland) and Group H (Portugal, Uruguay, Ghana, South Korea).

It’s not only the weather that will be too hot for daytime when the cup starts in a fortnight. The competition will be ferocious just to get through to the knockout rounds, which is what you want to see from a genuinely global sport. (The Group of Life, on the other hand, is definitely Group B, where England would have to do a real England to trip over on Wales, Iran and the USA.)

A similarly perilous path faces the Matildas in their World Cup at home next year. It’s kind of an honour having to get past Canada, Nigeria and Ireland in the pool stage. A Group of Death implies an authentic World Cup.

Meanwhile, seeing we have a few World Cups going on, let’s compare…. 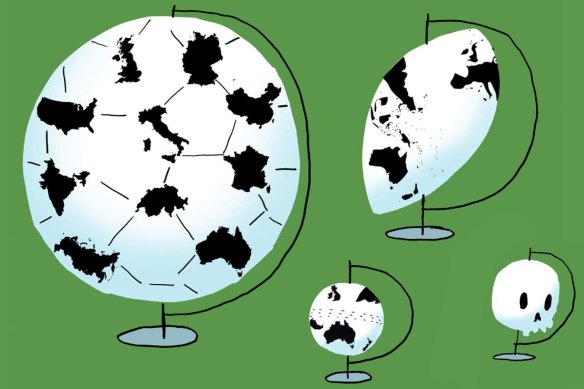 It will surprise nobody that the Rugby League World Cup under way in England is a celebration of life – Groups of Life. The average winning margin in the group stage for the top four seeds — New Zealand, Australia, Tonga and England — was 48 points.

Not only that, but the average winning margins for the next rank — Papua New Guinea, Fiji, Samoa and Lebanon — was 41 points. It being the Greatest Game of All, a lot of these matches were still entertaining, but more in the nature of semi-opposed exhibitions than genuine competition. Take me to Qatar and hang me if I’m proven wrong, but the RLWC quarter-finals also look like one-horse races. The real tournament starts at the semi-final stage, and maybe the real real showdown – Nathan Cleary versus Daly Cherry-Evans – won’t start until the final.

At this point the sound of chortling is coming from the private bar. Not so quick, rugby union. It might pooh-pooh rugby league’s claim to a global presence, but the league World Cup’s global pretensions are not far removed from rugby’s.

Yes, there are more rugby players around the world, and the 15-person code is better established in more countries. But the Rugby World Cup? Its declarations of globalism ring pretty hollow. It, too, meanders through three weeks of internal selection contests before getting focused on its finals, and it too opens the door to a tiny club of established nations while slamming it shut on everyone else. 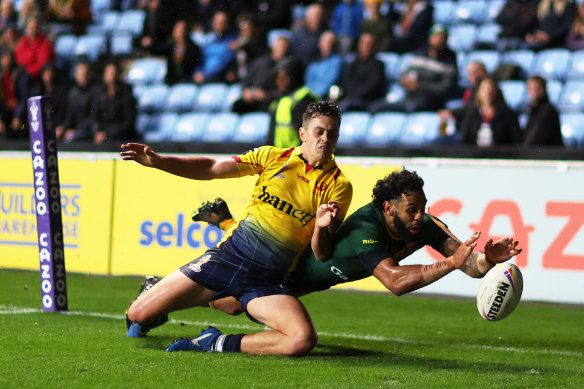 At next year’s Rugby World Cup in France, the Wallabies are drawn in a Group of Life with Wales, Fiji, Georgia and A.N. Other, a qualifying nation yet to be culled from Hong Kong, Kenya, Portugal and the USA. While this sounds like a marvellous travel itinerary, it also means that even the Wallabies at their clumsiest are virtually certain to make the quarter-finals.

This is at least historically consistent. Some pretty ropy Wallabies teams have gone far in past World Cups. The 2015 vintage made the final by virtue of beating Scotland and Argentina in the knockout stage. The 2019 team beat no tier-one opponent and still finished in the top eight. In 2007 they achieved something similar, while the 2011 team won only a single tough match, against South Africa, enough to land them in the semi-finals.

And don’t get started on the 2003 Wallabies, who beat one high-quality opponent, New Zealand, yet still went within a kick of winning the whole darn thing.

The Rugby World Cup can look down its nose at its league counterpart all it likes — and it does — but in the nine editions of its major tournament, the quarter-final positions have been filled by the usual suspects every time, with cameos from Western Samoa and Fiji (twice each) and Canada and Japan (once each). Even rugby league has managed more global diversity than that. 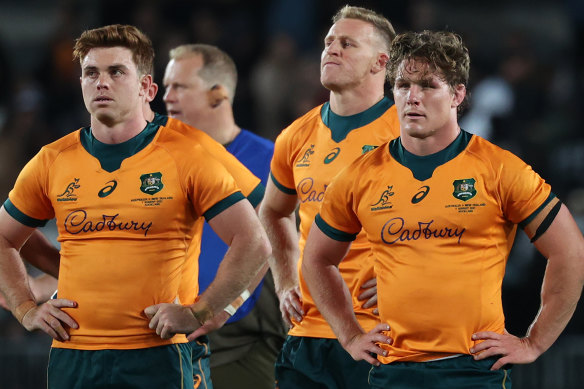 The Wallabies have been within striking distance of two World Cups in the last 20 years despite beating only one strong side en route to those finals.Credit:Getty

What to make of all this? It demonstrates that the FIFA World Cups are the only global football events where more than a handful of nations enter the tournament with hopes of winning and fears of being knocked out early.

Well, thanks, Sherlock. The real question is how tournaments might move away from their soul-sapping predictability. In this, it’s got to be said that cricket is leading the way.

I was wondering why the ICC Twenty20 World Cup had become so tense, deep into the pool stage, that not one semi-finalist is known and no team is undefeated.

At time of writing, Australia and Pakistan, former champions, look like being casualties. Both groups are Groups of Death. The eventual winner is impossible to pick. 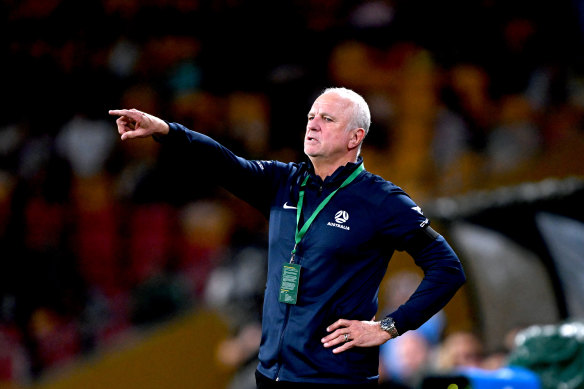 The elegant solution, which cricket has found, is to abolish quarter-finals completely. Eliminate an elimination round, and you give urgency to every match. Neatly, it repeats a pattern of previous cricket World Cups, in which semi-final and final appearances, and final winners, have been so evenly distributed that the seven tournaments have seen six different champions.

This is a system that works, and one that the rugby codes, if they can swallow their pride, would do well to copy.

Instead of aspiring to the worldwide status of football, each event ought to maintain high-tensile competition by tailoring its format to its own modest size. Vive la difference, as they won’t be saying at the RWC in France next year.

If you want edge-of-the-seat entertainment from the first day till the last, get rid of the soft ride and long live the Group of Death.