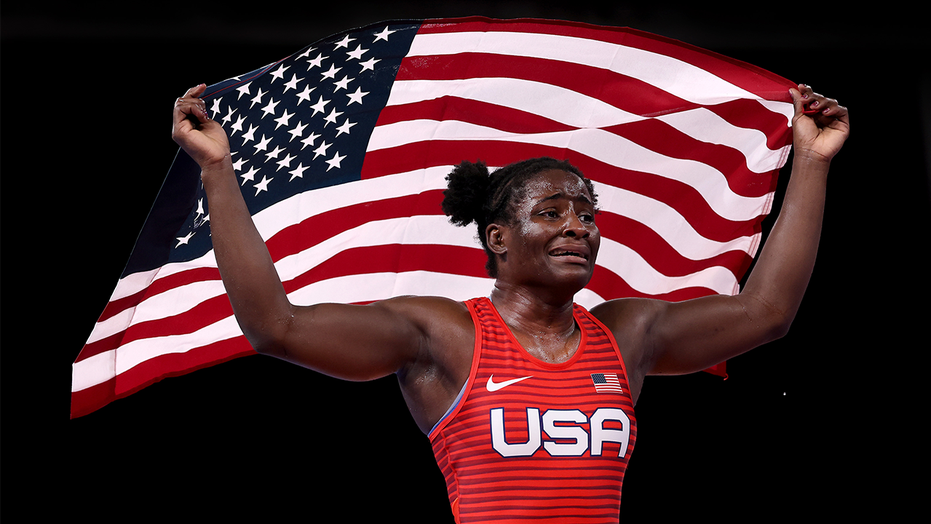 Tamyra Mensah-Stock’s career as a professional wrestler has taken her all over the world, but for her, there’s no country she’d rather represent on the world stage than the United States.

Mensah-Stock, 28, spoke to Fox News on Thursday to discuss her gold medal win in the women’s 68-kilogram freestyle at the 2020 Games earlier this month and the viral moment after her match where she proudly said, “I love representing the U.S., I freaking love living there.” 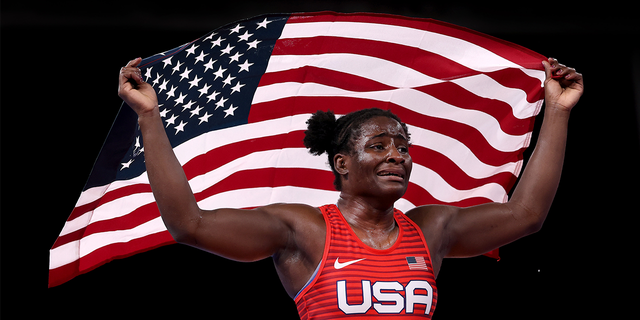 Going into her final match against Blessing Oborududu of Nigeria, Tamyra Mensah-Stock said the only thing on her mind was to just "wrestle smart."

The Texas native said for those who choose to protest the flag or who don’t necessarily share the same enthusiasm for America as she does, that’s their right.

For Mensah-Stock, the message she hoped to share after the Olympics was one she hoped everyone could relate to.

“My mom, my dad, they all taught me to be respectful, love people and during this pandemic, a lot of people didn’t get a lot of love, and so when I won — I don’t know, God gave me this platform and now I just want to tell people, ‘Guess what? I love you. You’re loved, you are not alone. I know we’ve been alone during this pandemic but guess what? You’re not alone. We stand together.’”

Mensah-Stock’s selflessness is something that carries over to her training. In fact, she told Fox News she really struggled during the lead-up to Tokyo because the focus had turned on her.

“The training leading up to Tokyo was extremely brutal. I actually felt like I did not want to be an Olympian because it was so incredibly difficult and just so focused and centered on me and I don’t like in wrestling, particularly, being the center of attention,” she said.

“How I help me is by bettering the people around me.”

Pulling her out of her comfort zone certainly worked. Mensha-Stock defeated the defending gold medalist, Sara Dosho, 10-0 in the first round. She then went on to beat Feng Zhao of China 10-0 by technical superiority in the quarterfinals before besting former world champion Alla Cherkasova of Ukraine 10-4 in the semifinals.

“At any point in time, I don’t like underestimating people because in 2016 that’s what I did,” Tamyra said of her matches. “I underestimated people when I knew I could win and I still ended up losing. That’s one of the great things about wrestling, you could be the stronger wrestler and maybe even the more technical, but if you’re not as smart that day somebody could take it right from under you.”

Going into her final match against Blessing Oborududu of Nigeria, Mensah-Stock said the only thing on her mind was to just “wrestle smart.”

“I just was going in that day making sure I didn’t underestimate any of my opponents and I was going to be stingy with every single point I could take.”

For now, Mensah-Stock is gearing up for the Wrestling World Championship in Osolo, Norway, beginning on Oct. 2, but she has her sights set on the next Games as well.

“Paris is in the cards. You never know what can happen, but at the same time God could lead me a different way and I’ll be OK, because first and foremost I accomplished my biggest dream — becoming an Olympic champ.”